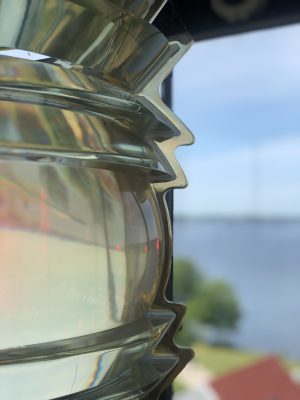 July 4, 2018 – Escanaba, MI –  Laid low on Tuesday and explored Escanaba; the name is of Ojibwa origin and it roughly translates to “land of the red buck,” others say it means “flat rock.” 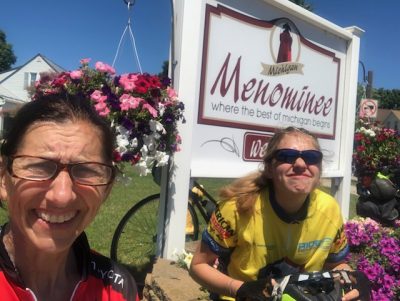 For those of you who may have missed it, I’m a solo act now as my partner in crime took a spill at the railroad crossing just as we were headed out of Escanaba. The whole thing happened in an instant.

I was thankful for so many things including the people who stopped to help, to the fact we both were wearing helmets, to the respectful traffic, to the guy who put Aud’s bike in his truck and hauled it up the hill and Debbie who stopped and drove Audrey to a safe space. 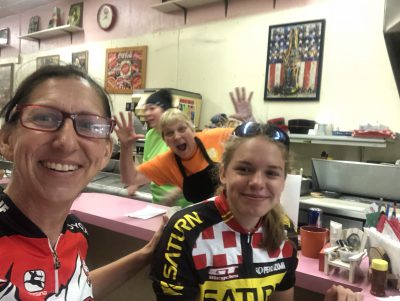 She is OK. She felt she hit her head and a quick call to her parents decided that six days on tour and 294 miles from Milwaukee to Escanaba was a pretty good summer adventure for a 15 year old. Again, Audrey is safe and doing okay after the spill.

Sand Point Lighthouse and museum are part of the Delta County Historical Society.

“One hundred percent of the items here have been donated,” she said.

Her most recent favorite is the doll house. 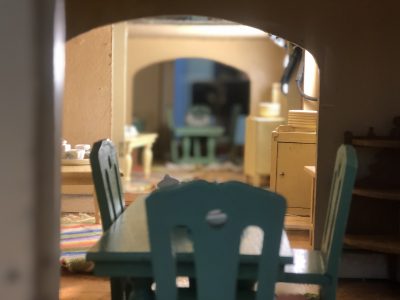 “I guess the parents of the person who donated it couldn’t bring themselves to heave it out,” she said. 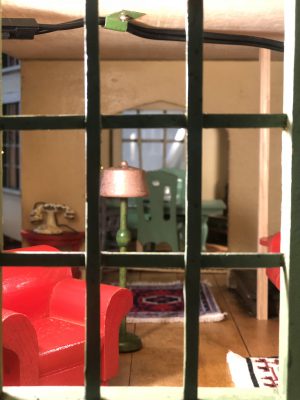 The museum contained a wonderful era of artifacts from living on the lake. There was a unique collection of log mark hammers used by loggers to stamp their timber before sending it down river. 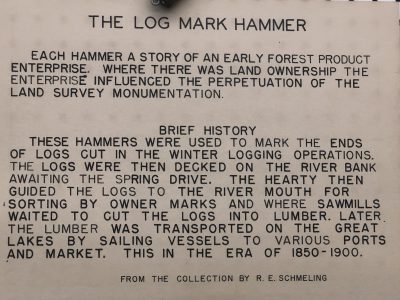 “They were rustlers who branded their logs and those came by the thousands and thousands down the river and were separated by brand to the various mills,” said Lindquist. 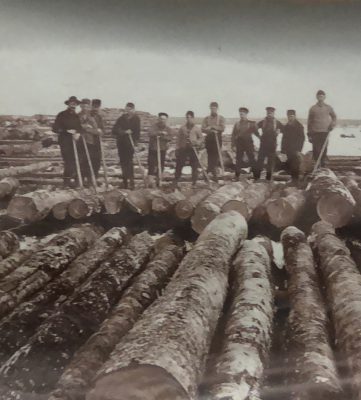 After the timber was harvested, farmers tried to make use of the land but it was just chuck full of stumps. One invention that was pretty popular was the One Man Stump Puller. The entrepreneur even used his wife, dressed in a skirt, to show how easy it was. 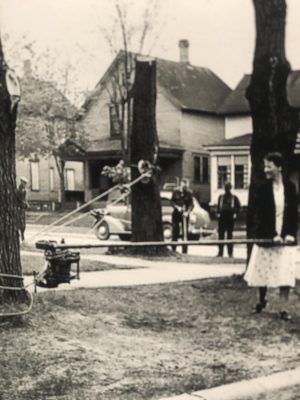 Another gem of the museum is the Fresnel lens that formerly sat atop Sand Point Lighthouse.

“Five years ago we were told to take it indoors because it was sensitive to the outdoor conditions.” 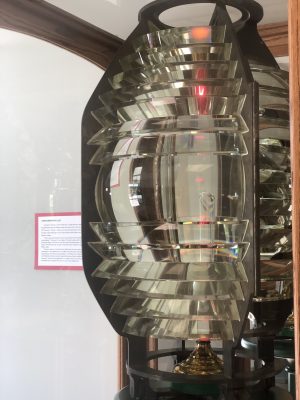 The lens, according to Lindquist is rare and valuable. “I was told that when Lighthouse would be decommissioned by the Coast Guard they would take them down to the beach and beat them with a sledgehammer,” she said. “I’m told they destroyed many… but they were very valuable.”

The Lighthouse next door is a replica of the one originally at Sand Point.

Mary Terry was the Lighthouse keeper who lit the lamps from 1868 until her mysterious death in 1886.

The site is on the National Historic Register.

The original Lighthouse that stood from 1868 to 1939 warned mariners of the “spit of land that extended into Little Bay de Noc at the entrance to Escanaba Harbor.” The House of Ludington was a well-known local hotel with stories about its ties to the mob.

Built in 1864 by E. Gaynor it was renamed in 1871 after lumberman Nelson Ludington. 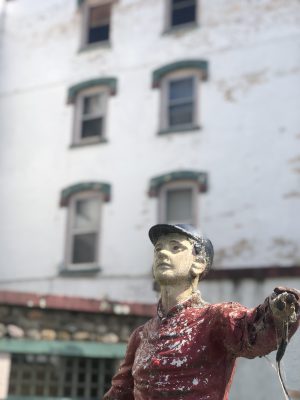 Then John Christie bought it, enlarged it and marketed it as the “only hotel in the city having baths, steam heat and electricity.”

At this time it’s mostly apartments and there was a restaurant but it was closed.

On a side note: Thanks to New Life Church for providing a safe space for me on Tuesday night.

I also appreciate the prayers for Audrey.

Onward today as I make my way to Whitefish Point and the Great Lakes Shipwreck Museum.