Menu
Menu
– Just before crossing the border into the states there is a wonderful distraction called The . I’m serious; the only thing that could make it better would be if there was The  on one side and The  on the other and Justin Timberlake would be the docent for all three. 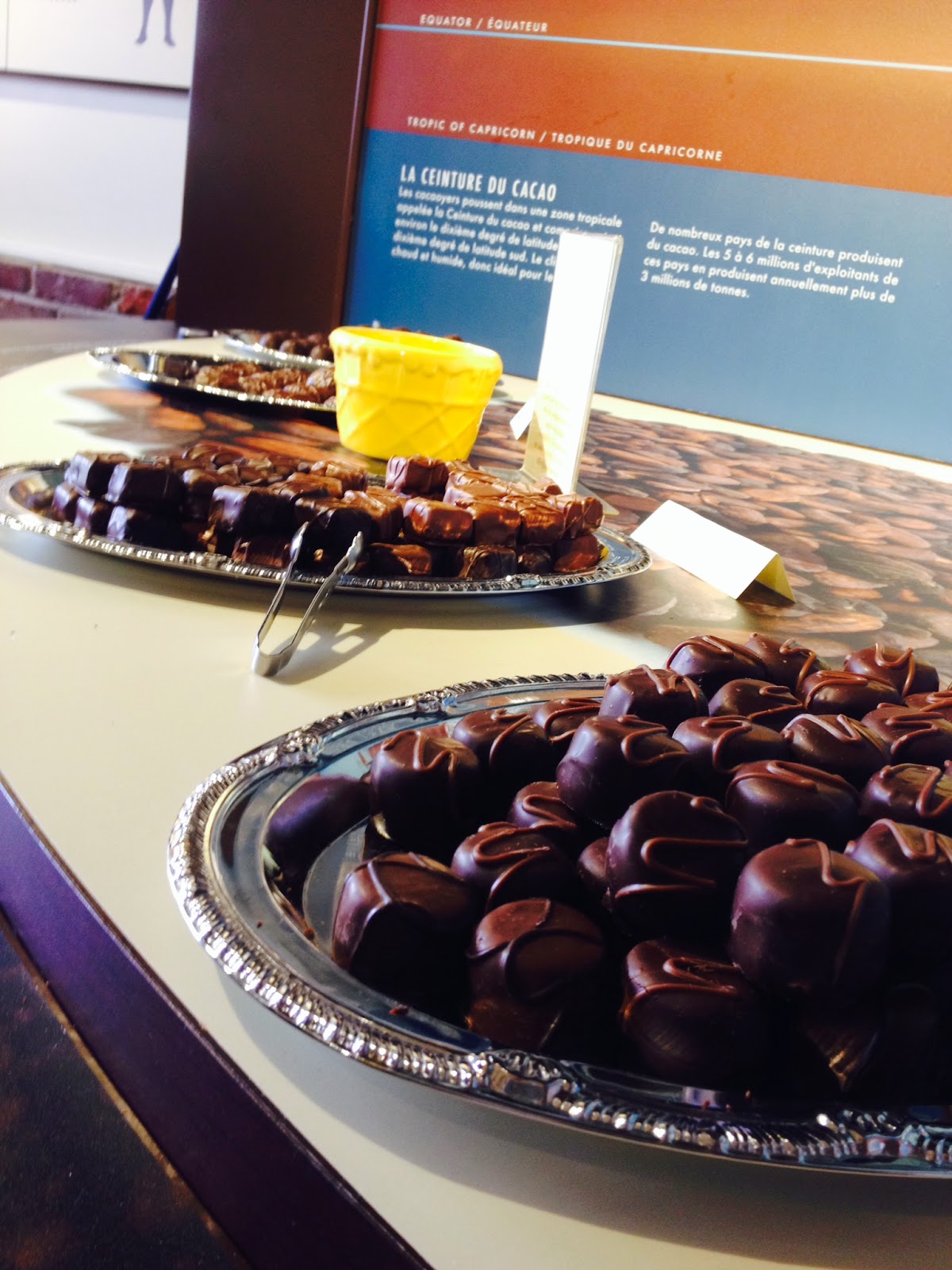 The , or Le Musee du Chocolat for all my French Canadian friends, highlights the Ganong family and their prestigious industry of hand-dipped chocolates. Established in 1873 as the Ganong Bros. Grocery, Ganong Chocolates is the oldest and most successful candy company in .

There were five generations of candy makers, including the founder’s son Arthur Ganong – who was known to eat three pounds of chocolate each day; translation: 83 pieces. 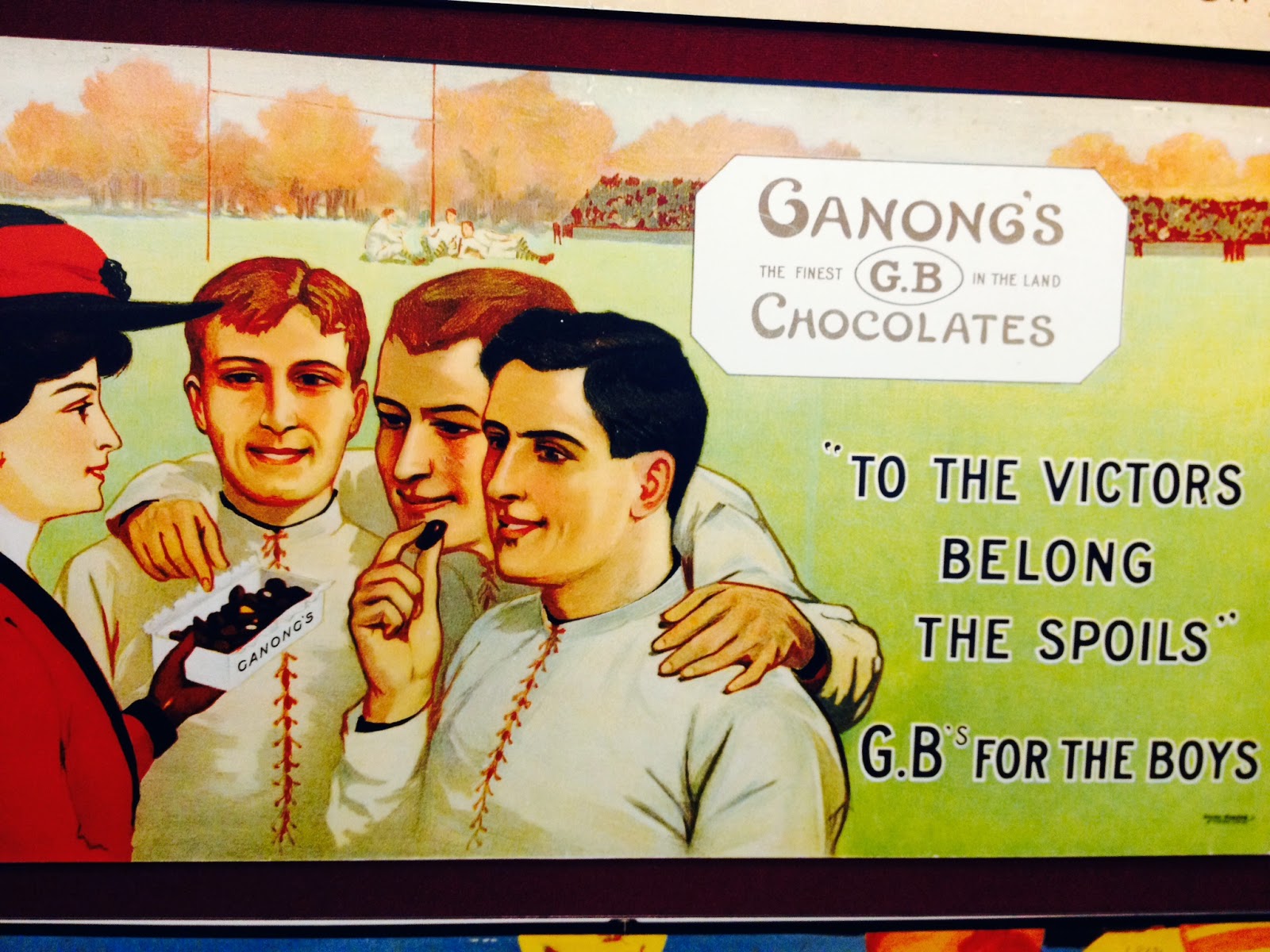 One of the earliest popular candies was known as the Chicken Bone; it was pink and had a cinnamon flavor; a hard candy with a bitter center. Through the years Ganong Bros. made lollipops with wooden skewers, developed a chic five-cent candy, and introduced the heart-shaped box in 1933.

The trademark of the company since 1904 was Ganong’s Evangeline. She was an Acadian heroine from Henry Wadsworth Longfellow’s poem. 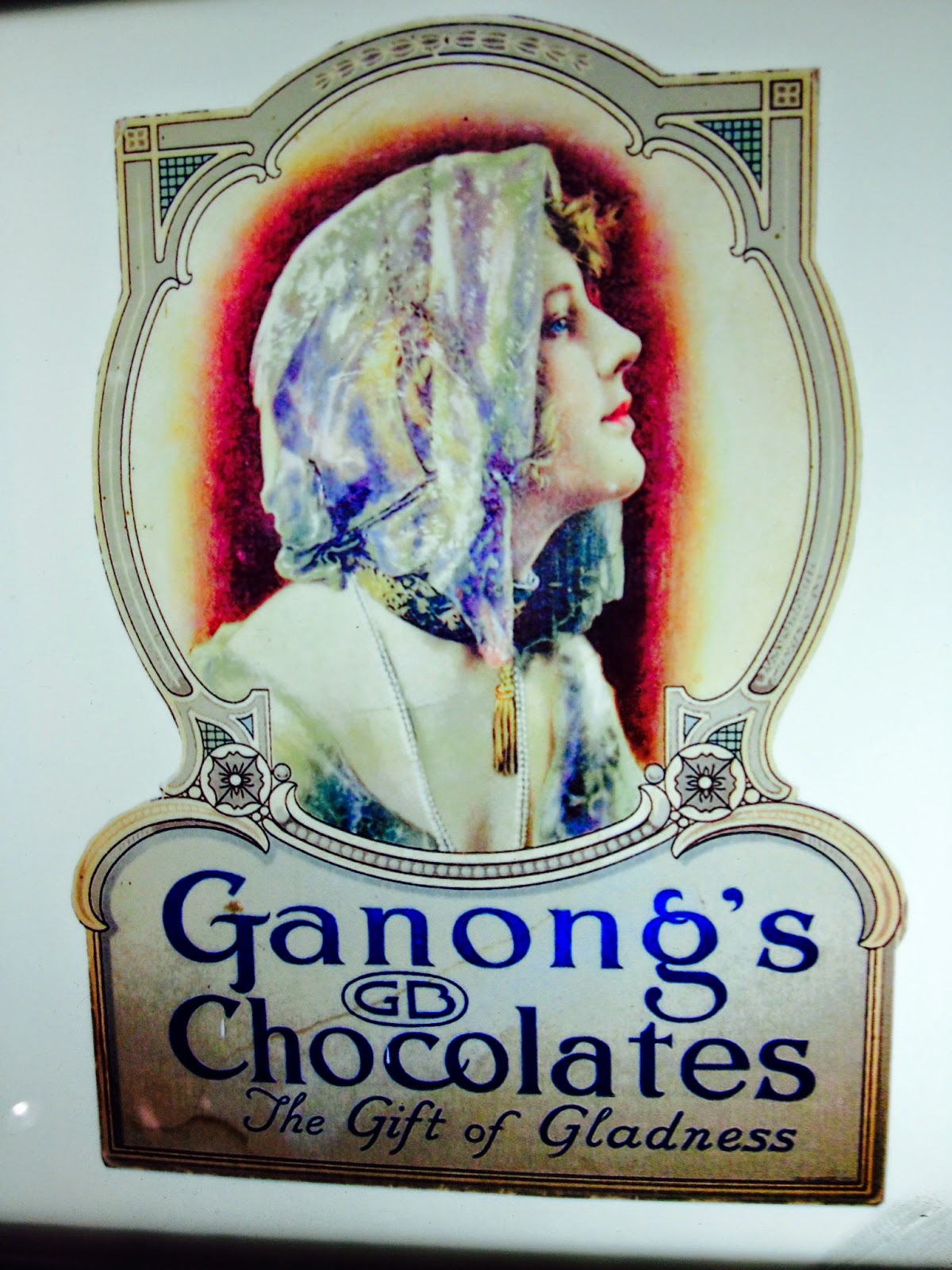 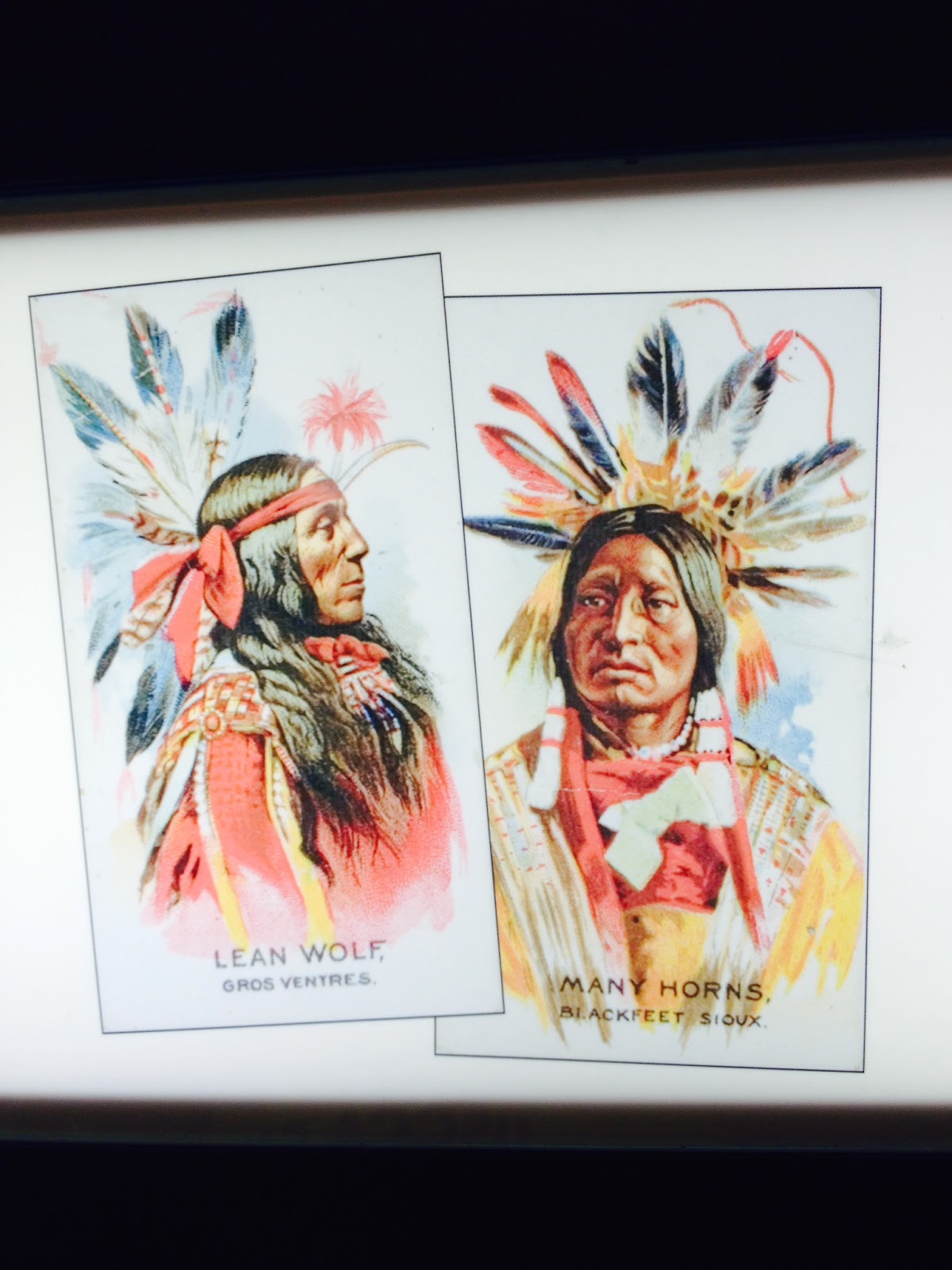 In the 1920s, following in footsteps of tobacco companies that sold collectible cards with their products, Ganong started putting trading cards inside their candy wrappers including Big Chief with Native American cards and then a series of rodeo cards. (Photo, left) 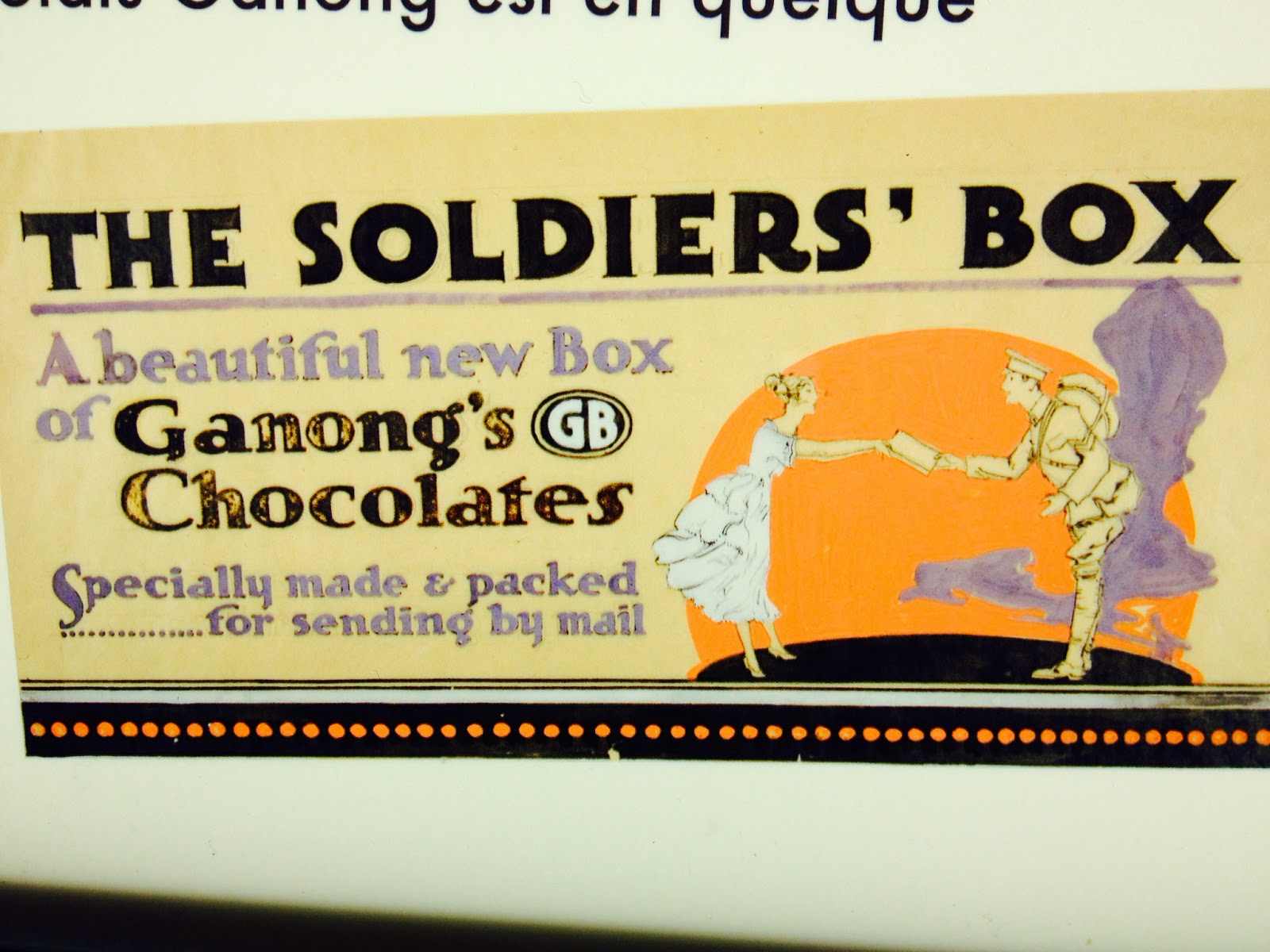 In the 1930s and 1940s Ganong made practical boxes for the candy where the boxes could be used as sewing baskets after the candy was gone. There were also patriotic boxes for wartime. (Photo, right)

The Ganong family highly praised its employees, especially the three months before Christmas which was the busiest season. Chocolate factory workers put in an extra four nights a week and Saturday afternoons to complete the orders. 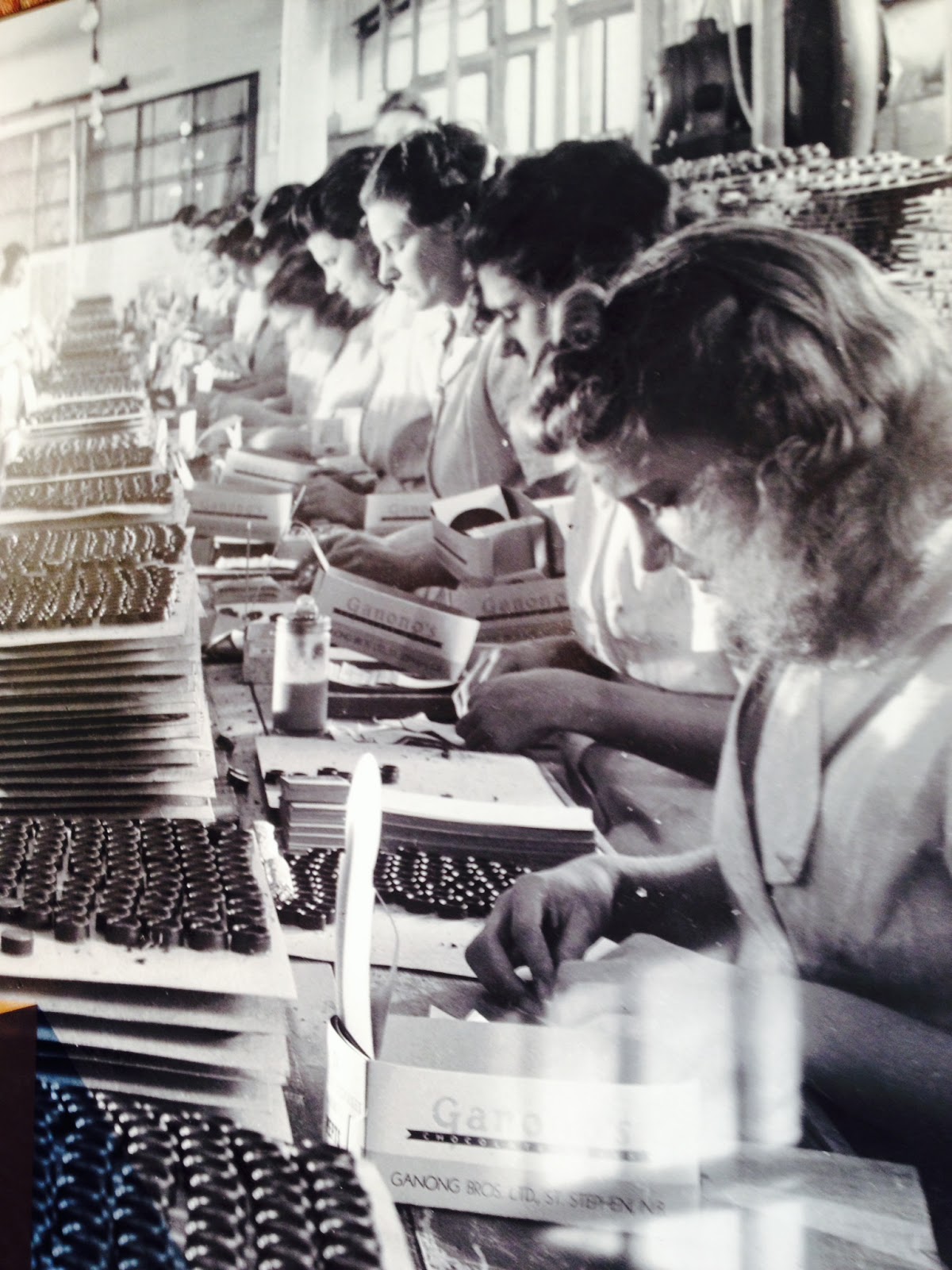 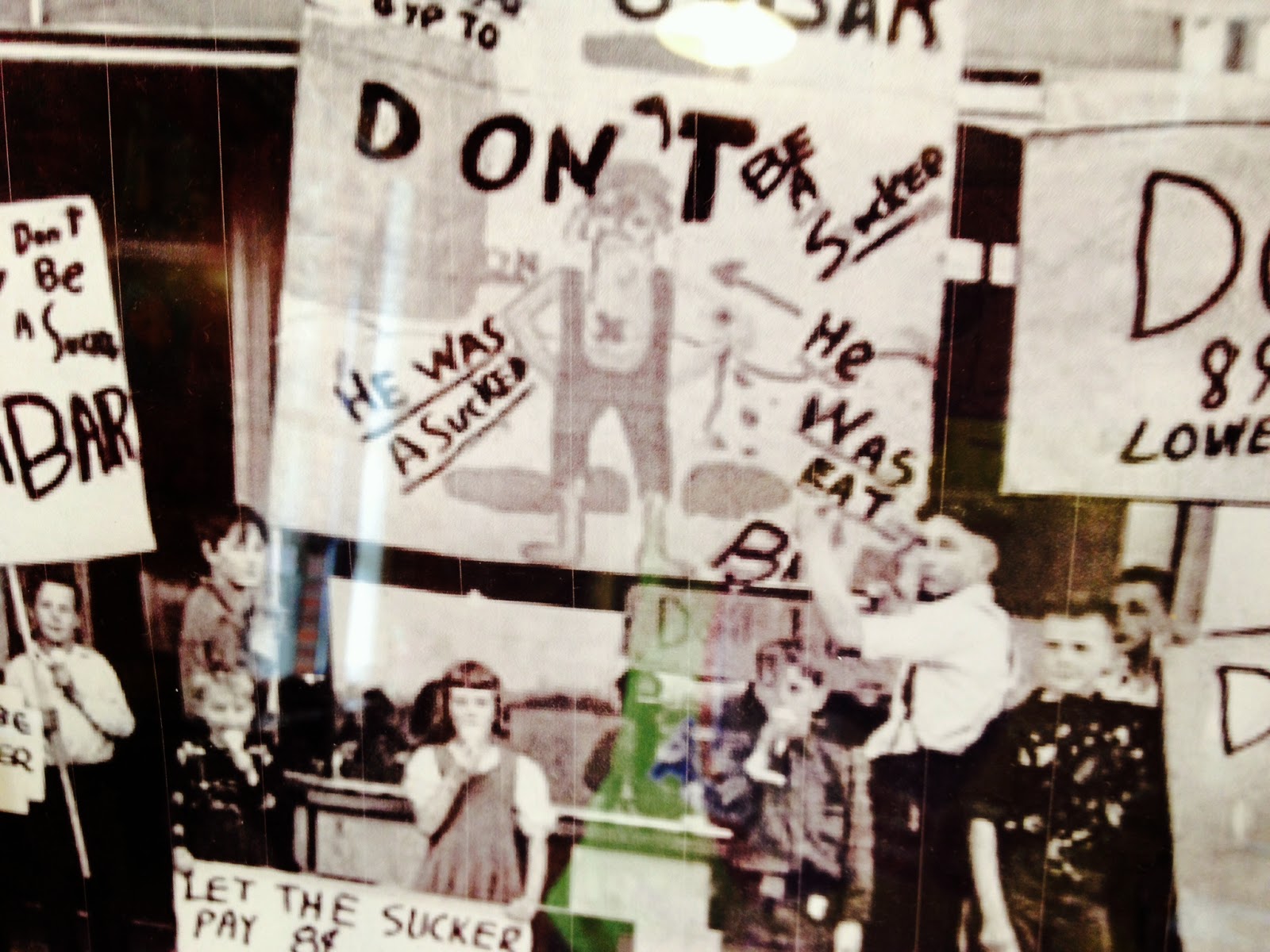 This photo from 1947 shows the ‘Candy Bar Wars’ when children across Canada protested the increase in candy bar prices from 5 cents to 8 cents.  (Photo, left)

The company was specifically known for its hand-dipped product which had two to three times more chocolate, per piece, than chocolates that were mechanically coated. During its hey day as many as 130 women worked at the job dipping candy pieces into vats of chocolate. (Photo, below)