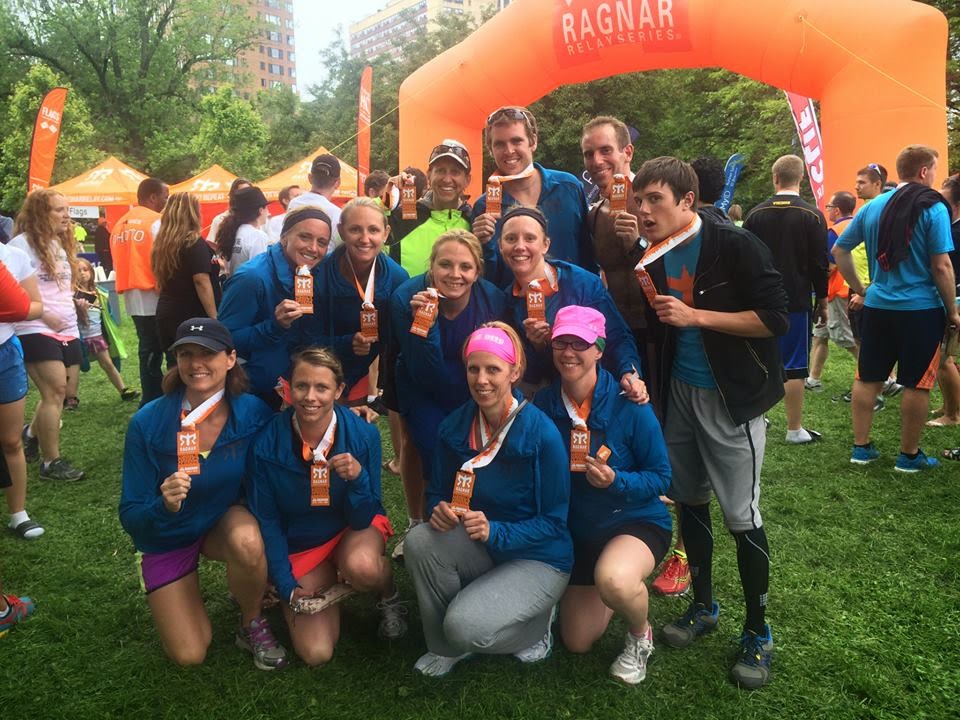 Took a break from the bike and spent the weekend leapfrogging 196.1 miles running with a team from Madison, WI to Chicago, IL.  It was the Ragnar Run: an overnight relay race that makes testing your limits a team sport. I was with team “Dude, Where’s my van?” which was organized by captain Amanda DeRuyter.

Behind the scenes: Exhilarating Friday and Saturday, traveling with six people in a van, chasing between 3-and-9 miles down the road until the next transition point when we finally reached Chicago. We ran in (what felt like) 90-degree heat. We ran at 2:30 a.m. in the dark – which felt very Sunday-morning paper route. We cheered everyone’s success – including our competition.

– Awesome view of the back roads, trails, communities, and small-town businesses including a stop at Franks Diner in Kenosha. A regional institution that mixes a flamboyant staff, with a cozy elbow-to-elbow crowd, topped off with a hearty menu that features an item called The Garbage Plate: start with five eggs and use your imagination along with anything you find in the refrigerator drawer.

Franks was a step back in time. The diner was the size of an old railroad car – with a couple additions. It dripped heavy with butter, personality, and an ‘order-what-you-want-eat-what-you-get’ sassiness. Franks Diner has hosted many celebrities since 1926 including The Three Stooges, Lawrence Welk, Bela Lugosi, Duke Ellington, Liberace – – and now the Ragnar team ‘Dude, Where’s my van?”