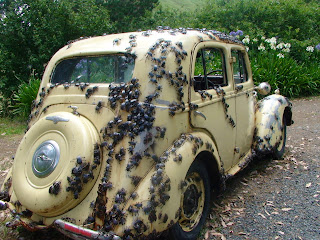 Bug ‘art’ from a sculpture garden outside Hamilton 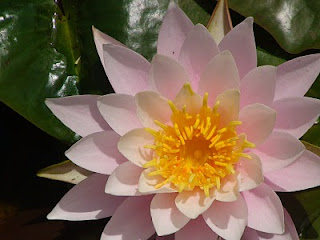 ABOVE: Flower is from a lake in Hamilton
BELOW: Little girl is in a fix while feeding the birds as she is driven to the picnic table for safety. 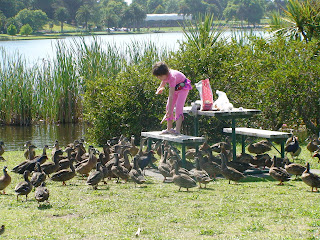 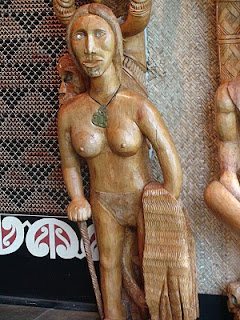 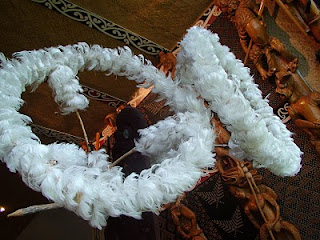 Mountains, below, are outside the New Zealand desert. 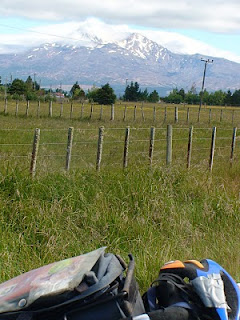 There was a weather warning issued for Tuesday; rain the entire day with extremely strong winds. I was safe at the Rainbow Springs Backpackers Hostel in Taupo, but felt the need to push along.

Hopped a bus to Hamilton and found the Waikato Museum, which had a fantastic collection dedicated to the stories, art, history and culture of the Tainui community.

There were fabulous carvings and a life-size Tainui canoe complete with rings of white feathers.

By the time I left, I found a hostel for $29 for a single room. The guy who owned the facility tried to get the most use out of all his space and that’s me being nice. I knew it would be interesting because the cubby-hole office was such a mess and he wasn’t in it.

We climbed the narrow stairway – sideways; by the time we got to the top I thought we’d discover stalactites. The rooms were sectioned off into pods A and B; there was a shared bathroom. The shower was like climbing into a high school locker; washing up sounded like you were wrestling a bear in a beer can.

I had pod A and felt like Alice in Wonderland after eating a piece of cake. There was enough space to do the Hokey Pokey, so it would do for the night.

I’m not complaining, not much anyway.

I figured New Zealand was an adventure and this was part of my combo-platter of life.

New Zealand is stuck in the 80s, at least as far as music and movies are concerned.

I think I’ve seen about every Tom Cruise film ever made. Turn on the TV and it’s Tom-Cruise-something flipping a bottle of booze or giving a Top Gun windmill high five..

I asked if he died and this was some sort of tribute to his work. Sorry to say but Nicole Kidman really settled there for a while, didn’t she?

As far as music is concerned it’s Annie Lennox and Eurythmics, Bon Jovi and Cory Hart is still sporting his sunglasses at night.