The Sinclair dinosaur is well represented.

Foxbower the pink dinosaur was commissioned in 1959 as a roadside landmark for a local museum.

A bit further north of Hernando Beach on Highway 98 is a display that would give Jerry Zingsheim a run for his money. The giant sharks and other undersea creatures draw attention to an event to swim with the manatee. 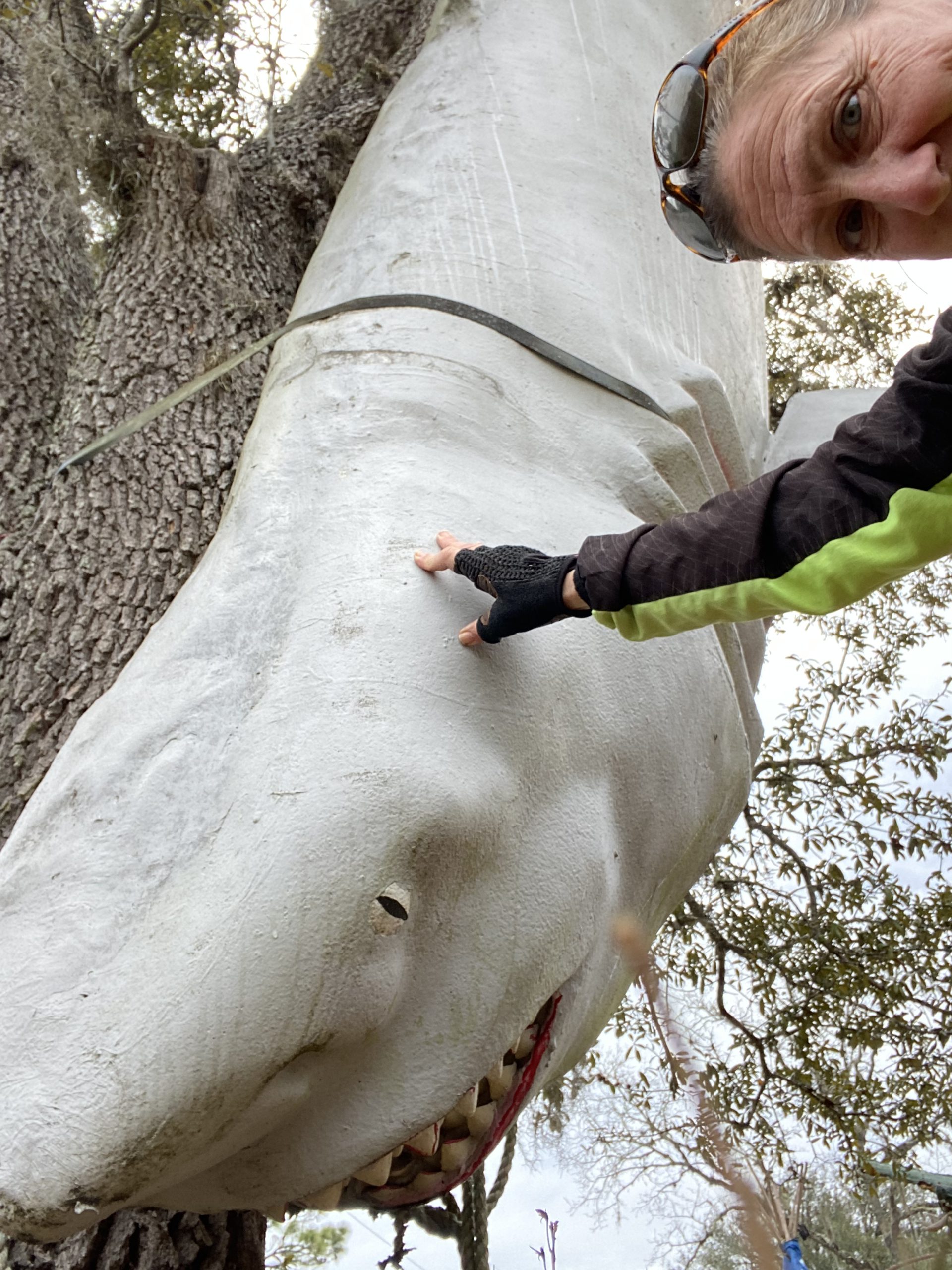 On the Sun Coast Bike Trial, some artists have painted logs and tree branches.

Always some treasures when you’re traveling slow on a bike.

He made his last official major-league appearance in a Dodgers uniform.

After his playing days were over, Ruth maintained his dream of managing in the big leagues. In June 1938, he was hired as a first base coach for the Brooklyn Dodgers. Ruth entertained fans by taking batting practice and appearing in exhibition games, but the struggling Dodgers used the “Sultan of Swat” mainly to sell tickets. When the manager’s job opened for the 1939 season, the Dodgers selected captain Leo Durocher over Ruth, who did not return to the team.

“Have I not commanded you? …  Be strong and courageous. … Do not be frightened, and do not be dismayed, for the Lord your God is with you wherever you go.”  Joshua 1:9