July 8, 2017 – Volendam, Netherlands – Came across this great bike while leaving Volendam. Wooden feet carved into a front wheel and on the cart. 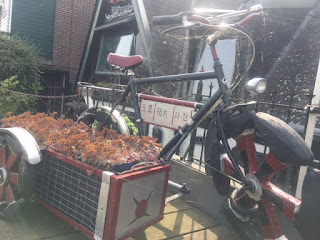 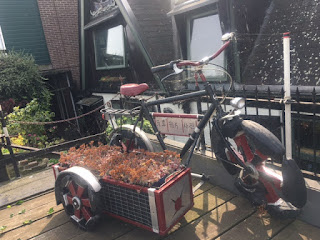 Do you see what I see? Come along for the ride…
I read about farm camping before I left on tour and this little farm just outside Edam was fantastic.
A parade of nosey ducks were at my home base in minutes as I started to unpack.
Initially I thought it great country hospitality but then I figure out it was they’re normal scam as everybody fed the cute ducks. And yes, it was hard to get them to leave after you gave them a little bread. 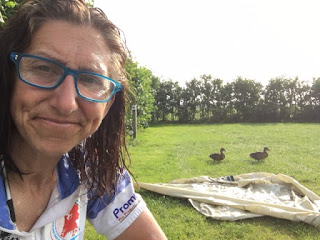 The working farm also had chickens and a dairy. 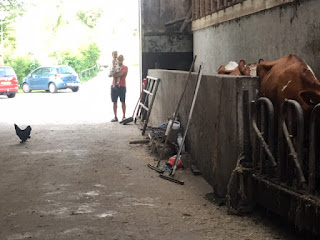 My neighbors Gerard and Corrie van Paridon were across the way. Corrie carried on a long conversation with me in Dutch. Finally I went and got a young translator at the campsite and she said Corrie was inviting me back for coffee when her grandsons would get there and they could translate.
Floris and Matthijs from Bussum arrived about an hour later and we chatted about their grandfather starting a trucking firm, how he was a great historian and how the couple had a huge family that would come visit while they camped. 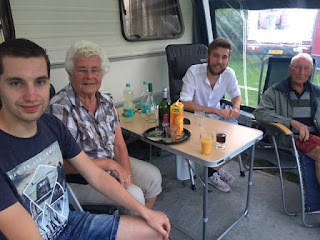 Everyone is so welcoming even when you don’t know what anyone is saying.