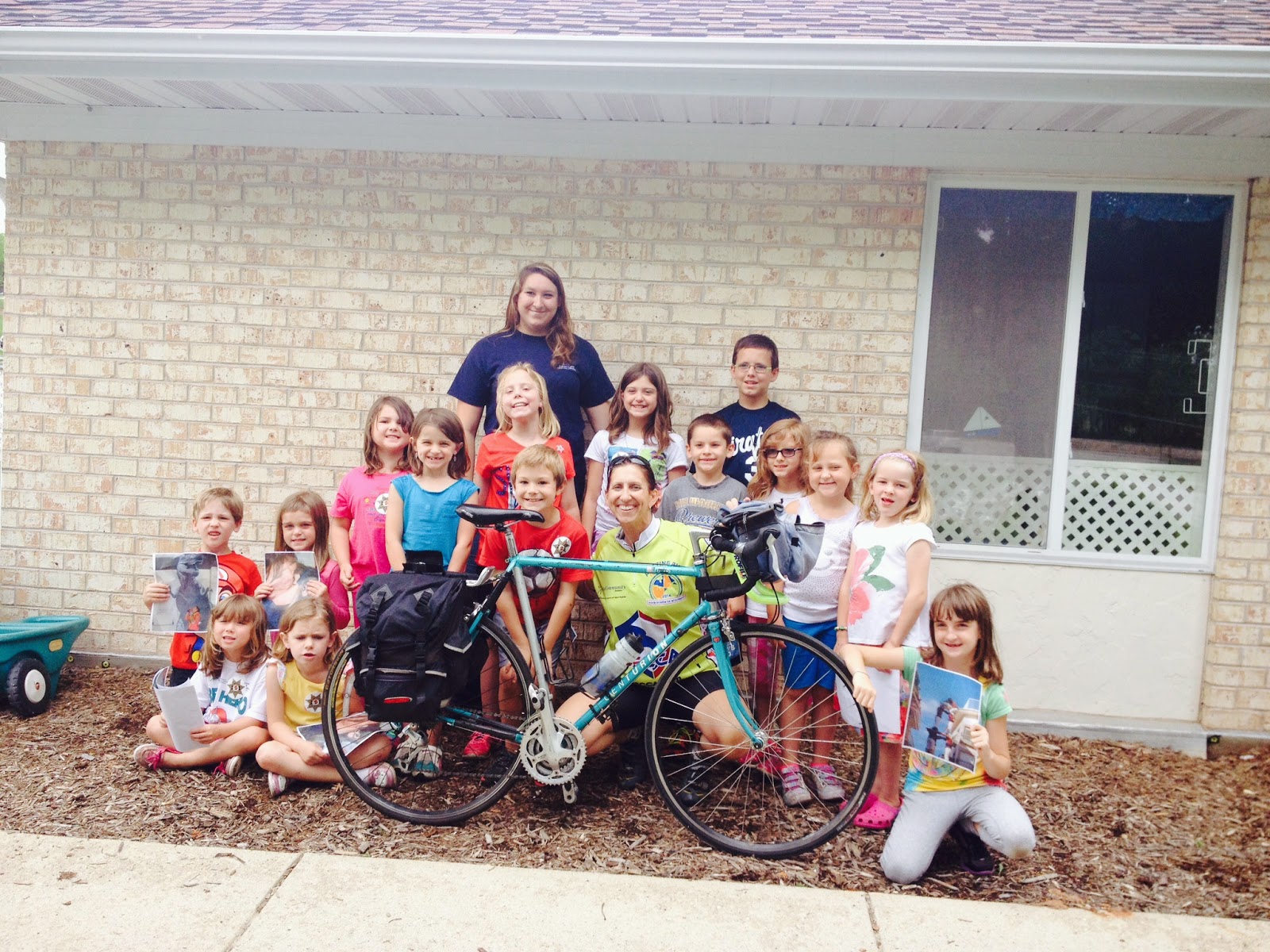 GREEN BAY – Before taking off this week I had the opportunity to speak to the class at KinderCare Learning Centers in Green Bay. The group was FANTASTIC! Very bright students that were not shy about asking questions like “how many miles from Nova Scotia to Wisconsin?” and “Did I ever run into any alligators or sharks?”

Every student helped identify some of my gear including a bike lock that looked like a walkie talkie, there was laughter about my half a toothbrush and a lot of ooooohs and ahhhhhs over the mini keyboard with which I write my stories.

There was only one small distraction when a 6-and-a-half year old boy noticed a chipmunk running through our make-shift outdoor classroom …. otherwise we managed to stay on task. 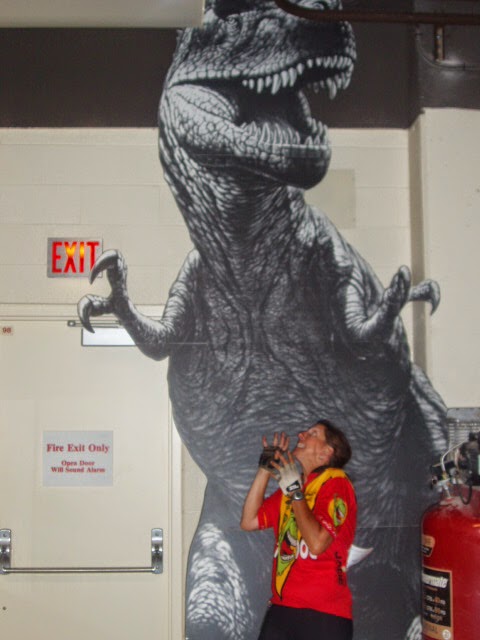 All students were given color photos of some of my animal encounters including a big brown bear from Montana, a baby spider monkey from Minnesota, and an intimidating Tyrannosaurus Rex I saw during a behind-the-scenes tour at the North Dakota Heritage Center in Bismarck, ND.

Since we were focusing on fitness all the KinderCare students, including a tiny 5-and-a-half year old girl, took a shot at dead lifting my steel-frame bike. The little girls was tiny, quiet and did a complete clean-and-jerk dead lift. No sweat. It was very Mighty Mouse. Then a line formed (see photo below).  I had to remind the students I normally rode my bike on tour…. I didn’t carry it…. but it was fun nonetheless. 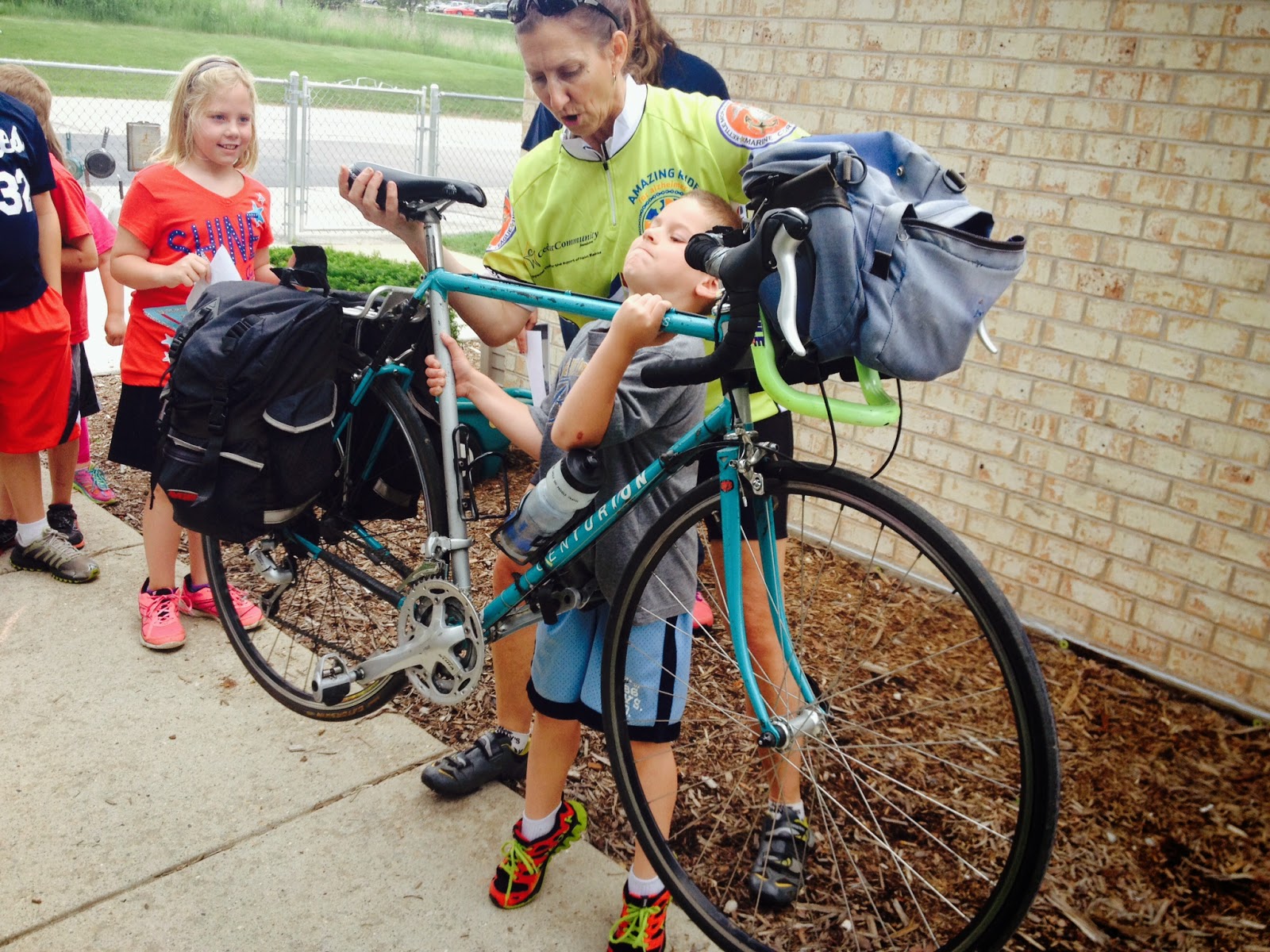 Flight leaves Friday for Nova Scotia.  Signed, Judy Steffes (age 50 and a half).