Menu
Menu
Toured the Albuquerque Museum and its Route 66 exhibit: Radiance, Rust, and Revival on the Mother Road. 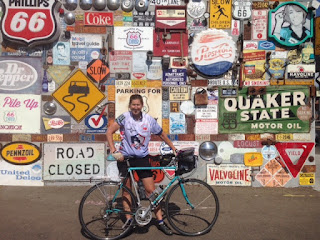 This is the 90th anniversary of Route 66 and the fascinating exhibit detailed a true pathway for adventurers, migrant workers, and tourists. 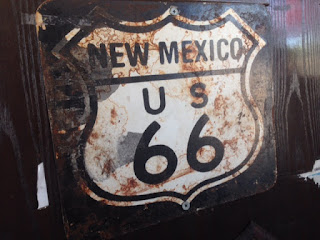 On a history note Route 66 had its beginnings in the Good Roads Movement, a country-wide effort to improve roads for bicyclists and, later, automobile enthusiasts.

In Albuquerque the largest employers were the Atchison, Topeka, and Santa Fe Railways. A Bing Crosby version of the song played in the background while walking through that portion of the exhibit.

A couple of tidbits included:

– John Steinbeck wrote the Grapes of Wrath in 90 days. The hardscrabble story about the Joad families migration to California won the Nobel prize in 1962.

– There was a Negro Travelers’ Green Book published 1936-64. It provided African American tourists with information they needed to travel comfortably.

Black travelers had to carry buckets or portable toilets in the trunk of their cars because they were usually barred from bathrooms and rest areas.

– In the 1950s Albuquerque had a new nickname The Neon City.

– There were quite a few stories about clever scams the locals concocted to take advantage of gullible tourists.

John Yellowstone told a story about how he lived close to the highway and his mom would at set up a shop on the edge of the road and weave little rugs. People would stop and his mother would ask if they’d like her kids to sing a song in Navajo for a Blessing on the road. The kids would sing a song with no meaning whatsoever and people would give nickels and mom would save and buy clothes.