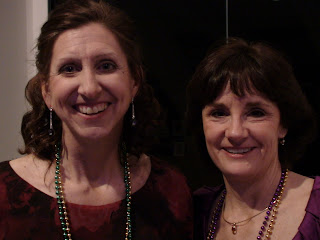 Quick update on the Ride 2 Remember tour: During a recent Alzheimer’s gala at the Milwaukee Art Museum I was able to chat with the guest speaker and former Olympic-champion speedskater Bonnie Blair. The five-time gold medalist talked about her career in the winter Olympics in Calgary, Alberta in 1988 and in 1992 in Albertville, France. There was no great training regime back then when Blair was just 19 years old, she said, “I just went and skated my heart out.” She referred to today’s approach to Olympic training as “a science” with a lot more attention to nutrition, weightlifting, and aerodynamic equipment.

The silent auction featured an autographed Corn Flakes® cereal box with Blair’s picture on the front and back; circa 1988.

The other big announcement is I managed to secure a primary sponsor for this summer’s tour.

Tim Schmidt with United States Concealed Carry Association has generously agreed to be the primary sponsor for this year’s bicycle tour. All proceeds from his gift will go towards Alzheimer-related activities at Cedar Community in West Bend.

Since I am headed for three weeks in the wilderness and beauty of Alaska, Tim also volunteered a course in self defense and concealed carry. In the past I never carried more than pepper spray on my tours; that was until this last outing from Florida to Wisconsin when a retired Army Colonel handed me a gun after we met at a small diner for breakfast.

I’ll keep you all posted on my progress.

We are wrapping up the opportunity for corporate sponsorship for the tour since I’ve got to craft the tour jersey. So far I’ve received support from other companies including Time Investment Company of West Bend, Wiedmeyer Express of Kewaskum, American Metal and Paper Recycling Inc. of West Bend, and Kilian Management of West Bend.

If you’d like to support the Ride 2 Remember, details are posted below on the various sponsorship levels. Feel free to contact me at [email protected]. This summer’s tour leaves at the end of June.