July 6, 2017 – Weesp, Netherlands – Dodging the rain tonight as I camp just outside Amsterdam. 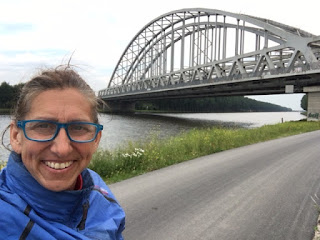 A couple from Scotland are my neighbors. They’re touring the Netherlands on bike along with their 13-year-old son Finn.

The weather caught us all by surprise this evening. We all thought the rumbles of thunder were planes taking off from Amsterdam. 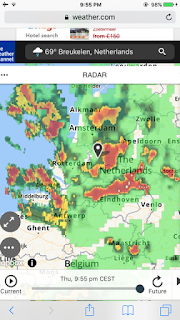 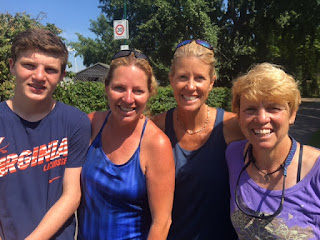 This is Finn’s first tour. He’s been sunburned. A fair skinned ginger, Finn is a tough kid that enjoys the biking, seeing the sights … and the food.

I made it out of Breukelen this morning and chased these women off the road. One yelled and I could tell they were from the states; three sisters on vacation with their families in the Netherlands.

Moving from south of Amsterdam to northeast and a more cultural experience, from what I’m told…. i.e. wooden shoes and authentic dress. 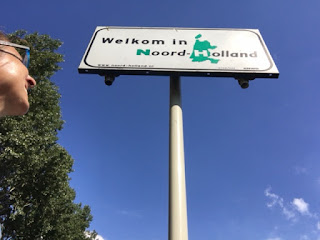 Not sure if this is a Dutch treat like the heavy cream Gelato in Italy but the line was out the door so it had to be good. 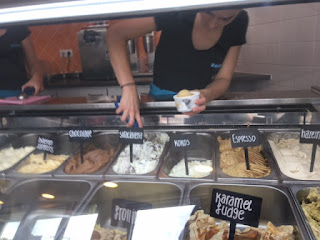 Coffee ice cream with Oreo cookie as a chaser. 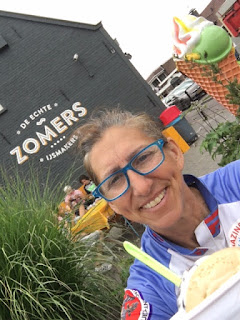 Another true cultural treat is the stroopwafel which is made from two thin layers of baked dough with a caramel-like syrup filling in the middle.
No way was there any thought given to eat a whole one. They were the size of a healthy pancake the likes of Breakfast on the Farm. 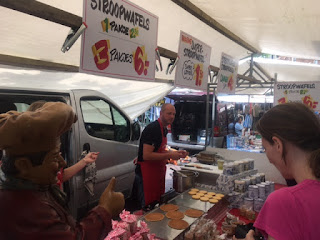 Biking into a new city and someone yells, “Judy.”

It is oddly someone I know.

Jan and Ria Noordmans from the last campsite. I joined them for coffee. Ria is a nurse who works with people who have had stokes and Jan is a former insurance agent with a volunteer spirit. 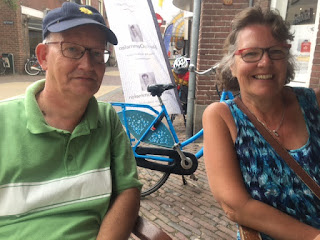 One of many tree-lined bike paths in the Netherlands. 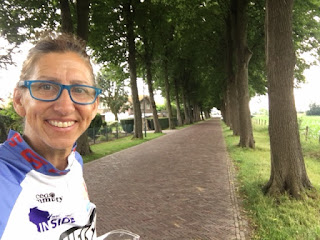