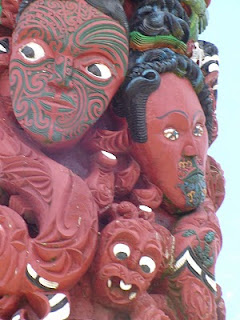 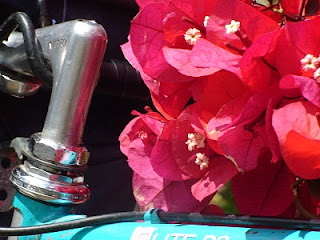 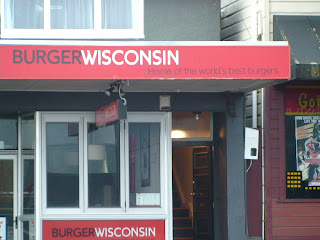 Chain store, Burger Wisconsin…. It’s in NZ, but not in Wisconsin, as far as I know
Friday Dec. 10 … or is it Saturday?? I’ve reset my watch three times … always turning the clock back, but for some reason I’ve lost a day; it currently remains unaccounted for.
For the most part, things have been smooth. Flights on time, nice people, and managed to find my way around LAX with little problem.
Disappointed I haven’t once yet had a stranger ogle my pillowy-white lady parts as part of a security check in.
It did, however, take nearly two hours to check in at Delta Airline in Milwaukee and all because of helpful ticket agent No. 116834.
I’d give you her name, but her name tag was buried under a stack of name tags swinging from a cord around her neck. She reminded me of the lunch lady.
If my dad could have made up a name, he would have called her Dandy. Used in a sentence – “She’s a Dandy, Huh!”
“That’ll be $200 to check your bike,” said Dandy, kindly.
Seriously, the bike isn’t even worth $200 and the most I’ve ever paid to fly it is $80.
But she swiped my credit card and called VAustralia to see what charge she could tack on, on their behalf.
Persistence was Dandy’s strong suite. “VAustralia says it won’t cost anything to fly your bike from LA to New Zealand… that can’t be right”
I cheered the news. No. 116834 stewed and hit me with another whopper.
“Let’s see your VISA,” she said. I passed her the credit card again and she clarified, “Your travel visa.”
I knew I didn’t need one and she adamantly told me I did. “You can’t get into Australia without a visa.”
I explained that Australia was a stopover on my flight; a transfer point to Auckland. I wasn’t staying.
“And you’re not going, either, without a visa,” she said.
My heart was in a vicegrip from the stress. I carefully plan these trips.
Okay, I know I don’t know where I’m staying when I get to Auckland, nor do I know the bicycle route out of the airport, but I did know I didn’t need a visa.
Dandy silently, in business-like fashion moved to another computer. A woman checking her bags stood in front of her and No. 116834 totally ignored her.
I asked to use a phone and called my travel agent. He, too, said I didn’t need a visa, but Dandy wasn’t buying it.
I threatened to cry and have a heart attack. “Please, don’t do that – not here,” said Dandy with as much compassion as Glee cheerleading coach Sue Sylvester.
“Oh, wait – are you staying in Australia longer than three months?,” she asked.
To be clear, again, it was a stopover as I transferred planes.
“No, I guess you don’t need a visa,” said Dandy, scrunching up her face, flashing a weak “my bad” smile. Her half-hearted wink didn’t cut it.
Hoping to wrap it all up and move along, Dandy posed another delay. Apparently she didn’t want to wait on anybody but me.
“Let meee cheeckk onnnneee morreee thing,” she said, like she was trying to fill a 10-minute speech with two pages of copy.
“I can’t believe that other airline doesn’t charge anything for a bike.”
You’ve got to be kidding me. I could already smell myself sweating and felt sorry for the person seated next to me… if I made it to the plane at all.
MILWAUKEE TO MINNESOTA TO LOS ANGELES
At the Minneapolis airport I met Adam, a 30-something who resembled glam rocker Adam Lambert.
I noticed Adam when he checked in at boarding with his iPod. “It’s actually my cell phone. You call up the ticket and then it comes up like this,” he said, flipping through the palm-sized computer with ease.
“Give me your phone and I’ll show you how to do it,” he said.
Blank stare.
“It’s easy. Who’s your carrier?” I told him AT&T, but then outted myself and said I had no cell phone, just a land line at home.
“I didn’t know they made those anymore,” he said.
For the first time I felt smarter – in a tangled 30-foot-yellow-cord kinda way.
I explained my technology-challenged lifestyle, biking and reporting from the road, using WiFi at the public library and tapping stories out on a mini-keyboard and computer screen. I gave him my business card and numbers and such.
“I can’t believe you do all this without a phone. That’s actually pretty amazing.”
I felt impressed with Adam’s opinion of my low-tech status.
By the time we boarded the plane, Adam turned and while taking his seat said, “I’ve bookmarked your web site and sent you an e-mail so you can get a hold of me.”
Well, I’ll just get right to that when I arrive at my next library. It’ll be like a little gift awaiting my arrival.
THE AUSTRALIAN AIRPORT…
The Australian Airport is enormous and looks more like a shopping mall than an airport. There are genuine full-fledged stores, not kiosks. Shoe stores stocked with furry Ugg boots. Must-have trinkets, i.e., a wombat in a can, didgeridoo, or boomerang. A Wiggles store dedicated to everything Wiggles. Fine chocolate, men’s clothing, jewelry – good shopping if you won the lottery.