Menu
Menu
Kenosha, Wis – 90 miles and it was a long and adventurous day on the bike. Started by getting lost in Indiana. Found my way to the bike trail and proceeded to cross into Illinois and the unknowingly cross back into Indiana.
A couple of off-duty Chicago police officers, Ed and Dana, got me back on course.
They asked where I was from. I said, “West Bend – north of Milwaukee but not as far as Green Bay.”

GB was NOT the right thing to say. They winced in unison.  I forgot I was in Bear country. 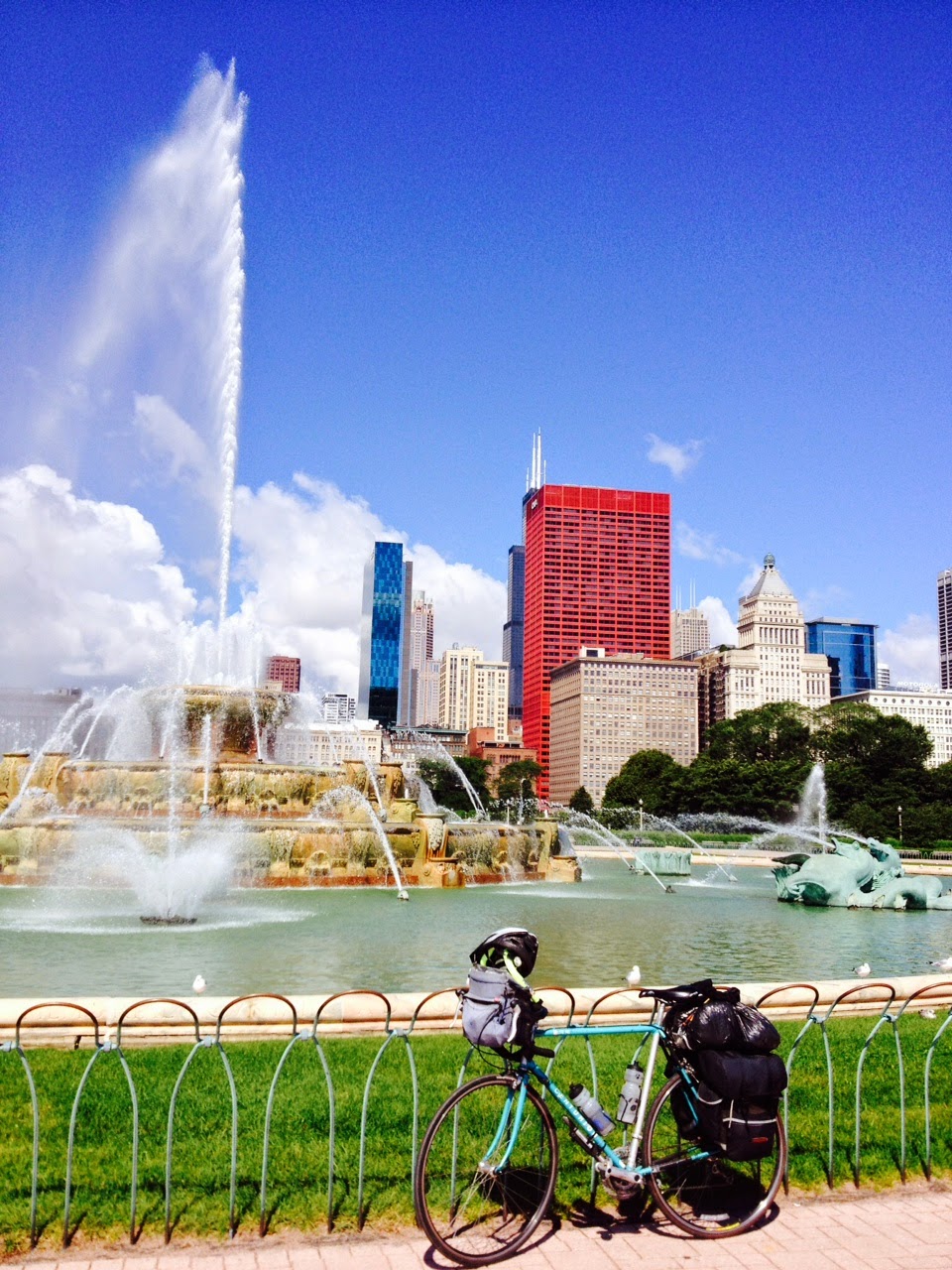 Easy path up Chicago’s lakefront – took in some of the sights…
… even helped one young man from Belize fix a flat. “You are an angel,” he said. I gave him my spare inner tube because he had two holes in his tube and a patch would have never held. 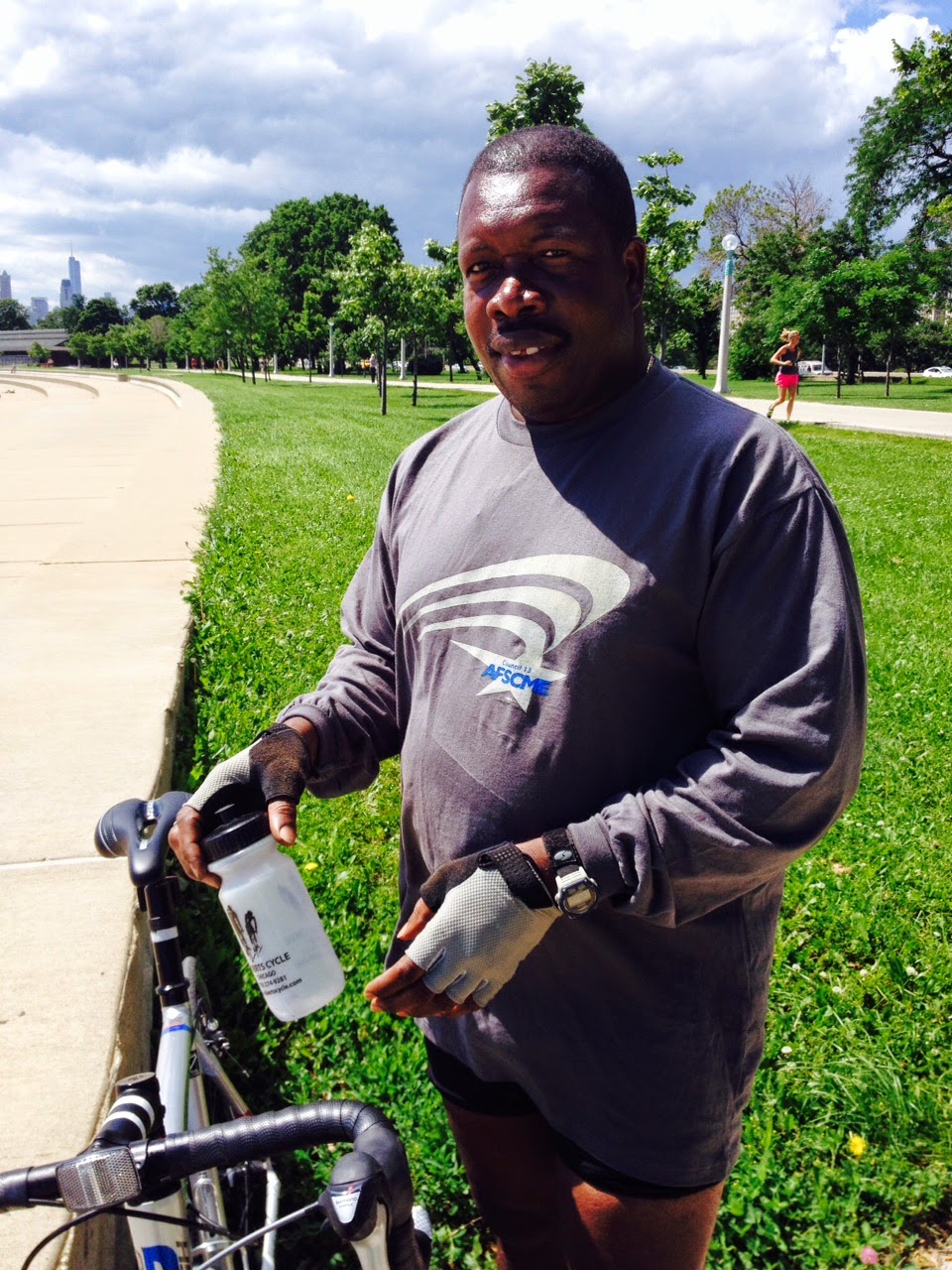 Drifted into Higher Gear bike shop in Highland Park, Illinois and spent some time with Austin, Peter and Anna.
Check out the 30-inch racer thighs on Peter. He’s from England and was part of the 2012 short track Olympic team.

He had the confidence to wear a pink helmet and pink biker shoes.

We all traded touring stories and then the store refused to charge me for the tube I bought to replace the one I gave away. “Paying it forward,” said store clerk Becky.
Home stretch on Thursday. Kenosha to West Bend.
Meet at WB Tap and Tavern at 6 p.m.  I should roll in by then.