My last set of photos as I passed through Tucumcari, New Mexico and crossed the Texas border. 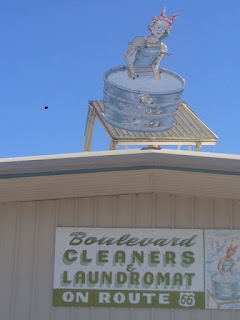 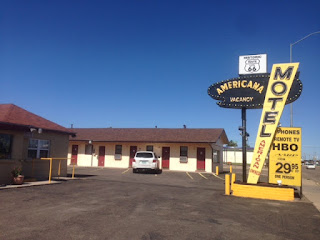 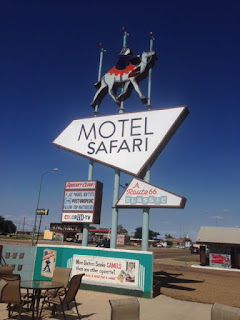 Loved the Motel Safari sign (above) with the tobacco ad
showing the “most doctors” endorsement. 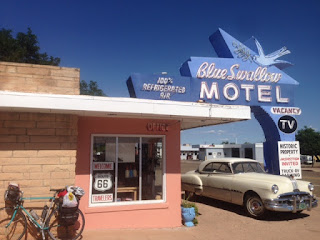 The Blue Swallow Motel came highly recommended by locals.
Owners put a lot of work into the building. 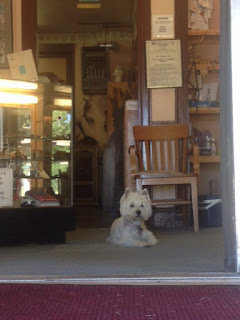 “Cooper” was the greeter at the Historical Society in Tucumcari.
It was the former Central School House in 1903. In the 1930’s
it was a soup kitchen, and from 1936-37 it was a hospital. 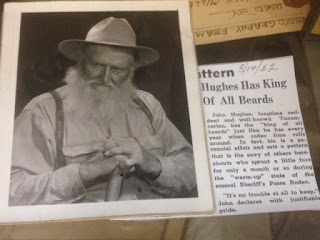 Just one of the nuggets from the display. The writing is priceless. Some of the photos at the Historical Society that really captured my attention. 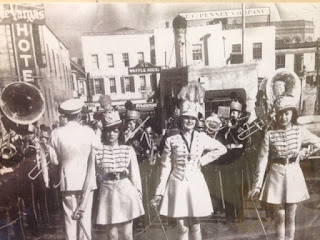 Majorette Dorothy Aull and Twirlers Ruthie Callers Drake
and Juanite Graham from Tucumcari High School.
They were known as “The Rattlers.’ The story of outlaw Black Jack Ketchum fascinated me. It dated to 1901
and there was a lot of documentation on his “hangin’.”
According to the article in The Quay Sun:
Ketchum was very pale as he mounted the platform but showed no fear. A priest stood at his side. He declined to make a speech and merely muttered “Goodbye, please dig my grave very deep.” Ketchu mad the strange request that he be buried face down.
When the body dropped through the trap, the half-inch ropes severed his head cleanly as if a knife had cut it. Many spectators turned away in horror. Dr. Slack pronounced life extinct in five minutes. The drop of seven feet was too great for so heavy a man.
Credited with 15 murders, 38 years of age, 6 feet in height, 200 pounds, black hair, mustache and beard, muscular and strong and a very dark complexion.
___________________________
Just a glimpse at the current temp… Lots of opportunity to pick up a souvenir 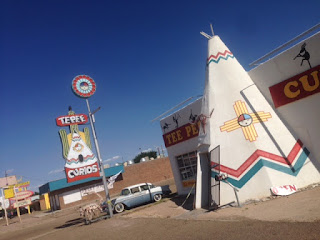 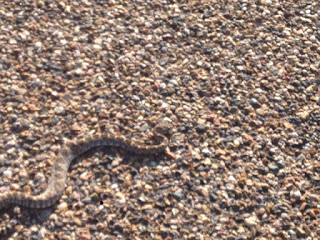 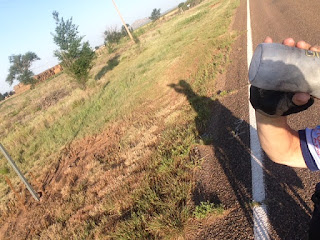 I’m told to beware of snakes, especially when I step off the side of the road. 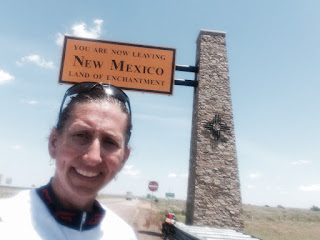 (Photos below) Taking advantage of a smidge of shade along I-40. 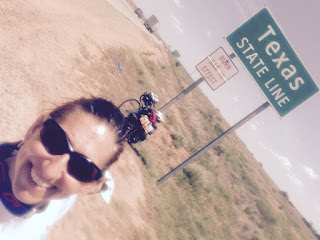