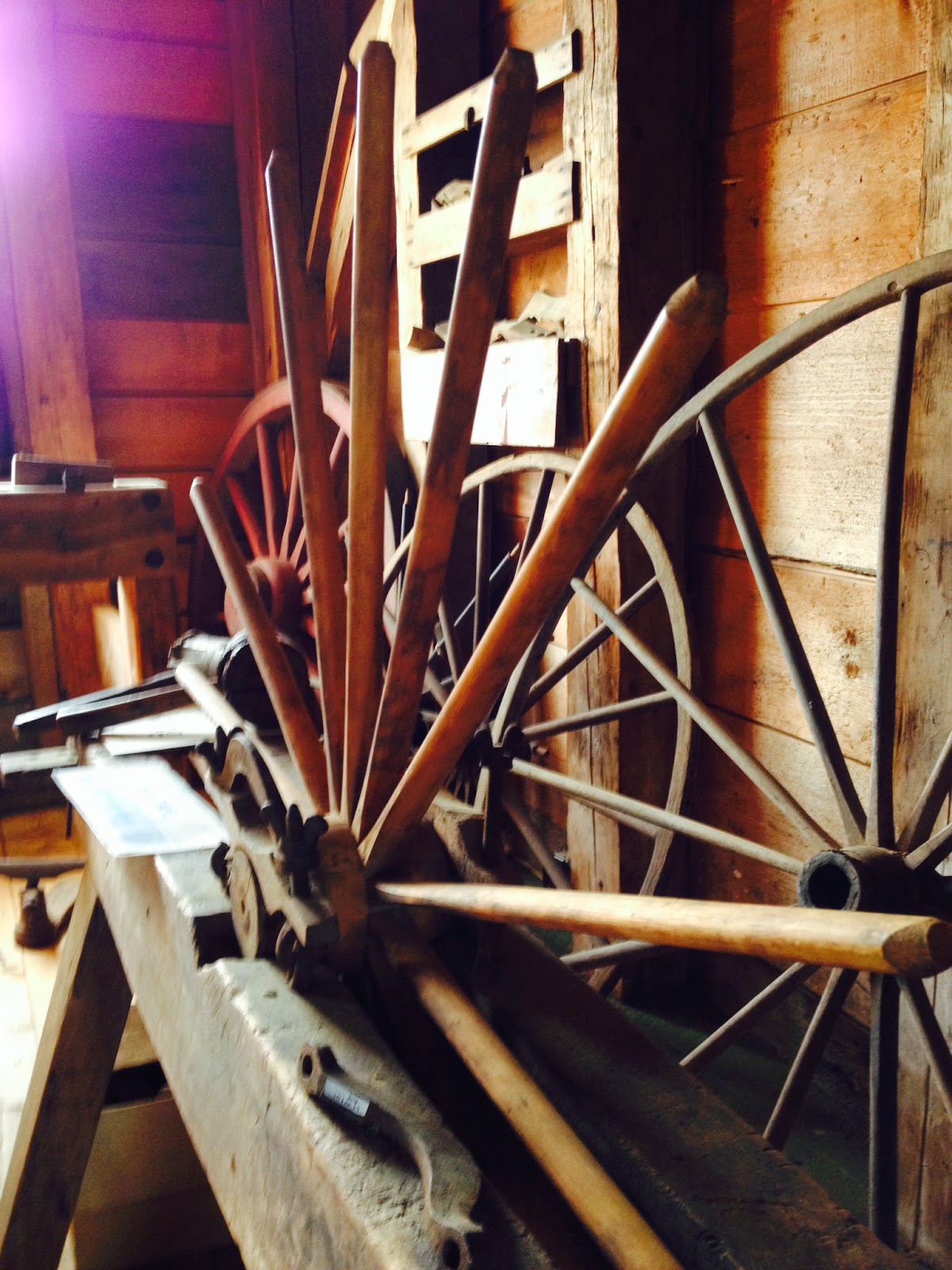 It’s the only carriage manufacturing museum left in Canada. And the crazy thing is, when this company closed its doors in 1951 it wasn’t reopened until the 1980s and, according to Liam, “Nothing had been touched. It was like everybody just walked off the job and left things as they were.” 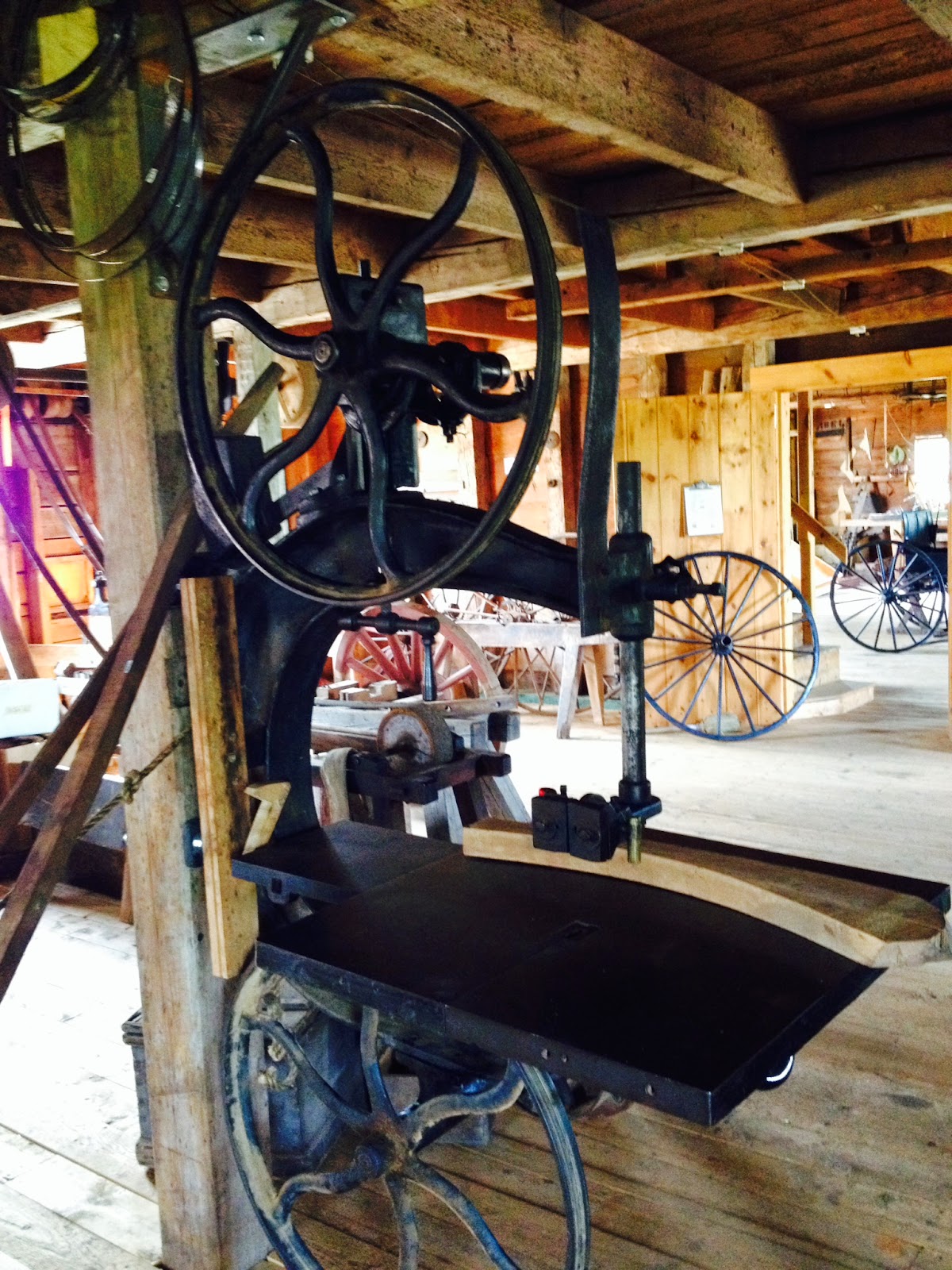 Liam, 23, took me on tour and pointed out some of the unique wooden wheel making
equipment. He said in the 80s antique dealers came in and bought a lot of the items. “The thing is, they didn’t really even know the carriage business so they took what they knew – hammers and chisels and stuff. But what they left were the really valuable tools like this,” said Liam, holding up a large metal pliers that looked like it could pull a tooth.
“This was used to help straighten the spokes and pull them into place on a wooden wheel.”  I asked what it was called and Liam said he didn’t know the technical name but he called it the “spoke straightener.” 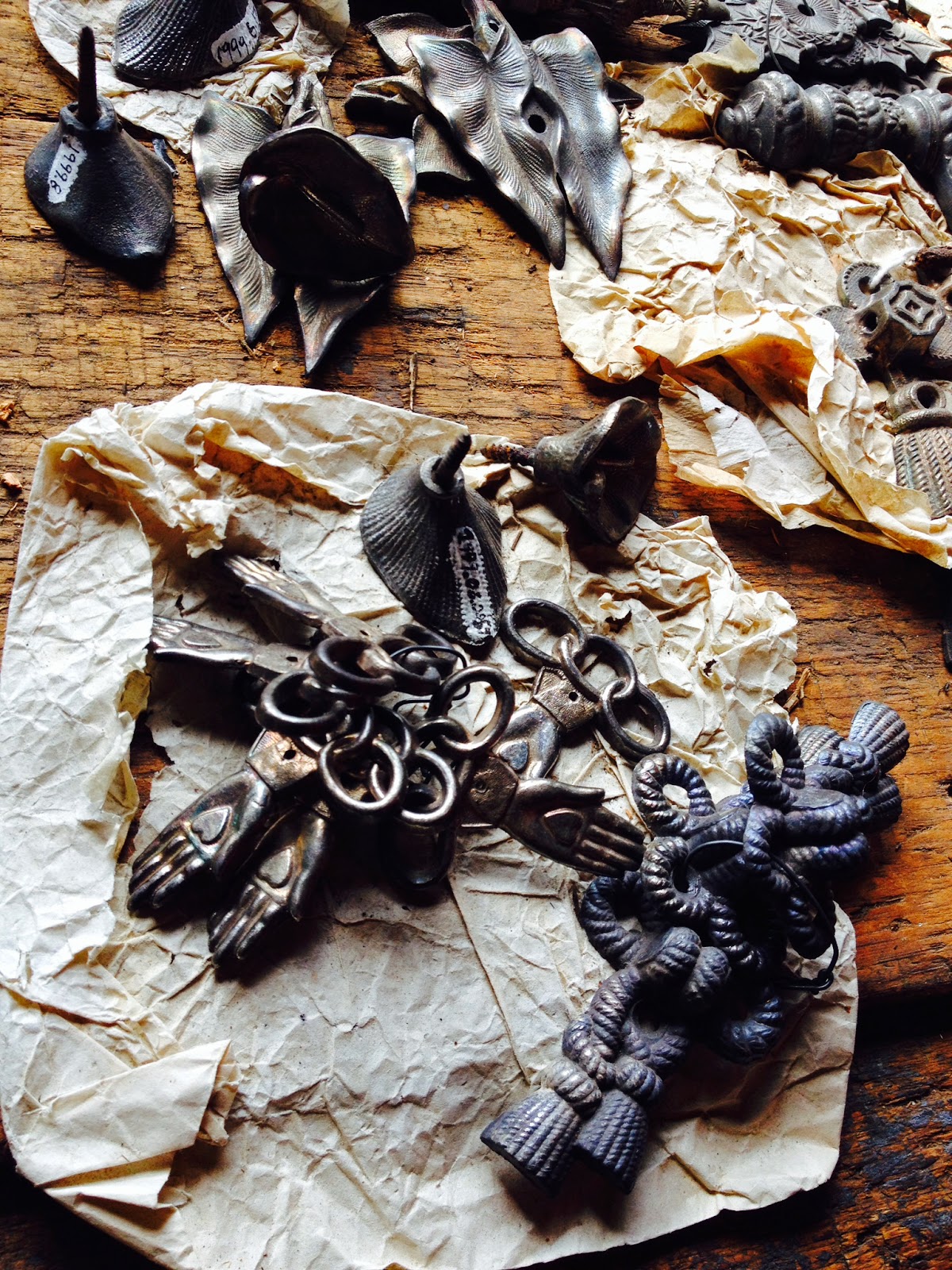 The carriage factory also built caskets.  Above is a collection of hardware used
to decorate the caskets.
There were two floors to the shop. Pieces of the carriage were hand-crafted on the first floor and assembled and painted on the second. “It’s odd they would move the finished product a level up because then they had to get it down,” said Liam. “But because they had to paint it and dust would fall to the level below they had the paint department on the second floor.”
The door of the paint shop was used as a pallet to test the viscosity of the paint since only white paint was available and all colors had to be mixed by hand.  “So this raised rough glop is over 100 years of paint being thrown onto the door to see if the paint was the right consistency,” said Liam. 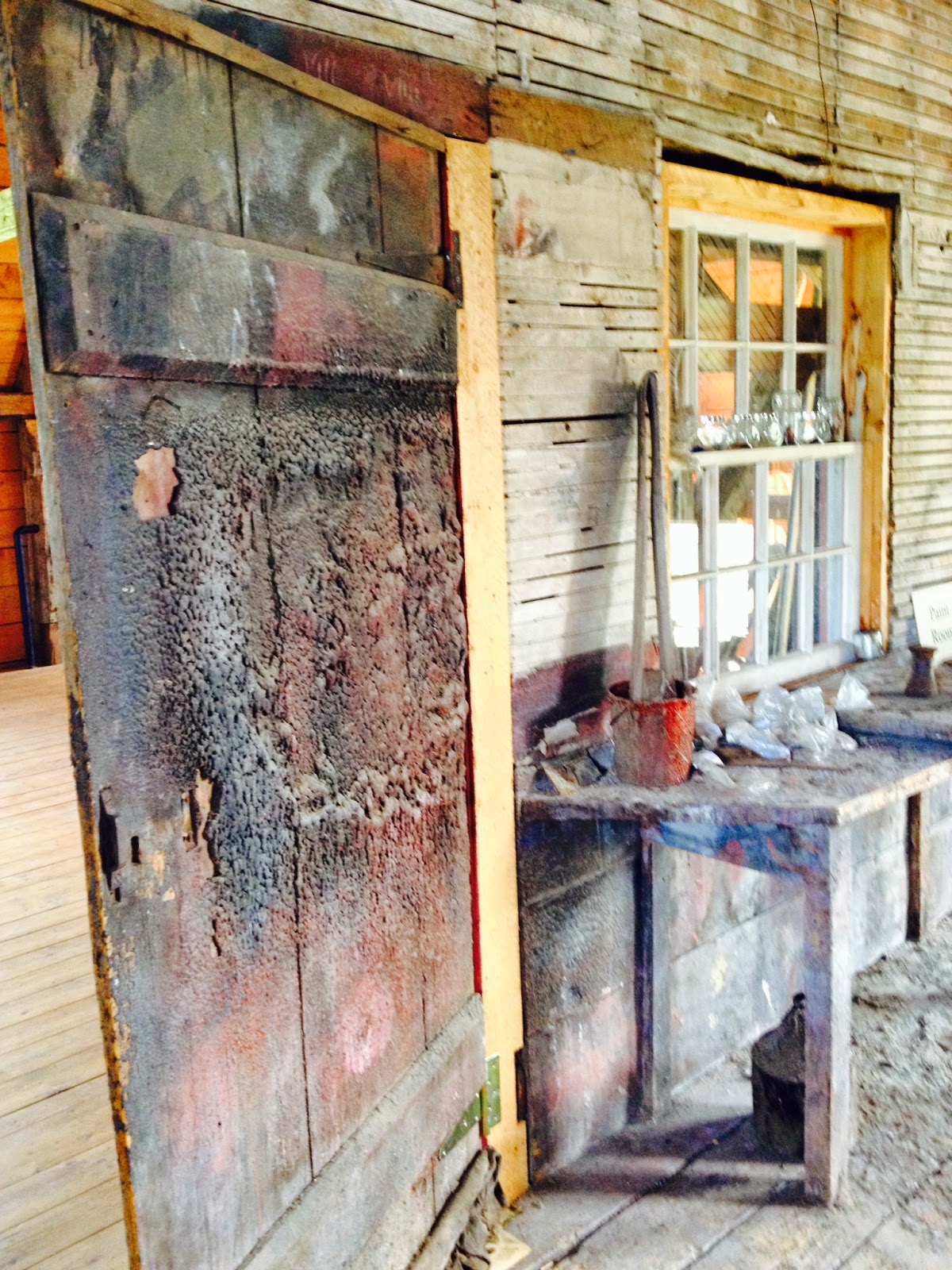 In its heyday, the Carriage factory employed about 16 people. Liam said a single 4-horse engine ran the turbine for all the equipment. “It was so loud in this part of the building that the craftsmen had to talk to each other using a form of sign language.
The Campbell Carriage Factory Museum is now run as a museum and receives federal funding.
For a full history of the museum, click HERE.