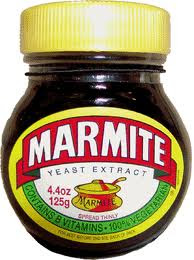 Dec. 12, Sunday TE KAUWHATA – Started the day at 4 a.m. with jet lag and little sleep but was determined to pick up some biking miles and drilled south to Hamilton – a distance of 95 kilometers.

Made it as far as Te Kauwhata and met Linda Plant, the minister at the local Presbyterian church. Her salt-and-pepper hair was cropped short. She wore thin rectangular glasses with a partial red frame and was relaxed about everything … including housework.

Linda outright hated housework; she had a ‘what-you-see-is-what-you-get’ attitude and welcomed me into her home with open arms.

Her three children were grown and out of the home, her parents lived in town and all were coming over that evening for tea – which smelled a lot like dinner.

We sat out back at the picnic table, fed our hunger and took turns dousing ourselves in spray to try and fight off the mosquitoes.

The next morning, Linda and I had more time to chat about New Zealand, the trends, culture and food.

It was then she made me try Marmite. “It’s a spread you put on bread or toast,” she said.

Marmite looked a lot like chocolate spread or prune butter. “You have to spread it on very thin,” said Linda.

The name sounded like a vermin; something run over with your car or found dead in a trap in the basement.

I tried it with mature spirit and ate the rest out of politeness. I’m sure it would have been inappropriate to yak at the table and use a napkin to wipe Marmite off my tongue.

With watery eyes I changed topics to the Maori culture.

Linda said the natives in New Zealand, especially the women, demand respect. Mary, a long-time Maori woman in Te Kauwhata, went to the hometown grocery store that was recently purchased by some people from India. Her children brought home ice cream cones and Mary thought the servings were less than adequate.

A large woman, Mary stormed the store like a bulldozer, strongly lectured the owners about their lack of respect for the Maori and then pushed herself behind the icebox, flipped the lid and served up healthy Eiffel-Tower scoops to the children.

Those kids always got their money’s worth after that.

The roads in New Zealand have already done a number on my wheels. I’m riding on a two-inch gash in my back tire.

I haven’t had a blowout yet, but the meaty gravel covered with a thin spray of black tar is chomping at the bit.

I try to ride or at least ‘think’ light. I channel an elephant in a pink tutu gliding over a surface of balloons.

The concentrated attempt is short lived and I soon fall back into my pattern of stone on fencepost, dragging my dinosaur tail of supplies.

My rucksack now consists of a garbage bag and a colorful array of bungee cords.

I feel I’m getting closer to earning my scout badge for ‘successful transient.’

I meet Frank at his bicycle shop in Puhete, on the north end of Hamilton.

We work on a new rear tire and bicycle pump since mine seems shot.

Outside the shop, while working on my tire, I chat it up with Paul Christensen. He’s stopped to retrieve his bike.

We talk about my tour, the weather, and I quick hop in side to settle my bill with Frank.

Back outside, Paul is waiting. “I called my wife and she said it was okay if I brought you home.”

It was the worst pick-up line I’d ever heard. 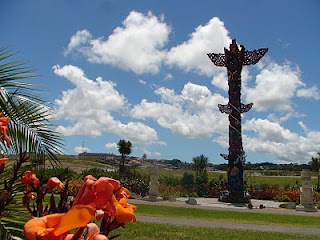