Now 70 years later, while pedaling The Amazing Ride for Alzheimer’s – the Florida Keys, I found the famed boat as the African Queen in Key Largo is now an historic tourist attraction docked next to the Holiday Inn.

Waiting for the captain quite a few tourists from around the United States stopped and shared their favorite memories from the film.

“Probably the part everyone remembers is when he gets out of the water and has the leeches all over him,” said Terry Sharon from Bay View, Wi. “How well Bogie and Katharine got along and arguing and pouring out the booze, going past the fort and getting shot at… it was great.”

Patty Sharon remembered the costumes. “Katharine Hepburn had a hat on and the period dress and trying to stay so prim and proper through all the heat,” she said.

Jerry Wicker from Florida recalled the movie was filmed in Africa which led to some unpleasant illness behind the scenes. “Katharine Hepburn was so sick and in the scenes she had they kept a bucket to throw up in because the first time she ran to the outhouse there was a black mamba in it and she wouldn’t use that anymore,” he said. 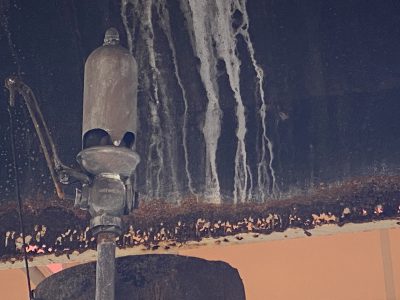 Susie Beck remembered the dynamic between Hepburn and Bogart. “For a movie to be centered around just two characters and carry it off, the scripting was really amazing,” she said. 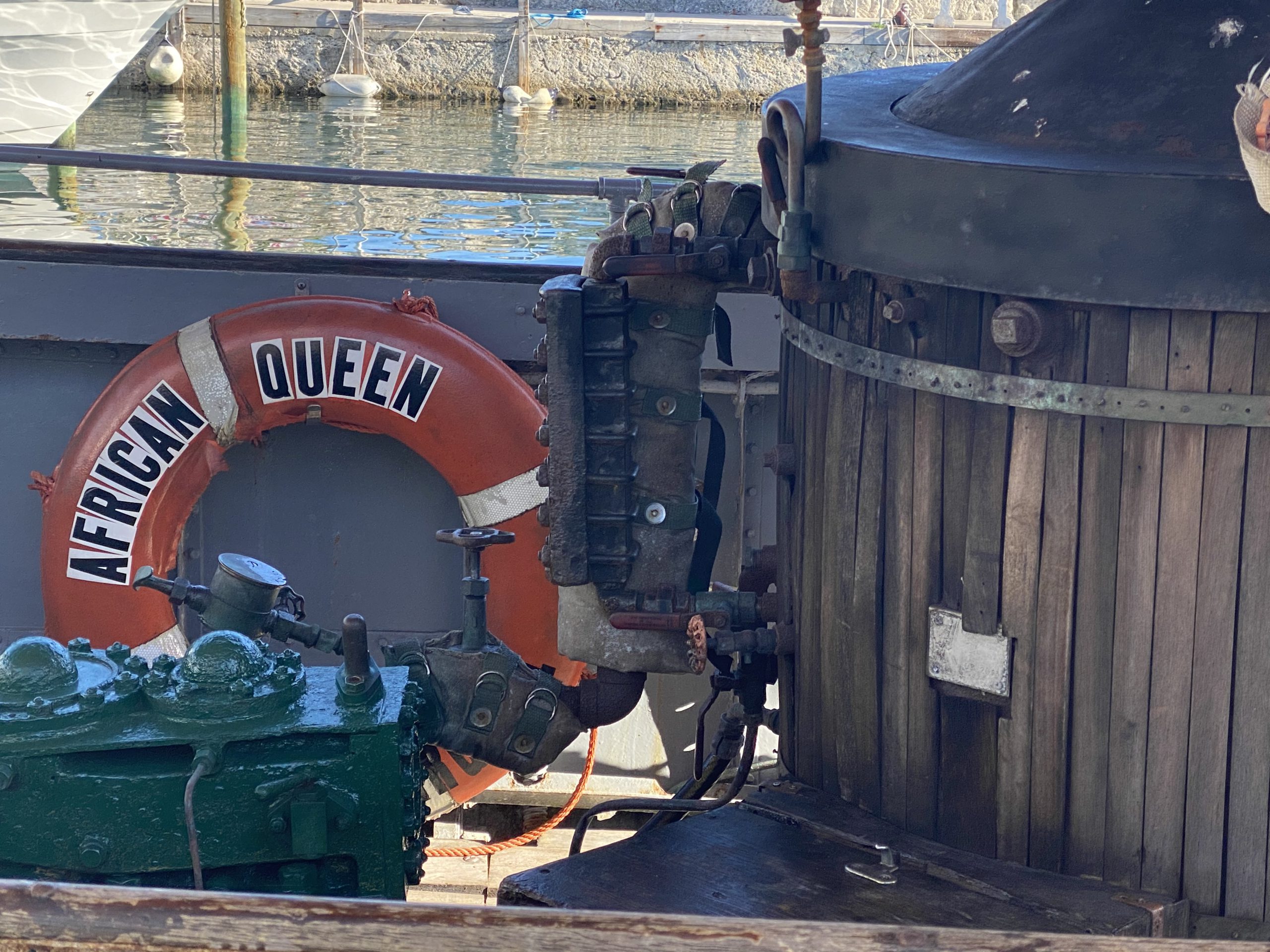 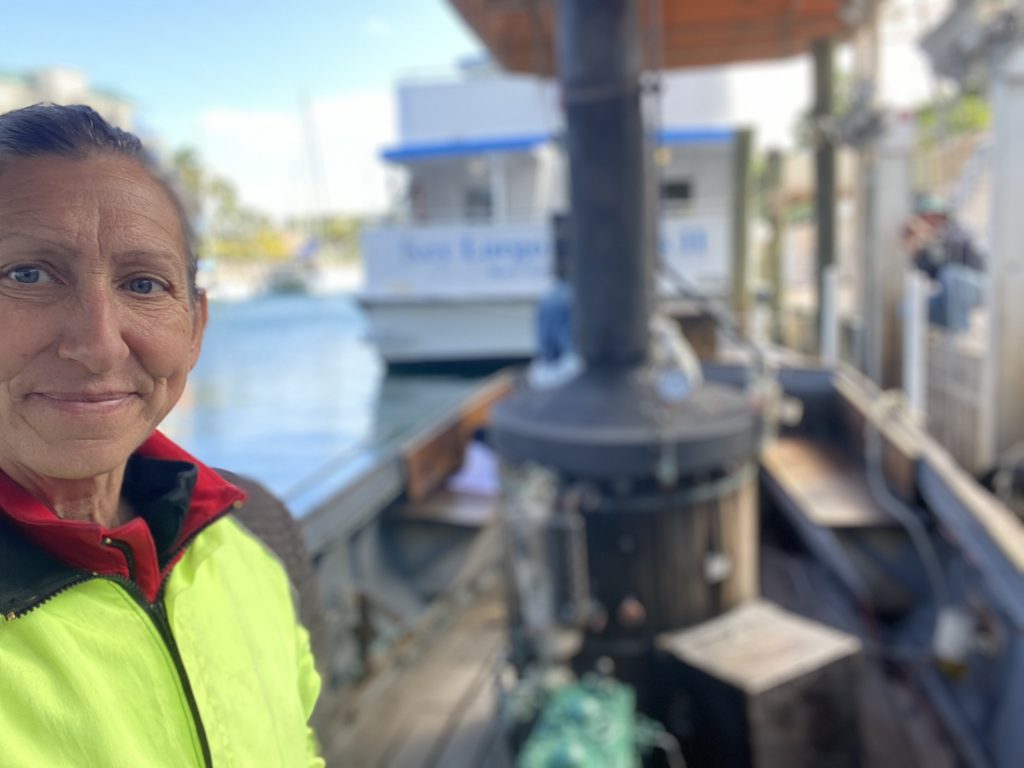 Amy Deutl from Vermont remembered the sound of the steam engine on the African Queen. “The sound and the clunk, clunk, clunk and how he kicked it and banged on it to make it work and just the tenacity to stick with it,” she said.

Deutl also remembered the tension between the stars. “Was she going to throw him overboard… I can’t remember,” said Deutl. “The tension and the love affair… that was pretty cool.”

Just before noon Captain Jeff Jeffrey arrived and provided a brief look back at the origins of the African Queen. “This is the original boat from the movie and it was constructed in Lytham, England in 1912,” he said.

The original name for the 35-foot boat was the Livingston.  In 1949 the director of the movie, John Houston, was in Africa and as he was writing the screenplay for the movie he saw the boat working in the river. “He thought it would be a great asset for the movie so he asked the government if he could use it and they agreed and he slapped on the name African Queen.” 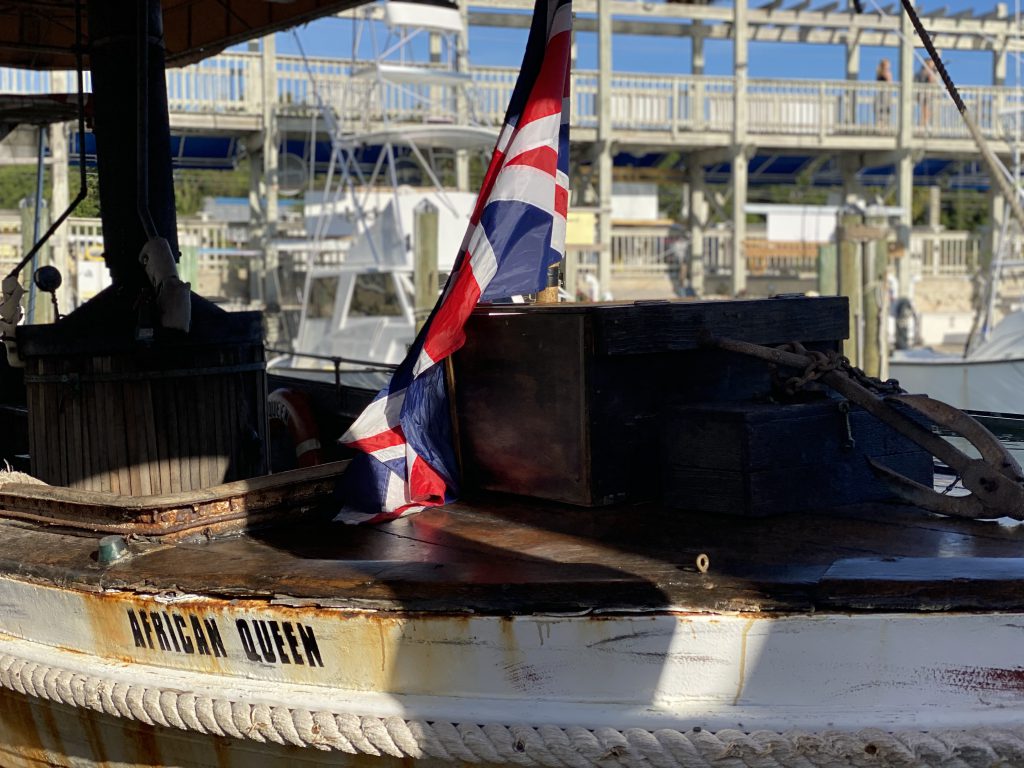 After the movie the boat went back into service. “There was no market for movie memorabilia at the time so it was put back into work for several decades,” Jeffrey said. “In 1968 a man from San Francisco was traveling in Cairo, Egypt and he saw the boat sitting in the weeds and he bought it for $1.”

The boat was brought to the U.S. and later owned, most notably, by a man named Fess Parker who was hired by Disney and starred in the “Davey Crockett” series.

In 1982 the boat was found in a pasture in Ocala, Florida by a hotel mogul Jimmy Hendricks Sr.  The boat suffered a lot of decay and rust and sat on blocks of a while on Highway 1 in Florida. In 2012 the boat was purchased by Captain Lance and his wife Suzanne Holmquist who restored it and are now using it for tours.

After a brief history on the boat, Jeffrey brought out a weary white 3-ring binder with photos taken behind-the-scenes while filming “The African Queen.”

In an attempt to pedal 500 miles and share stories from the road I’m also throwing down a challenge to raise $10,000 for Alzheimer’s music and exercise programs at Cedar Community in West Bend; 100% of the money raised will go to Cedar Community so you will be able to see your donation at work. 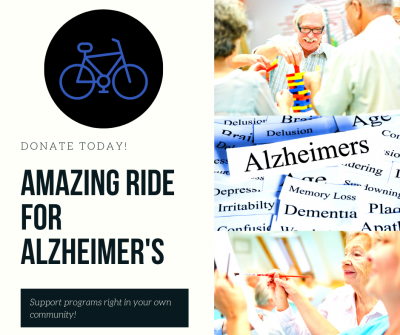 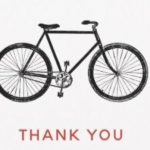 Thanks to Lee and Sandy Stehling from Ace Canvas for kicking in the first $200. I’m currently working on a $10,000 match should the challenge goal be reached.
Thanks, also, in advance for your kindness and support; adventure suggestions are welcome on the 2021 tour of the Florida Keys.