The singer, born in Mississippi in 1935 was found dead on this date at his home in Graceland in 1977.

It was June 2012 when I had a brush with the history of an Elvis encounter. I was on a bicycle tour and happened upon the Old Home Motel in Adamsville, Tennessee.

Adamsville, TN is home to Buford Pusser, the legendary lawman who broke up moonshine operations and put a lockdown on gamblers, prostitutes and organized crime.

The small town in McNairy County wraps its arms around the Pusser history. A silhouette of the ‘Walking Tall‘ movie character carrying a big club is pictured on the community’s water tower.

The local police department has a glass display case with photos of Pusser with country singer Johnny Cash, letters of commendation, and again, the famed big club with which Pusser said he would use instead of a gun to keep law and order.

Just up the Main St. in Adamsville is the Old Home Motel.

Built in 1950, the 15-unit motel hasn’t changed at all. The lettering on the original street-side sign is a bit faded, but you can still see the motel name and the words ‘swimming pool’ written in cursive at the bottom.

The room doors are still painted with a bright array of colors including tangerine orange, brilliant yellow and turquoise blue.

The best thing about the motel is sitting in a plush, brown leather chair in the front office. Owner Juanita Richardson is 91 years old. 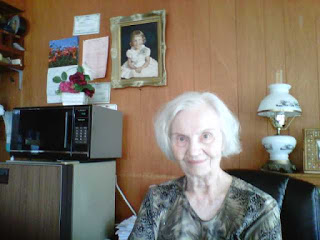 She started serving customers in a restaurant when she was 17 and she’s been in the motel/restaurant business ever since.

“When my husband bought the restaurant across the street I liked to have croaked,” said Juanita.

We sat and talked in the front office of the motel for about three hours. The office also served as the living room of her house.

She sat along a series of street-side windows, the blinds pulled over a bulging neon sign that buzzed ‘open’ for the business.

Her feet, covered in black slippers with white fluff at the top, were perched on a small, round wicker table.

Juanita had high cheekbones and white hair parted on the side. She had gray-blue eyes, pale skin with a few light brown age spots and no makeup. She reminded me of the actress Jessica Tandy.

Juanita spoke with a southern ease, some self-effacing humor and when she reenacted a story her voice rose an octave or two.

“We opened the Old Home Restaurant on a Sunday,” said Juanita.

“We could seat 100 and I had homemade rolls and homemade dressings including thousand island, blue cheese and Roquefort and customers were lined up across the street,” she said.

A lightning strike eventually put an end to the restaurant and for years after Juanita and her husband Joe ran the motel.

“Elvis stayed here once,” she said.

Sheriff Pusser came over and picked up a key from Juanita’s husband.  “Buford wanted to sneak Elvis in and out,” she said, determining the ‘stay’ was in the late 1960s.

“Elvis really led a miserable life,” said Juanita. “He had more money but he no privacy and if you stop and think about that, it’s horrible.”

Elvis stayed in room 115 at the Old Home Motel. Juanita said some customers ask for that room in particular.

“I suppose if I’m going to sit here and talk to you I might as well tell you about the saddest part of this ole’ story,” said Juanita.

There was still some strain in her voice when she told me about the day in 1976 when her husband killed himself. “He was a drinker and it just got worse when we came to town,” she said.

“That turned my basket upside down.”

I stopped taking notes as Juanita talked about depression, and what she would do as a single mom with a business at age 47.

Juanita cried daily and worked. “I’d tell the maid to take off the weekends and I’d make 28 beds and clean the rooms,” she said. “I didn’t eat and my weight dropped to 105 pounds.”

It was one New Year’s Eve when Juanita was watching TV and the big ball drop on Times Square.

“I closed my eyes and made a resolution to change; I just knew I couldn’t go on like this and for some reason I wondered what people on the other side of the world were going through.”

Juanita said she got up the next day and still had no clue how to change her situation.

Then she looked at me and said, “But now I’ve been to 25 foreign countries.” And she started listing them: Norway, Sweden, England, Holland, North Africa, Portugal, Germany, Spain, and Russia.

“In North Africa we were at a dinner where a goat’s eye was put right in the middle of a dish and it was just staring at me,” she said, her voice rising. “Then a half-naked native dancer came and pulled me up and tried to get me to dance.”

Juanita clutched a Kleenex while she talked and held it to her mouth when she laughed.

In another country, she couldn’t remember which, she ate what the tour guide later told her was a fried blood clot. “I’d like to have flipped,” said Juanita.

She reminisced most about her trip to Russia. “I never laughed so much in my life,” she said talking about the trip she took with her friend Carol Jean.

“Talk about country girls who went to town. We were just a couple of dumb-dumbs; I don’t know how we ever made it back.”

Juanita said they traveled by train in Russia. “We didn’t know beans about nothin’ but at least we knew to pack a lunch,” she said. Two gentlemen from the States rode in their same train car. They didn’t pack a lunch, so the ladies shared. “Then they left to go find some food. They got some cookies at the end of the train and brought 10 back. It turns out those cookies cost $6 a piece,” she laughed.

Juanita said the travel pulled her out of her depression “because around here when I saw friends I knew they felt sorry for me because of Joe, but when I traveled… nobody knew.”

Juanita said she always wanted to go to Australia, but the cartilage in her knees was so bad now it hindered her walking.

She said she’d keep working at the motel because it kept her active.

So far on this tour, she’s one of the most inspiring people I’ve met.

Posted by ~the BiKe WriTer at 8:59 AM No comments:

Sarah Juanita Richardson, owner of the Old Home Restaurant & Motel in Adamsville, Tennessee was born on March 16, 1921 in Hardeman County, Tennessee. She was a 1940 graduate of Middleton High School and grew up during the Great Depression with her two brothers and four sisters. 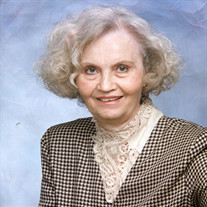 Following graduation she worked at the New Southern Hotel in Jackson and later married Joe Richardson. The couple owned and operated a small restaurant in Ripley, Tennessee before moving to Adamsville in the late 1950’s where they bought some property and started a business they named the Old Home Restaurant. It became one of the most popular places to dine in the area. They later built a 14-unit motel, which they opened in 1960 and named their business the Old Home Restaurant & Motel. Following Joe’s untimely death in 1976 Juanita continued to operate the restaurant and motel by herself, turning it into a very successful business. She was known as one of the best cooks for miles around and customers enjoyed her delicious plate lunches, club sandwiches, homemade salad dressings, homemade rolls, and homemade cobblers. In 1994, at the age of 73, she decided to close the restaurant and slow down a little, but still worked seven days a week running the motel.

She was a close friend to former Sheriff Buford Pusser and he came to her for encouragement and advice many times in his life. She spent countless hours telling her motel guests and visitors to the area stories about Buford. Besides being an excellent cook, Juanita had many other talents such as smocking, painting ceramics, and making wreaths and other floral arrangements. She loved to travel, especially overseas, and had visited close to 25 foreign countries including Russia, Greece, Turkey, Sweden, Italy and Egypt. She enjoyed watching the Atlanta Braves, Tennessee Vols, Memphis Tigers, Memphis Grizzlies, and listening to the Adamsville Cardinal games on the radio. Juanita was the oldest member of Adamsville First Baptist Church, most likely the oldest business owner in McNairy County, a member of Eastern Star, and Daughters of the Confederacy.

She departed this life on December 8, 2015 at the age of 94 years, 8 months, 22 days, dying peacefully at her home. She was preceded in death by her parents John Lucian and Hittie Pearl Vaughn Sain, two brothers Mayo and Lenon Sain, and four sisters; Katrina Sain, Jo Ann Sain, Gloria Roberts, and Sue Scott. She is survived by a daughter Nita Evans and husband Tom of Adamsville, whom she often stated she loved like he was her own son; two grandchildren, Natalie Evans Luttrell and husband Kyle of Adamsville; Noah Evans of Adamsville and his fiance’e Allie Rhodes; one great granddaughter Sadie Kate Luttrell of Adamsville, and future twin great granddaughters due in February. She is also survived by several nieces and nephews, and special friends who were like family; Jean Greenley, Liz Knight and Alex Weiler.