It is the day Jesus rode a donkey into the town of Jerusalem and a large crowd gathered. They laid palm branches across the road, giving Jesus royal treatment. The hundreds of people shouted “Hosanna to the Son of David! Blessed is he who comes in the name of the Lord! Hosanna in the highest heaven!”

On this Palm Sunday a special segment involving a tour inside Iglesia El Rosario; described as “one of the finest churches in Central America.”

In January 2019 the story of  Nancy and David Slindes trip to El Salvador was published on WashingtonCountyInsider.com

The couple have been doing mission work in El Salvador for 30 years. During one of the cultural days the Slindes visited the church. The artwork inside is incredible including an abstract version of the stations of the cross. 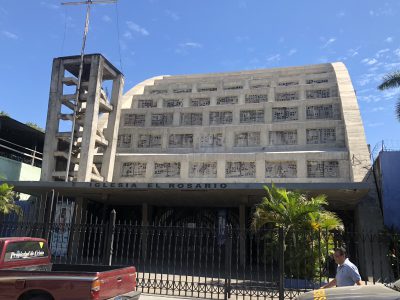 The main street entrance of the church, across from Libertad Plaza, is locked.

You have to turn the corner to find a narrow brick walkway located past a black metal gate and that leads to a side door to get into the church. 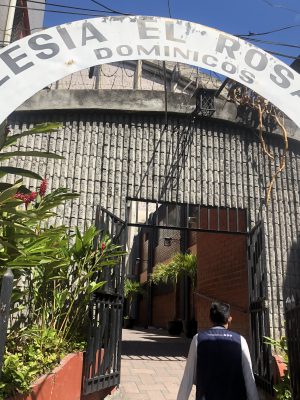 The concrete facade of the church is unassuming compared to what you encounter as you cross the threshold. 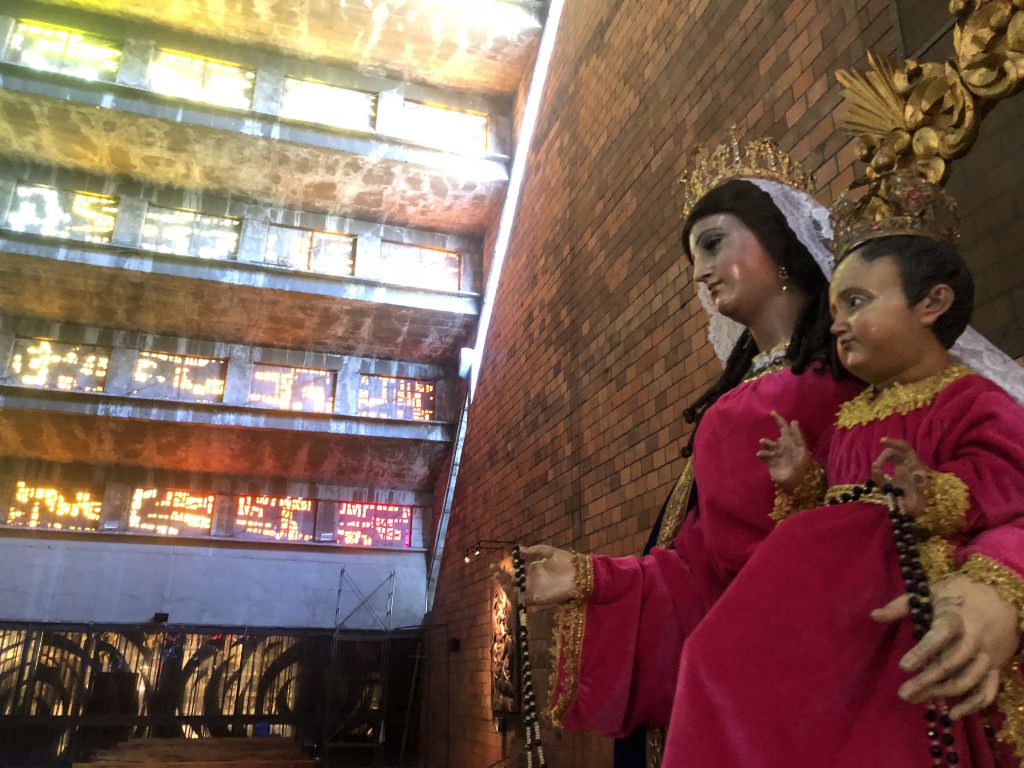 The arched interior features tiers of stained glass that cast a brilliant rainbow of light throughout the building.

The church, completed in 1971, was designed by sculptor Ruben Martinez. 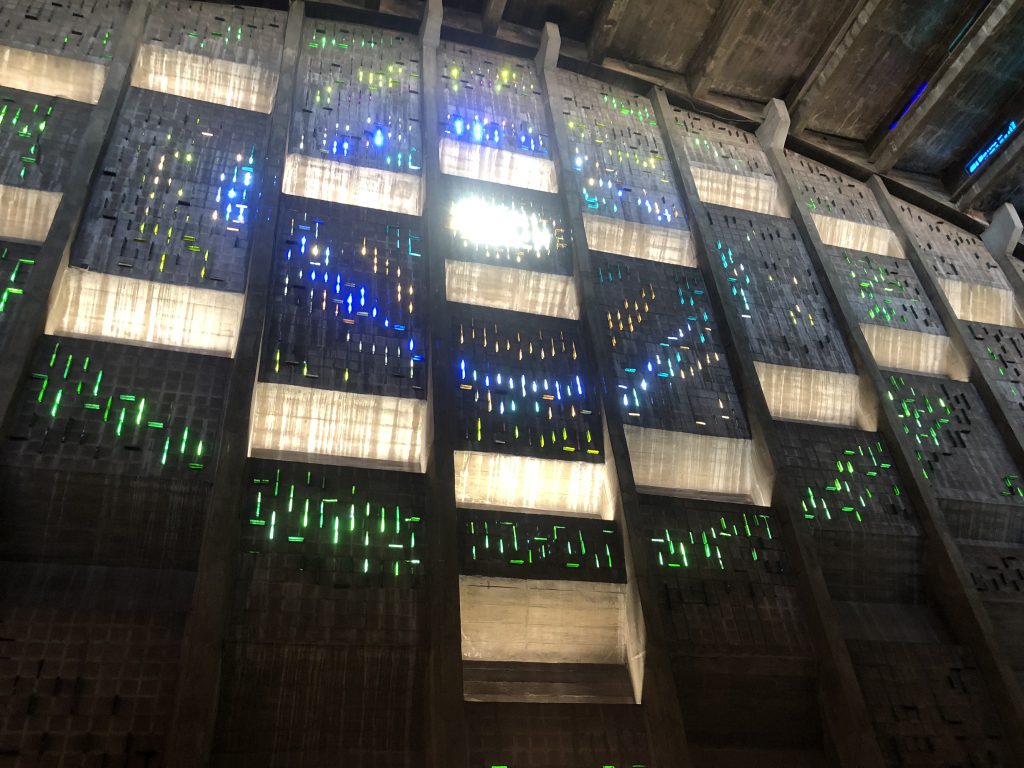 There are quite a few well-thought-out intricacies regarding the interior design; one in particular has a very Indiana-Jones flare.

Across from the altar the wall is sectioned off in small blocks of stained glass. When the sun hits it just right the beam of light comes through the center “eye of God” and shines perfectly on the crucifix of Christ on the opposite wall. 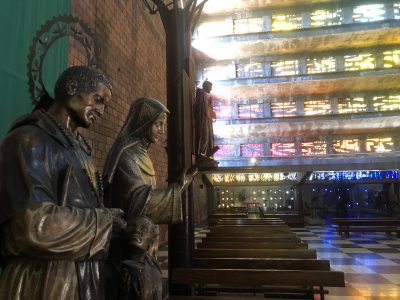 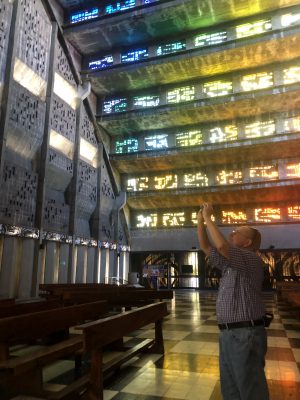 There are a couple of other nuggets of history at Iglesia El Rosario including bullet holes in the concrete facade of the building; remnants from the civil war of the 1980s. 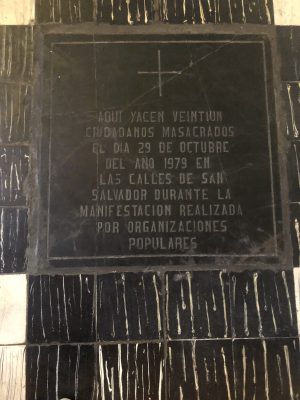 To the right of the altar on the floor is a stone marker; this is where 24 people are buried. They were killed by police May 9, 1979 during an anti-government protest that happened in the town square across the street. According to an article by the BBC,

“Witnesses said the steps of the cathedral were littered with bodies. Freelance photographer Ken Hawkins told the Los Angeles Times there had been no warning from government forces before the shooting started. “There was a continual burst of very heavy fire for about two and a half minutes,” he said. “People started screaming and running to the church but many were hit before they could get there.” 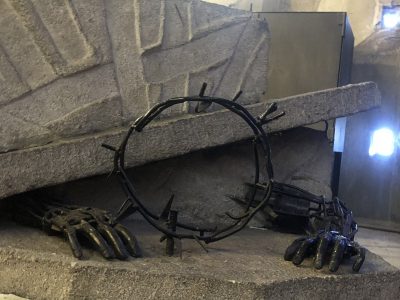 At the other end of the church is an abstract version of the Stations of the Cross. Only the hands and arms are used to represent Christ. The metal used for the sculptures was material that remained following construction of the church.

Click HERE to read more about the Adventure in El Salvador.