Menu
Menu
Fremont, OH – You can always tell the popular hometown restaurant by the number of cars parked outside. In Fremont, Ohio, Whiteys Diner was the place. 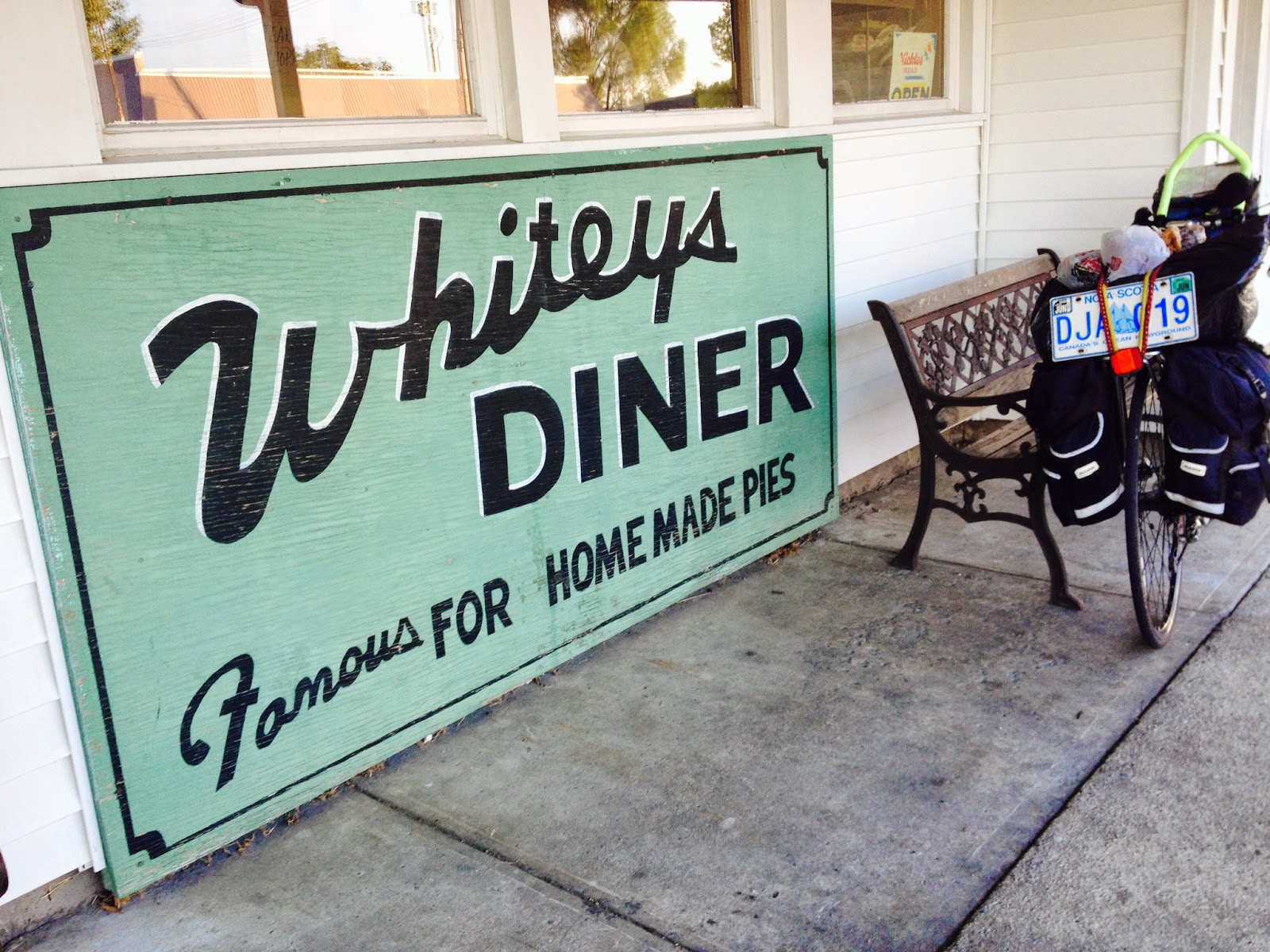 Full chair rail at the counter also was a good sign. “Sit anywhere you want, Hun,” waitress Cheryl said.
“Cheryl, I’d be mad at you if somebody pulled me off my chair and onto the floor,” said Charlie, one of the regulars. 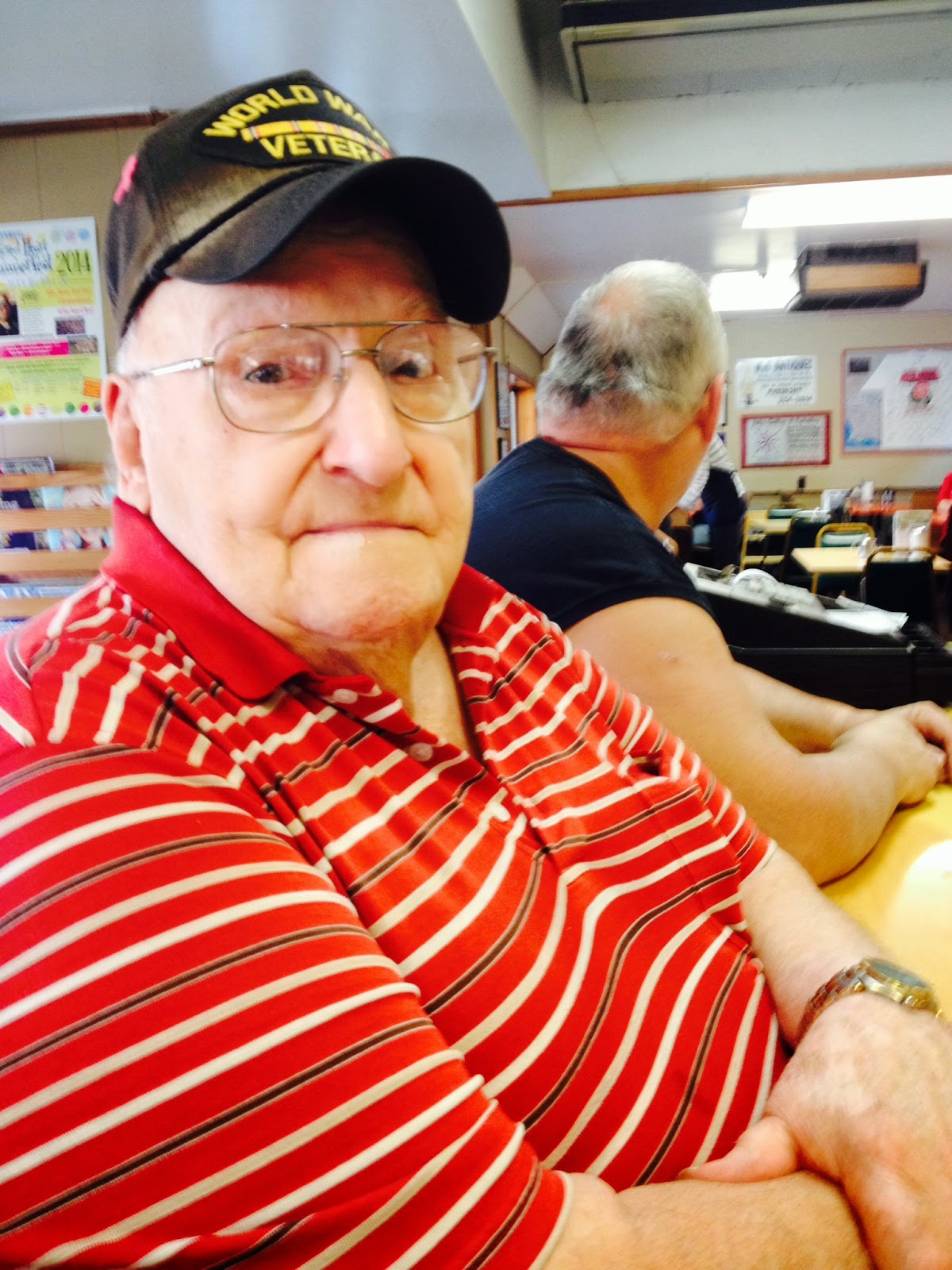 “Correction,” yelled Cheryl. “Sit anywhere but Charlie’s seat.”
I got a stool at the counter in front of the humming glass refrigerator that was full of plates of raw red meatballs, a mountain of strips of bacon and bricks of yellow butter.
“A customer gave us that,” said Billy, the cook, handing me a box of Obama Waffles.
Billy worked the grill that spit hot butter and grease in spots not covered with eggs over easy or hash browns. His father, Mark, owned the business for the past 33 years.
“I’ve been coming here since I was 4 years old,” said Charlie. “I remember when this place used to be open 24 hours a day, seven days a week. I really liked that.”
“You better be careful Charlie,” said Cheryl, racing by with three waters and a coffee pot.
“I’d be eating dinner here if they were open,” said Charlie. “It’s not the cookin’ I mind so much, it’s the cleaning up.”
Burnin’ Billy, as someone called him, is cooking up a storm on the grill as Charlie talks about his service during WWII.
“I was 19 years, okay, and thought I volunteered – until three guys came and hauled me away.”
Charlie was a gunner in the Army. Stationed in Germany, he said he was captured and spent eight months in a German prison camp
“Lost 100 pounds,” he said. “We were supposed to get a weekly package from the Red Cross with meat. We were lucky if we got one a month.”
Charlie said the Germans were cold and hungry, too. Eventually rescued by the Russians, Charlie went with the rest of his unit to Camp Lucky Strike and eventually returned home before his 20th birthday.
More customers come into the diner. Everybody is greeted by name. The place is warm with body heat.
Conversation is about LeBron James returning to the Cavaliers. The consensus at the diner is… it’ll be good for the team and the city
As I scoot out to give someone else a chance at breakfast, I glance at the sign above the grill….. ‘Nothin’ could be finer than to be at Whiteys Diner in the morning.’