PARMA, Italy: I’m wondering if my father picked up the idea of baby seats on bicycles while he served in the Army during WWII. He was stationed in Japan and mostly worked in the car pool and helped priests serve Mass.

When he returned home, he graduated from Marquette University, married my mother, and had a family (7 kids total). He built this amazing baby seat bike with four seats on it for his children. (photo below) 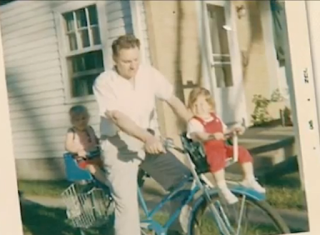 It’s been very sentimental pedaling around Italy to see such a popular trend. 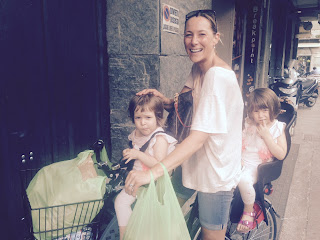 Men and women with baby seats on their bikes, running errands with children in tow. Such an easy way to get around town!

I must say…..nobody is wearing helmets, taking into account the traffic is more than bikes, cars, and pedestrians. there are also buses and trolleys – not track trolleys, but the type that run on an electric wire overhead, also known as a “trolleybus.” 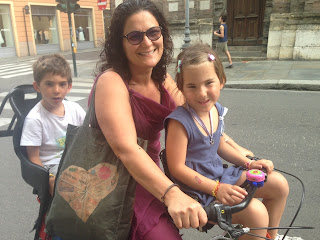 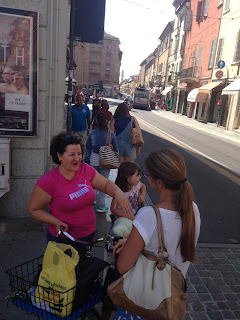 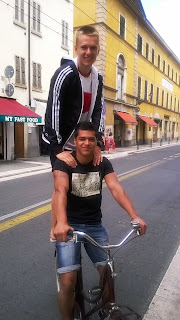 Men tote kids around on their bikes. 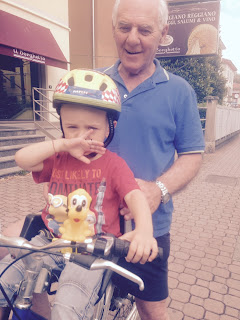 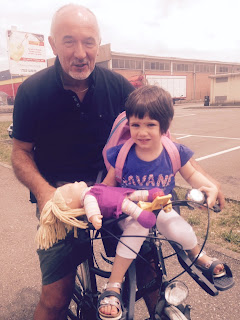