There’s a rich culture of art and history in Parma.

One of the sculptures that fascinates me is at the beginning of Via D’Azeglio. This is a monument to Filippo Corridoni, a First World War hero who fell during the Third Battle of Isonzo. The bronze monument was unveiled in 1927. It was designed by architect Mario Monduidi and realized by Alessandro Marzaroli. 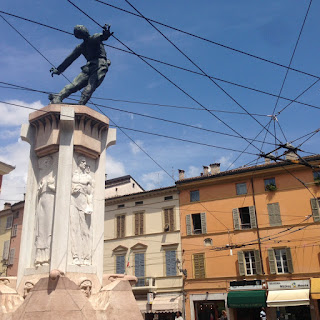 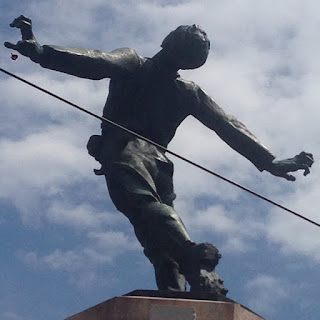 I feel the sculpture is powerful because you can’t see the face. The expression in the sculpted man’s body is one of combined freedom, ecstasy and flight – or that of pain.

The statue is on a 13-meter pedestal. There are four heads fused in marble at the squared base, along with four eagles and four sentences by Corridoni — “FAITH, LOVE, POVERTY, REVOLUTION blaze”