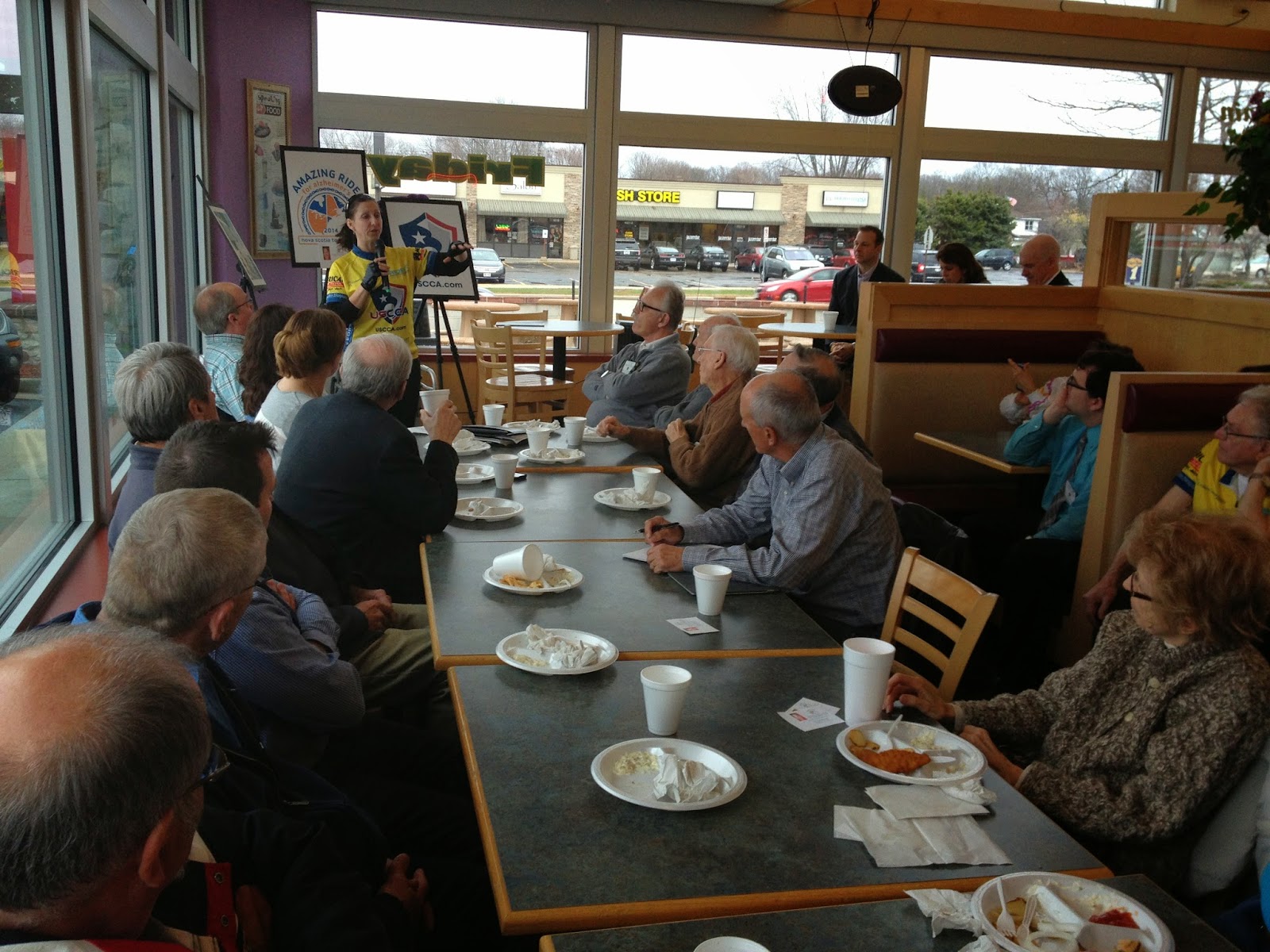 A great turnout this week as the West Bend Noon Rotary held its meeting at Jumbo’s Frozen Custard and featured ME as their guest speaker.  The primary topic was the Amazing Ride for Alzheimer’s and the upcoming tour bicycling from Nova Scotia to West Bend.

Talked about the sponsors, the miles, the goal to raise money for activities for residents with Alzheimer’s at Cedar Community. Announced the West Bend radio AM 1470 WBKV will be carrying live tour updates on the morning show. I’ll phone in a couple times a week and speak with show host Bob Bonefant and bring everyone up to speed on my mileage, my whereabouts and the latest adventure.

I showed everyone at the meeting the photo of me and my dad and my sister on the Steffes ‘baby-seat bike’ from 1965 and told the story about my dad getting pulled over by the cops in Shorewood. “You can’t do that,” said the officer to my father.  My dad pushed off the curb and said, “Arrest me.”

I know my father, who has Alzheimer’s, doesn’t remember the story but he laughed the hardest when he heard it! 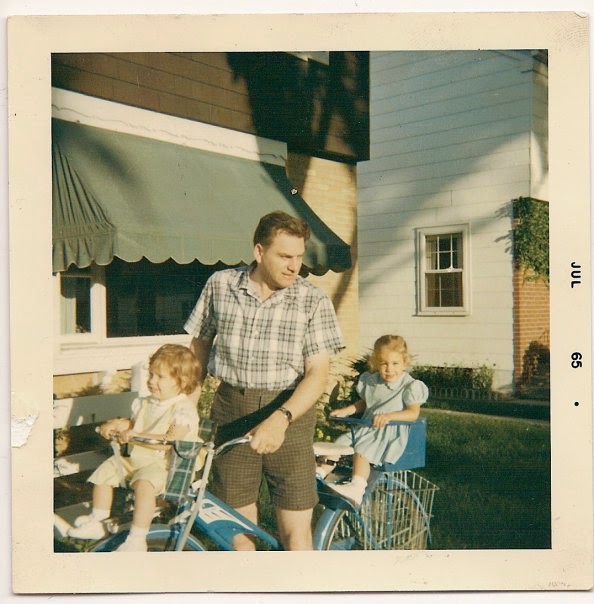 That little red-headed one up front that looks like a boy is me.