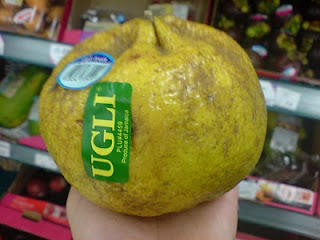 Dec. 23, Paekakariki, NEW ZEALAND – Flew from Christchurch on the south island to Wellington on the north island today.

Prior to my flight I ran into Nancy, a senior attendant from Air New Zealand. Originally from the midwest, Nancy gravitated to California and made the leap to New Zealand more than 10 years ago.

Nancy had a black-belt in multitasking and was good in any situation, like a Swiss army knife.

Nancy also picked up the torch on my lost luggage situation.

“Well, they certainly have quite a file on you,” she said, paging through the computer. I’m not afraid to complain – a lot, which is being nice. Nancy set me up with a box for my bike so I wouldn’t have to lug one six miles from town to the airport.

She also let me sleep in a secluded corner of the airport and flagged the rest of the staff not to bother me. With three hours wait of my departure, Nancy wrote me a pass to the Koru Club Lounge – it’s the luxury box of the airport. A hot breakfast bar with Akaroa smoked salmon and capers, sun-roasted tomatoes, raisin wheat toast, homemade raspberry jam, and a series of refrigerators held a vista of juices and beers. Free Internet, morning paper and Amanda the barrista could whip up any five-adjective coffee.

JUSTICE OF THE PEACE…

Prior to leaving Christchurch I was notified by the airline I’d have to file a claim on my luggage. I’d need to print the form off the computer and fax in the final copy. (Good thing I’m carrying my office on the back of my bike – hardee-har-har….) Another small thing, the paperwork has to be notarized by a Justice of the Peace.

I never thought my first search for a Justice of the Peace would be so he could autograph my report card on missing luggage. I managed to locate the Justice in the Yellow Pages.

Landing in Wellington, I took off directly north; the coastal city reminded me of Seattle with fishing boats and shops lining the pier. A strong headwind limited my mileage to 50 kilometers; I tracked down Margaret at her home in Paekakariki. Known to have the biggest heart in town, she took me in for the night. Her place was comforting, like the smell of Mrs. Grass’s soup.

Margaret is 77 years old and lives with her American Labrador, Finn. “He’s got a big head, that’s why I know he’s an American lab,” she said.

Upon my arrival Margaret was in the midst of making a chocolate cake – from scratch. “It’s Jesus’ birthday cake,” she said, reading instructions from the cookbook Quick, Thrifty, and Simple.

Margaret was from England; she moved to New Zealand in 1964 with her husband and worked as a teacher for children with special needs. “We called them spastics back then,” said Margaret, stirring the batter. She stopped, looked out the window and said matter-of-factly, “We’ve come a long way since then.”

Margaret talked about church, living by the sea, her husband and, of course, Finn. “He turned 12 last week,” she said, setting the empty mixing bowl down on the floor for Finn. It seemed like such a normal thing, like giving a child a cake beater.

“I’m better at throwing together a fruitcake, but this is for the children at church,” said Margaret. “I’m making it a day ahead; if I mess up I have time to try again.”

Margaret had gray, curly hair, purple sweatpants and a collared orange shirt that was fraying in the back. She was a dedicated recycler with a teacup of eggshells on the kitchen windowsill and glass bottles full of water scattered around the house. She also had a wonderful garden; her backyard full of lemon trees, grapefruit, ugli fruit and flowers.

A widow for seven years, Margaret talked freely about her husband. “He was in the service and injured,” she said. Her husband initially suffered a superficial leg wound. “When they sent him back to service, people from the small town wrote the Queen Mother and said they felt it unfair to send an injured man back to battle,” said Margaret. Her husband was more seriously injured on D-Day when he took artillery to the back. “He spend months in the hospital,” she said. Finally discharged, the couple moved to New Zealand so her husband could work as a carpenter. “He ended up building huge buildings with cement block. “It’s not exactly what he wanted to do, but we got along.”

In his mid-70s, Margaret’s husband had a severe fall while climbing a ladder to their second floor. “Doctors said he fractured his head in three places,” she said. Margaret cared for her husband at home. “I had a nurse come in and help me.”

“One day we were lifting him out of bed and the nurse had him piggyback, and he looked over and winked at me,” said Margaret. She said she was a little flustered, thinking he was getting chummy with the nurse. “Then he rested his head and the nurse gently said ‘Margaret, he’s gone.'”