Menu
Menu
Some photos from Vega to Amarillo and into Conway, Texas. Clicked off 65 miles on Thursday.

Thought this was an interesting because it featured the colors of the Green Bay Packers but did not say it was the Packers. 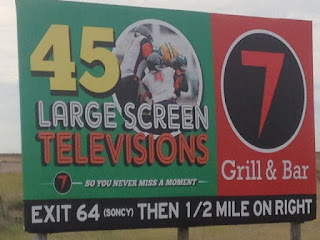 _______________
I understand with the recent storms I will have no trouble finding my own rattlesnakes on the road. A woman from the Lutheran church in Amarillo said, “Oh they’re terrible this year!” Her comment about rattlers was similar to how we talk about mosquitoes or lake flies. 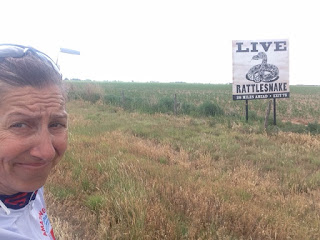 _______________
A look at the crazy amount of garbage people leave behind in the cornfield at this free tourist attraction along I 40. One man said they’re half empty spray cans that people leave for others. It looks horrible. 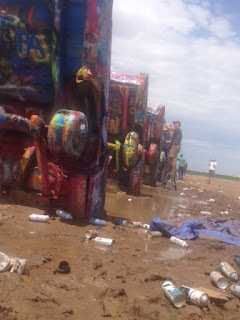 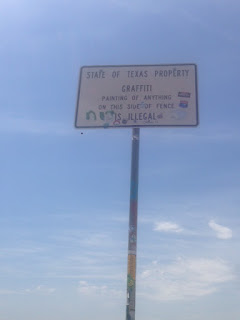 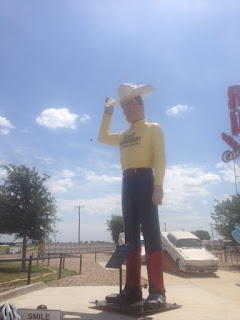 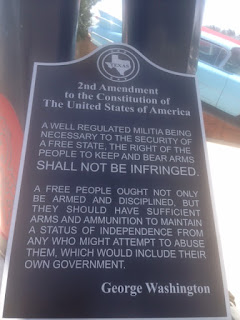 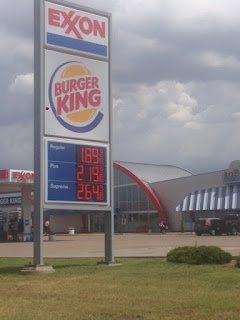 This is Mike. I met him at a rest stop along I-40 just east of Amarillo. He was getting on his rain gear and I asked him if the headwinds were always this strong. “It’s the Panhandle,” he said. We talked a bit about the storm warnings and I thought I was in the clear because the threatening skies were definitely ahead of me.

“But if you look here there’s another system coming up behind us,” he said pointing at the radar on his phone. “If I could fit your bike on my bike id be happy to give you a lift.” 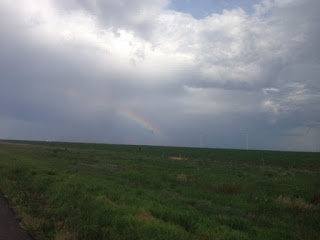 You can see the rainbow ahead and I didn’t even bother with a photo of what was behind.

Headwinds were about 15 mph and I had 15 miles to go before I would find shelter at Loves truck stop.

That was exhausting … And the so was finding a place to stay.

There were no churches at the intersection town of Conway. The Executive Motel wanted $69 and the Motel Cafe wanted $40.

I asked the manager at Loves if u could throw up my tent on a piece of grass out back. “You can,” he said. “The truckers any bother you but the snakes might.”

The skies were really dark and the Lightning was large so I opted for Motel Cafe.

Pam at the counter checked me in. “Oh yeah the snakes are bad this year. Matter of fact we just had one crawl up the drain,” she said as I slid my credit card across the counter.