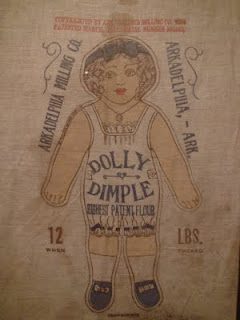 Do you remember Dolly Dimple Dolls? Me either. Dolls were printed on sacks of flour from the Arkadelphia Milling Co. in Arkadelphia Arkansas.
Moms cut them out, stitched and stuffed them. Little girls loved them. 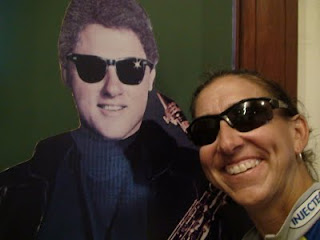 Hope, Arkansas… birthplace of President Bill Clinton. That’s me on the right. 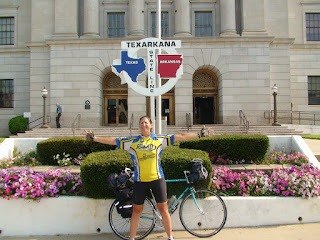 Crossing the state line from Texas into Arkansas in Texarkana. Picture taken in front of the federal courthouse where I would later encounter U.S. Marshalls who surround my bike because of an apparent security threat. 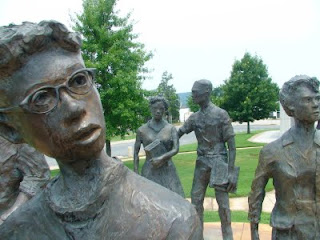 A bronze sculpture outside the state capitol in Little Rock representing the Little Rock Nine, a group of students who tried to integrate Little Rock Central High School in 1957. 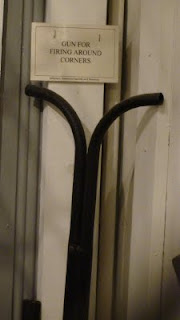 A rifle used to shoot around corners, on display at the
Historical Society in Jefferson, Texas.