Menu
Menu
A quick photo gallery of my adventures on Sunday. 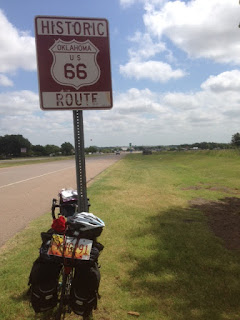 Trucking along on the Historic Route 66 and finding the bones of some old motels along the way. Some are obviously closed while others can still turn a buck or two. 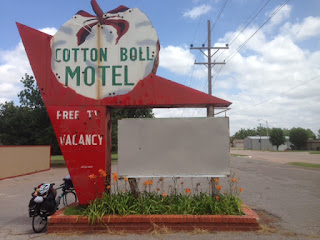 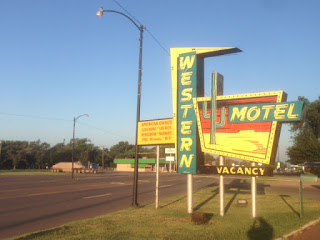 Stopped at the Route 66 Museum in Elk City and it was closed.
Then I pushed along to the museum in Clinton, about 23 miles away… But it sure felt farther.  The art at the museum in Clinton is colorful and the photos totally grasp the hard times and the changes going on across the country.  Typical road conditions of Route 66 in 1920. 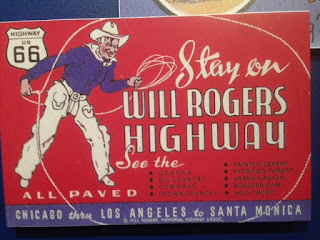 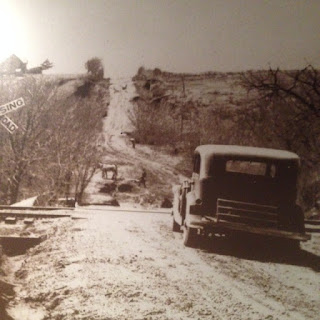 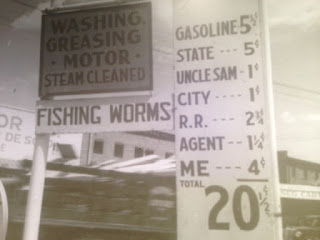 Originally commissioned in 1926, Route 66 became the first national highway to cross the Midwestern part of the country from east to west.  It was 2,448 miles.
BELOW: This is a sharecroppers family near California in April 1935. 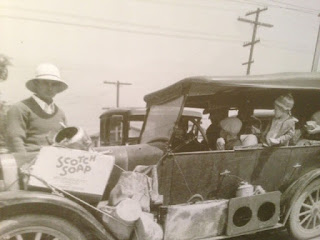 A migrant family in Oklahoma pushing a truck to get it started and head to California. Photo c. 1939. 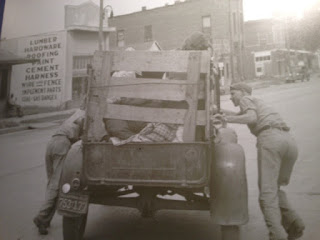 Greyhound bus from c. 1937. I’m trying to remember where the Greyhound stopped in West Bend. I think it was at George Webbs on S. Main. Did it make a stop at the Red Owl on Highway 33? 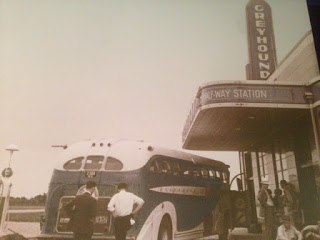 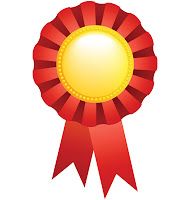 On a side note, today’s Kindness of Strangers Award goes to
Kimber from St. Mary’s Catholic Church in Clinton, OK. Kimber helped get me settled in a house across the road from the parish. At 58 she lost her mother in February and her husband shortly there after.

“It’s not fun, I tell you, to lose your two best friends like that,” she said.

Kimber had an upbeat personality and spoke about keeping busy.

A secretary in the church office, Kimber had lived in Clinton her entire life.

Her husband was 15 years her senior.  “I just gotta keep movin on,” she said. “What else can you do…. but, it hurts – there’s no foolin anybody about that.”