Got up with the sunrise to try and tackle Rome by bike. I took the bus the day before and just didn’t cover the distance.

On a bit of an insider note, big cities intimidate me a little. There’s a nervous apprehension of getting lost along with the excitement of discovering new things. 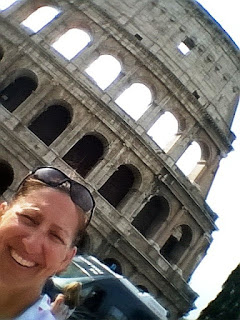 I wanted to find the Coliseum. I met people from Texas who had the same thing in mind. We chatted about our travels in Italy and then I was a big showoff and took advantage of a friendly Roman soldier in full on red feather helmet, breast plate, sandals and sword.

Everybody else could see this coming – I was such a rube. We fought with swords. He was ready to slit my throat; it was like playing with a character from Disney. That’ll be 5 Euro,” he said. That totally wrecked it for me and I declined. Seriously, if I owned that outfit I’d be walking around in it all the time just to make people happy. 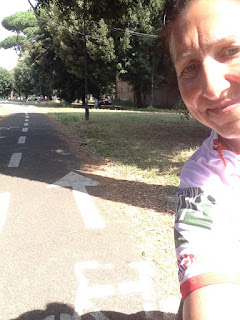 After photos outside the Coliseum, I found a well-marked bike path; several paths actually. One that ran along the FiumeTevere river and another that curved through a park-like setting with a canopy of trees.

One of the things I was ill prepared for was the strength of a bike lock. I brought my cute little scout lock and I’ve noticed everyone, even the motor scooters, have industrial locks. 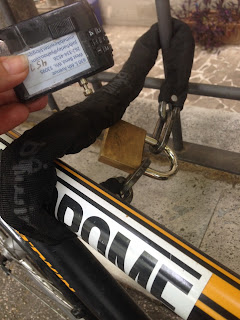 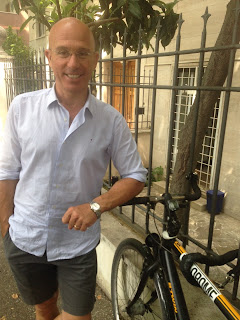 Faggioui caught me taking a photo of his bike and lock, and stepped outside to school me on rampant bike thefts in Italy. “I had a Cannondale (read – expensive bike) stolen and it was locked,” he said. 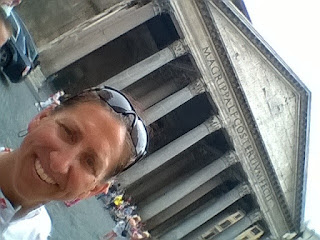 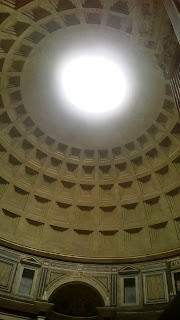 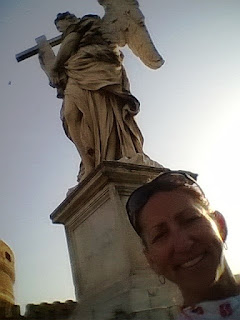 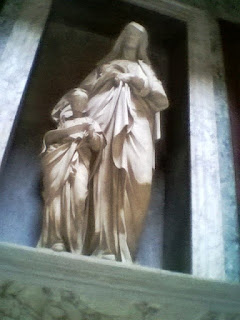 Traveling solo, I use my wimpy lock when I jump into the grocery or just step into a church for a photo. I’ve also taken to pulling the front wheel and taking it with me, but some places like the Coliseum, wouldn’t allow the wheel so I just suffice in touring other things like the bridge of angels, the Olympic field or the Pantheon. 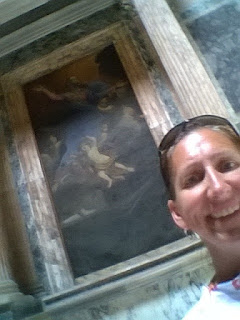 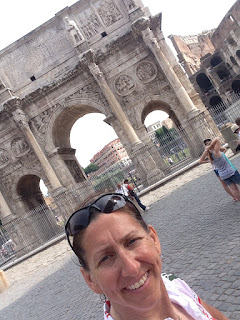 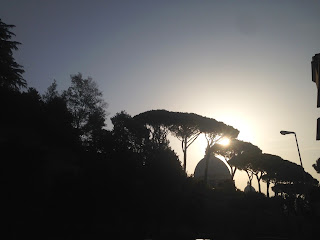 Tomorrow, it’s on to Parma!