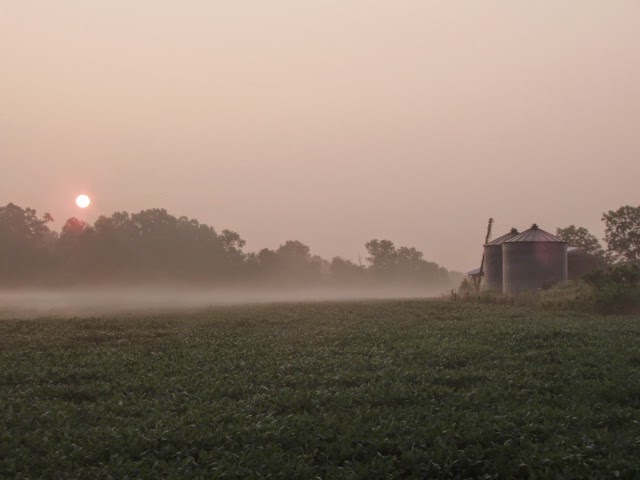 I’m often asked if I ever plan to write a book about my travels and adventures. It’s always a thought – – but I procrastinate because of time and the fact I lost a portion of my diary when Yahoo changed its website.

Tonight as I was futzing around on the Internet I found it! My entries for my 2006 tour from South Carolina to West Bend.  I’m elated and below is just one of my ridiculous days on the road. ((Looking back on this – – even I THINK IT’S CRAZY!)

SURVIVOR STEFFES – HITCHING A RIDE THROUGH THE HILLS   SEPT 15TH 2006
This has now officially become the bicycling/hitchhiking tour.  It’s a clunky way to travel, but somehow I think it’ll catch on.
Unsafe roads and way too many steep hills, along with my ignorance about the area, have prompted the decision to revert to Plan B.
I left Abingdon, VA with every intention of make it across the state line to Kentucky today.  However, during breakfast at the Chicken Little Diner I started listening to the locals talk about ‘bad roads’ and ‘not enough room for you and the trucks.’ 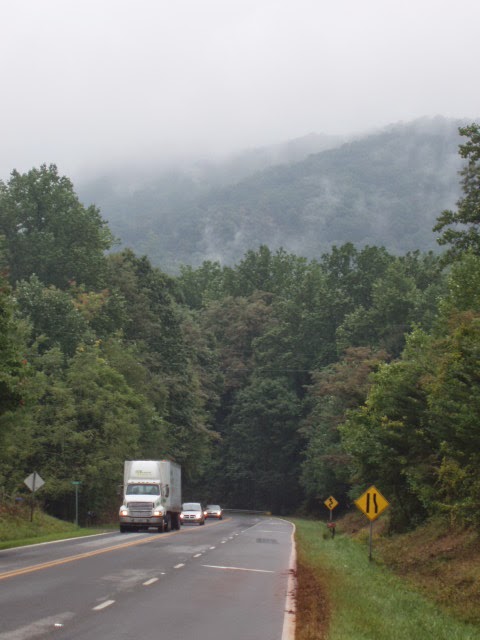 In an attempt to add a little levity to the issue I asked one trucker what the CB term was for they bicyclists.  “Vehicles” he said blandly.  “Vehicles?” I repeated.. “NO, VICTIMS,” he said enunciating so as to wipe clean his southern accent.
Not long into the ride on Hwy 19 from Abingdon to Hansonville proved to be what the locals said – – not enough room for me and the semis.  And the semis weren’t moving over.
Pausing at a gas station to rest my nerves I met Mike.  A former sheriff’s deputy in Wise County; now retired.  “Injured on the job fighting with an 18-year-old drunk,” said Mike who had a bald head and the build of a WWF wrestler.  Mike owned a couple acres and a few horses in the mountains.  He took me past our initial destination of Coeburn and dropped me off at the Food City in Wise, VA. 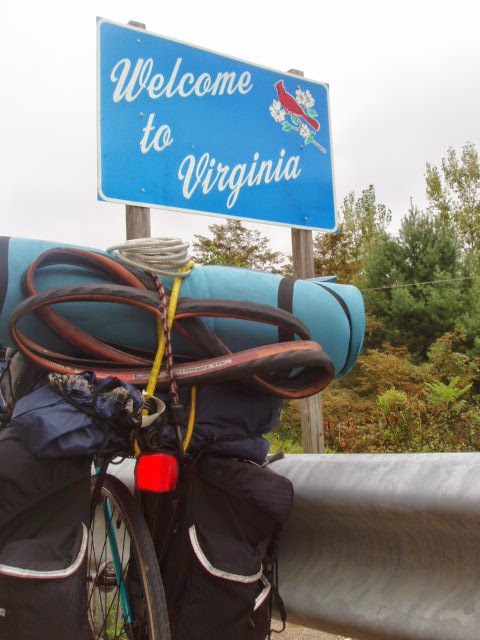 That’s where I met Drew and Peggy.  Drew was in a one piece blue and orange jumpsuit and I asked him for directions.  He told me to ‘hole tight, I’ll take ya dare.’
We threw my rig in the back of his pickup, nestled it between the gas cans and weed eaters.  “We’ll take yuse as far as Pound, then I’s got to get back and mow.”
I jumped into the front cab next to Peggy.  She helped Drew with the mowin’.  The two were a younger couple, not married.  If I were to profile Drew, I probably would have been wary of getting in the vehicle alone.  He had tattoos up and down his arm and talked about working in the coal mines.  “Make about $25 to $30 an hour,” he said adding “the huge fans worked to keep most of the bad gasses out.”
We became a very close threesome within the next 10 miles. Mostly because Drew tried driving at the speed of light and every turn had gravity pulling us to one side of the vehicle or the other.
Drew and Peggy also took me a bit further then Pound.  “We’ll gettcha up this last hill and then you’ll be able to just drift into Kentucky,” said Drew. 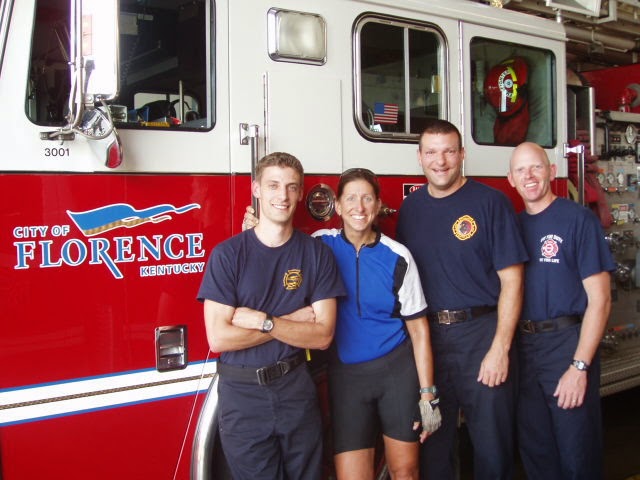 I drifted a bit and then had two more huge hills to climb before resting at a gas station outside Jenkins.  As I was sitting I saw an old lady trying to lift the hood of her vehicle.  She seemed to know what she was doing, but after unlatching the hood she didn’t have the strength to push it up.   “What do we have goin on here,” I asked raising the hood and clipping the brace in place.
“That’s my mess over there,” said the woman pointing to a pool of water by the pump.  “Need some water for my radiator.”  Viola was 83 years old.  She had a little egg from breakfast in the corner of her mouth.  She also had a snack packed for later that day, on the front of her shirt.
“Do you like this area,” she asked pleasantly.  “Very hilly,” I started to say and Viola cut me off.  “Oh the trees are so pretty and when it snows it’s just gorgeous.” 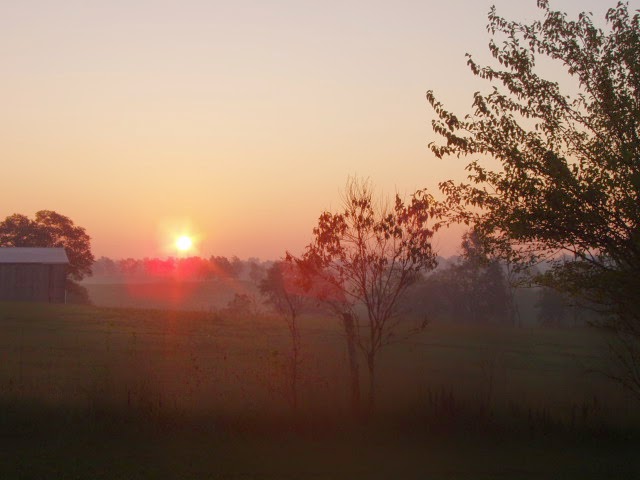 Viola doppled inside to get some water and I went to the house next door to the gas station.  The building had been converted into a radio station and I went to chat about format and news.  After about 10 minutes my break was over and time to get back on the road.
As I was pulling up the driveway onto the highway I ran into Viola, she was walking.  “Hey Viola, where are you going,” I asked.  She acted surprised, like this was the first time we met.  “I’m crossing the road to make a phone call,” she said.  “Didn’t they have a phone back at the gas station?” Viola waved me off like there was a feud between the Hatfield’s and McCoy’s and she wasn’t about to use THEIR phone.
“I have a phone you can use,” I said.  “YOU have a phone,” she said almost laughing and secretly knowing my lifestyle ban on phones and figuring I was only smart enough to turn it on and then we’d both be stuck.
Viola was giving me a lot of credit, I really haven’t even tried turning it on yet.
“I don’t think you should be on this road,” I said as a passing semi drowned out my words. Viola didn’t react, she just kept on moving.  “I’ll walk with you,” I said… to Viola’s back.
Within the first 10 feet on the highway there was a WIDE LOAD house parked at the side of the road.  The ditch was too deep on one side so Viola continued walking with confidence on the speedy-highway side.
It felt just like the television show Survivor and our mission was to get the old lady across the highway.

We were a team, edging alongside the wide load.  Me saddled with my bike and 70 pounds of gear and Viola armed with determination and constant confusion.

“We’d better hurry,” I said keeping an eye over my shoulder for traffic. Viola turned and looked at me, like it was the first time she saw me.  She also felt she was holding up the line so she turned and graciously waved me ahead.
“That’s o.k.,” I said.  “I’ll follow you.”  And that’s when Viola felt it was time for a hug.  “Oh you’re so nice,” she said pulling me close and unintentionally sharing her snack. 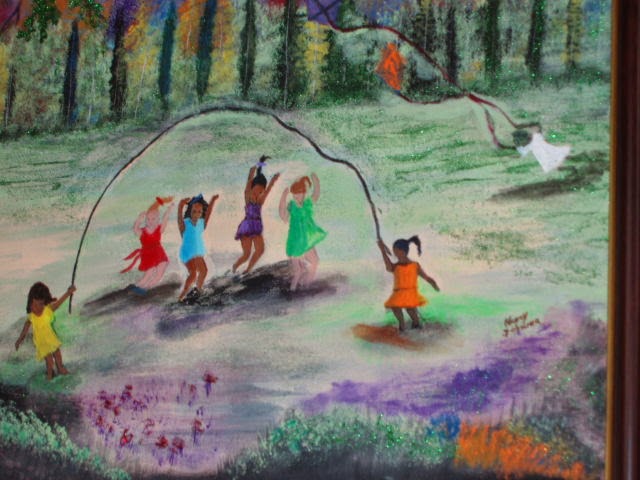 Pushing forward I suggested we cross to the median.  I tried to rush and Viola kept to her ‘I’ve-got-nothing-on-my schedule’ pace.  We reached the median and I suggested Viola take my hand as we cross to the other side.  She looked at me with a hint of stubbornness.  “I can,” she began and stuttered as she stumbled off the curb.  “I can do it myself.”
Viola was testing my survival skills along with my patience.

I managed to flag down one of the truckers crossing the Highway returning to his wide load.  “Come help this lady,” I said.   He moved one step slower then Viola but finally the two got across the road and I headed for the state line.