July 2, 2019 – Caldwell, NJ – A holiday tradition is alive and well in New Jersey, and I expect Washington County as well, as folks hang their red, white, and blue bunting to celebrate the Fourth of July. 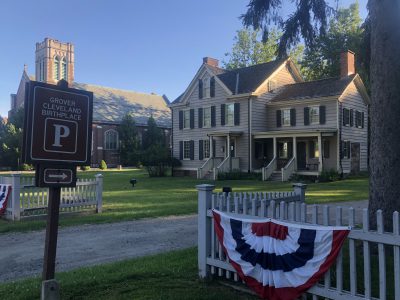 The President Grover Cleveland boyhood home in Caldwell, NJ has its bunting hung for the holiday.

Sharon is the executive director of the home and her husband Bob is her right-hand helper. The couple live up the hill and around the corner from the home. 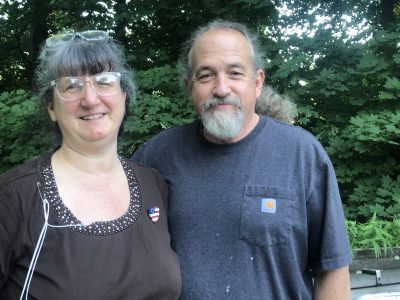 “When I took this job they asked me how long I thought I’d stay,” said Sharon. “I gave it three… maybe five years.”

It’s going on 39 years Sharon that has held down the fort at the Grover Cleveland boyhood home.

A fantastic historian. Sharon has met the son of President Cleveland and she’s helped grow the collection of artifacts with clothing, photos, pipes and even some items from Cleveland’s medicinal collection. 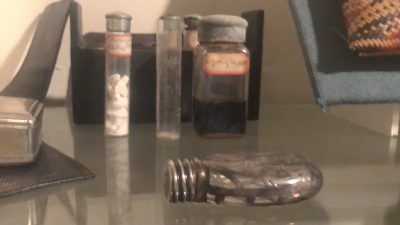 Bob provided a personal tour of the home and was kind enough to open the doors to me on a day that it was closed.

Then, in neighborly fashion, he offered me a place to stay. I suppose I could have slept upstairs at the Cleveland Museum; Bob and Sharon lived upstairs for years when they first got married.

“It was so hot up there during the summer we’d come downstairs and lie on the wood floor in front of the screen doors,” said Sharon. “The year we moved out they added air conditioning.”

Bob and Sharon were gracious hosts. Breakfast on Tuesday morning was out on the back porch. Through the thick stand of trees you could see the Cleveland home.

“You know you’re sitting in the neighborhood where the home is from the HBO series The Sopranos,” said Sharon.

A quick Google search and, sure enough, Tony Soprano and his wife Carmella lived in Caldwell, New Jersey. 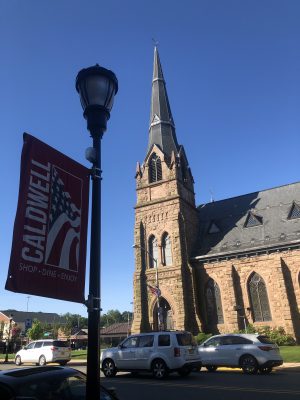 A hat tip to my generous hosts who made me feel extremely welcome.

On a side note, Sharon actually used the slang “they rubbed her out” while talking historically about the death of a pastor’s wife during the Revolutionary War. It felt very “New Jersey gangster.”