Jan. 23, 2019 – El Salvador – It’s difficult to wrap your head around the impact one person has made, especially if the significance occurred in another country. One person in El Salvador who impacted the entire culture through multiple generations is Rev. Oscar Arnulfo Romero y Galdamez.

For the next seven days WashingtonCountyInsider.com will post details on the missionary trip of David and Nancy Slinde of West Bend.

This is the couple’s 30 journey to the small Central American country. Over the years, the Slindes have helped improve education, plumbing, and business development.

In May 2015 Pope Francis celebrated the beatification of Salvadoran Archbishop Oscar Romero and in October 2018 Pope Francis declared him a Saint.

Romero was recognized for his dedication working with the poor and speaking out against social injustice. He was assassinated while celebrating Mass on March 24, 1980 at the age of 62.

Our tour guide Arnoldo Carcamo took us to Romero’s crypt located in the lower level of the Metropolitan Cathedral of San Salvador.

The authentic walking staff for Saint Óscar Arnulfo Romero y Galdámez sits on top of the crypt. There is a round red object in the middle of the crypt symbolizing the bullet that struck Romero in the heart. David Slinde from West Bend pointed to the senior citizens praying at the kneelers on either side of the crypt. “The person who came in with the cane is likely a follower from when Romero hosted a popular radio broadcast,” he said. “The others here are just young whippersnappers.”

According to a post about Saint Óscar Arnulfo Romero y Galdámez and his radio broadcasts:

In these sermons, he listed disappearances, tortures, murders, and much more each Sunday. This was followed by an hour-long speech on radio the following day. On the importance of these broadcasts, one writer noted that “the archbishop’s Sunday sermon was the main source in El Salvador about what was happening. It was estimated to have the largest listenership of any programme in the country. 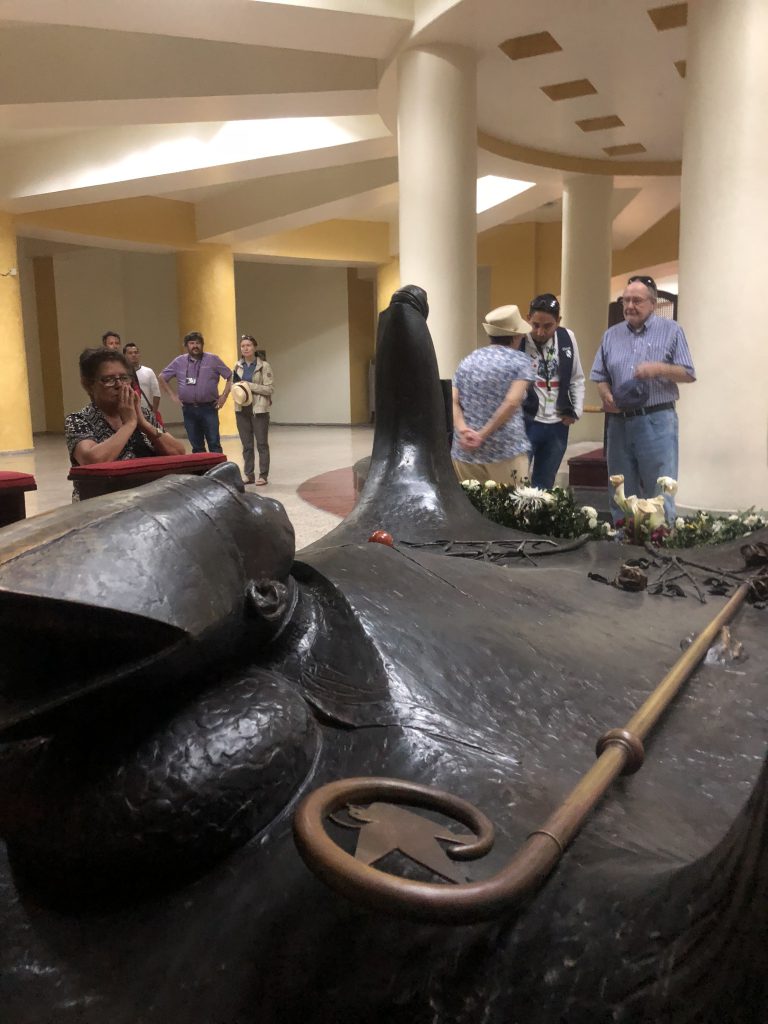 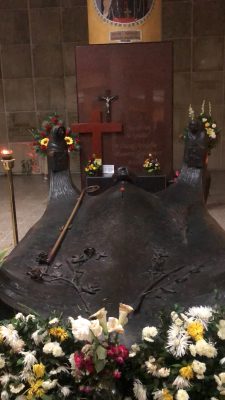 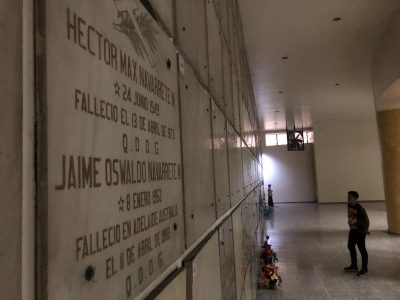 Below is a photo gallery of the Metropolitan Cathedral of San Salvador. The interior has many similarities to St. Mary’s Immaculate Conception in Barton, especially the artwork.

Note on this exterior photo the decorations in the trees. It was Jan. 21 and Christmas decorations were still on display. Our tour guide Arnoldo said it was the mayor of the community. “She doesn’t care the holiday is over. She doesn’t put the money forward to staff taking down the display.” 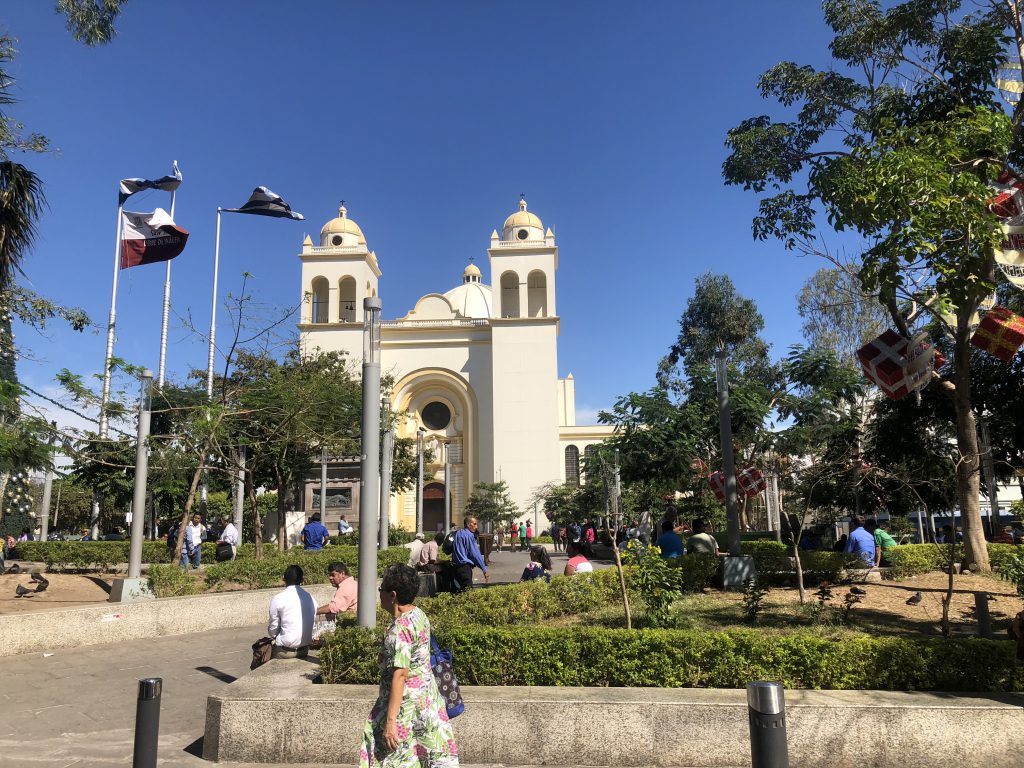 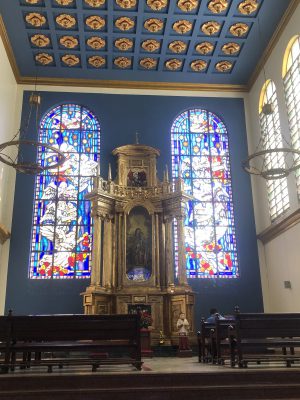 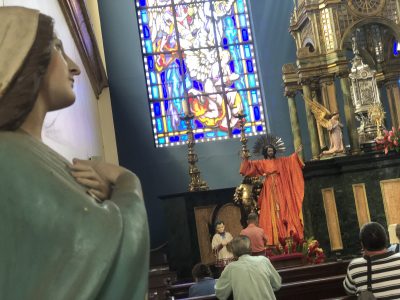 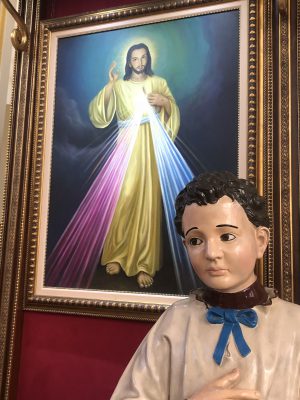