July 7,2017 – Amsterdam, Netherlands – A quick photo gallery and a list of some of the towns and cities I’ve pedaled through: 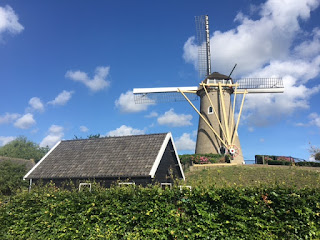 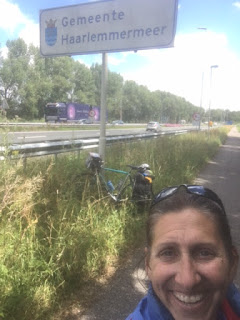 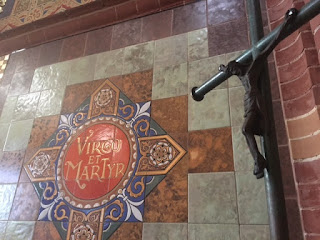 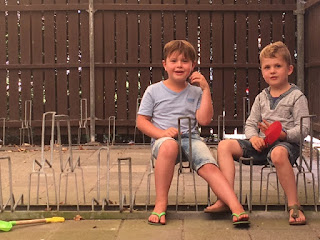 The churches, canals and city centers have all been brilliant, colorful and full of life and history.
I am never alone on the bike trails. However, my skills are minimal compared to the Dutch. They bike with purpose and enthusiasm – they can also bike with no hands and text at the same time. 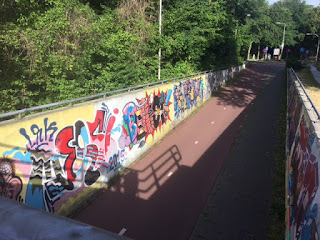 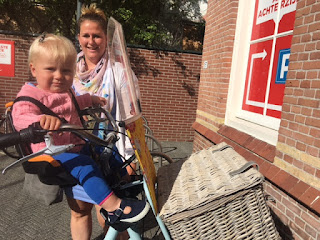 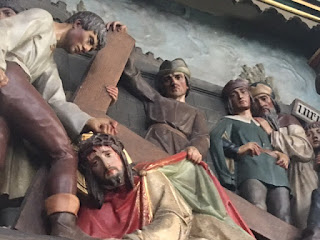 There is a reason so much of the Netherlands is green. The powerful overnight storms knocked the weatherproofing right out of my tent last night.
I’m headed north of Amsterdam for the next few days.  Locals say that’s where a lot of traditional life is located with wooden shoes and women in Dutch caps.
From the stories it sounds a lot like the Amish in Wisconsin where they rather frown on having their photo taken and the surroundings have also turned very touristy, probably similar to the Wisconsin Dells.
We will soon find out.
Thank you to all the supporters who have been so generous to give to the music and exercise programs at Cedar Community.
And if you’ve received a post card please consider adding it to the collage on the second floor at Cedar Ridge. It would be nice to grow the photo quilt and I promise you can have your card back when the tour is over. 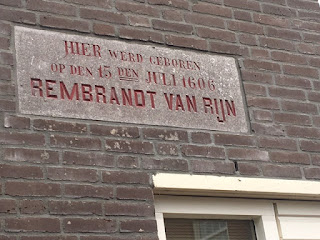 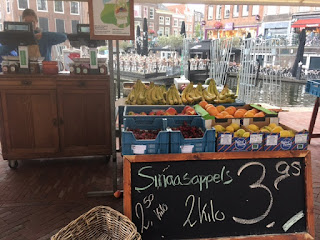