About 7 miles after crossing into Oklahoma I pulled off the road to seek shelter for the sun at a gas station in Erick. Hiding behind a big stand of trees was a billboard for the Roger Miller Museum. 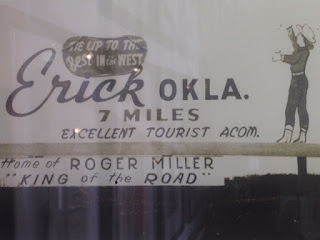 The museum was in the old Hood Drug Store. Back in the day it was run by Ed Hood who was uncle to Darla Hood from the Little Rascals.

The drug store had a soda fountain and was a popular teen hangout for the Erick High Schoolers. (They were the Bearcats) 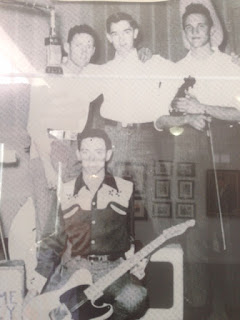 Lots of vintage photos and stories about Miller who apparently was a handful while growing up.
Miller moved in with his aunt Armia and said it was “so dull you could watch the colors run.”
He also mentioned “the town was so small the town drunks had to take turns.”
In school Miller was one of 36 students. “Me and 36 Indians,” he said. “We had a high school dance and it rained 36 days straight.” 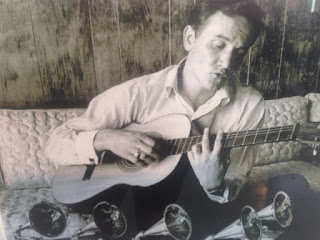 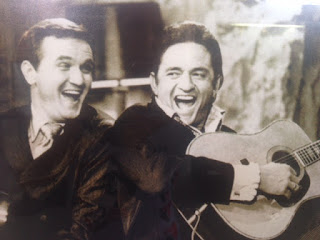 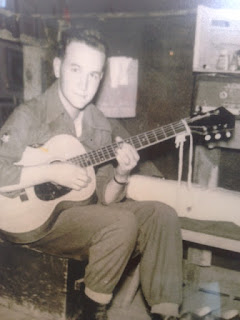 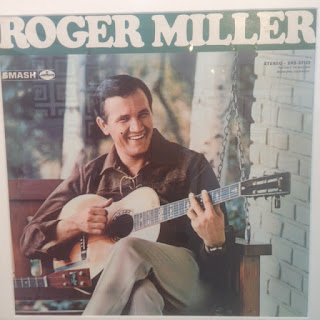 I thought the Miller Museum was fabulous until I drifted down the street and met Harley.