Two weeks into the tour and I’m reluctantly starting to accept reality. I’ve pedaled from Albuquerque, N.M. to Oklahoma City, OK but I’m pathetically slow and have a lot of territory to accomplish in the next seven days.
So, on to Plan B! With severe heat warnings in northeastern Oklahoma I’ve rented a car for a day to get me at least up to the Midwest.
The brilliant decision affords me a couple luxuries, including a visit to the American Banjo Museum in Oklahoma City. 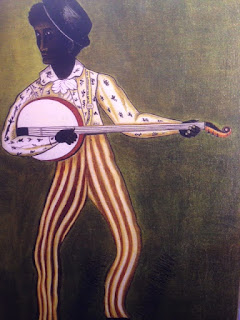 I saw the museum on July 4 as I was pedaling around Bricktown.
The museum is in a former candy cane factory on Sheridan Avenue. 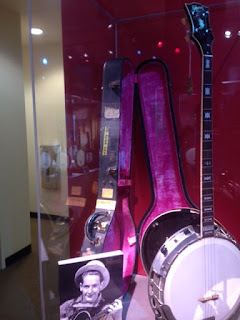 There are over 400 banjos on display, including this one (below) with Wisconsin ties. 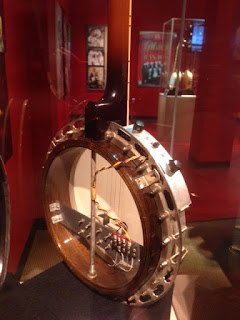 Les Paul of Waukesha started his career playing the banjo. “He actually bought the banjo, took it apart and electrified it,” said Dustin Pyeatt, museum development manager (photo below). 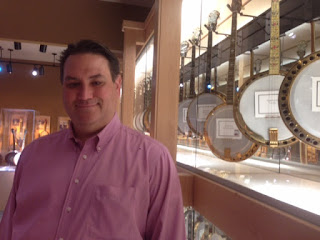 Pyeatt leads me on an exclusive tour of the two-story museum pointing out some of the highlights and sharing the history of minstrels and jazz, blue grass and the amazing talents of Steve Martin. 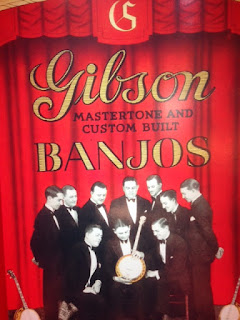 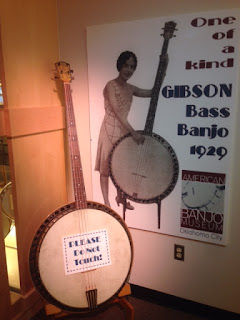 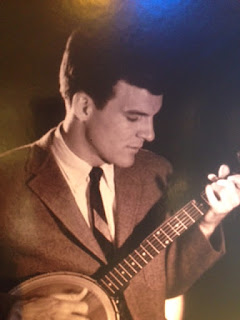 Martin got his start in music and magic at 10 years old working at Disneyland. As far as the banjo was concerned he said, “As a beginner you can’t practice the banjo or violin around anybody as they’ll go insane, so I would sit in my car and roll up the windows even on the hottest summer days -and struggle to learn the banjo.” 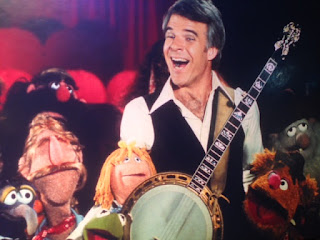 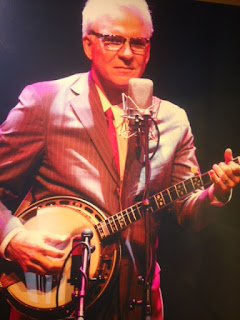 Behind the scenes: The updated tour now looks like this,,,,

To get home in the scheduled three weeks I’m hoping to leave the excessive heat behind me and resume pedaling this afternoon from Columbia, Missouri.

A bit happy to have a vehicle since this is how my morning looks before the day gets under way. 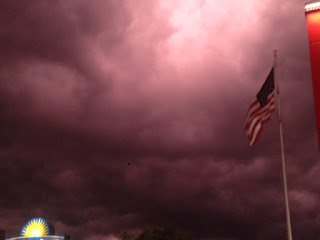