Menu
Menu
Making my way north out of Truro to Amherst …. with the best of intentions. Sunny skies and temps in the upper 80s – but strong headwinds most of the way. 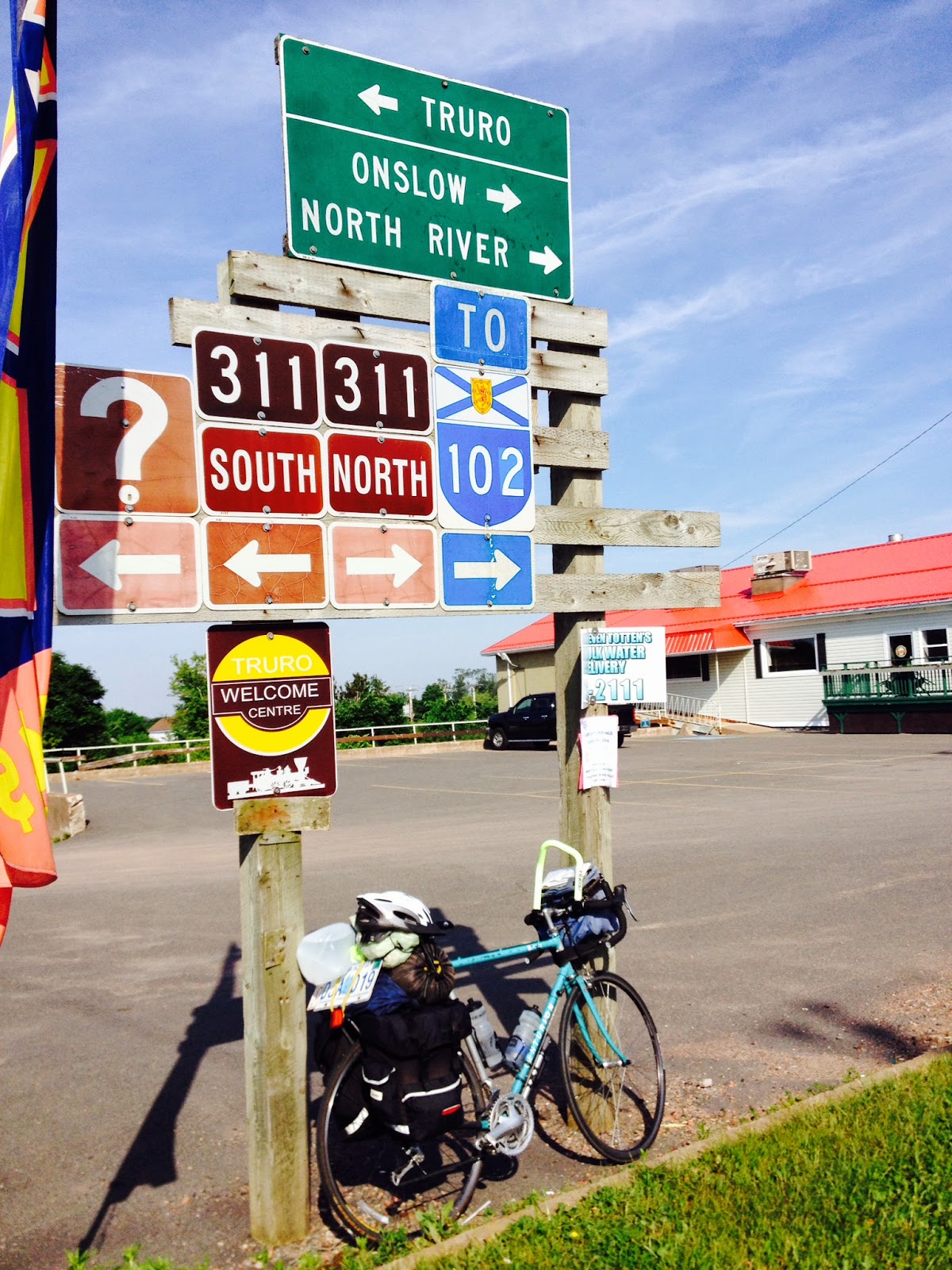 Took the old Route 4 which was the primary road before the Trans Canada Highway. A bit more scenic, lot of up/down including a 50-minute slow climb of Folly Mountain. Rewarded on the back side with seven miles of down and top speed of 39.7 mph.

This mural (above) was alongside a barn at Wentworth Valley Ski Hill. It showed people getting off a train with their wide wooden skis with strap bindings. 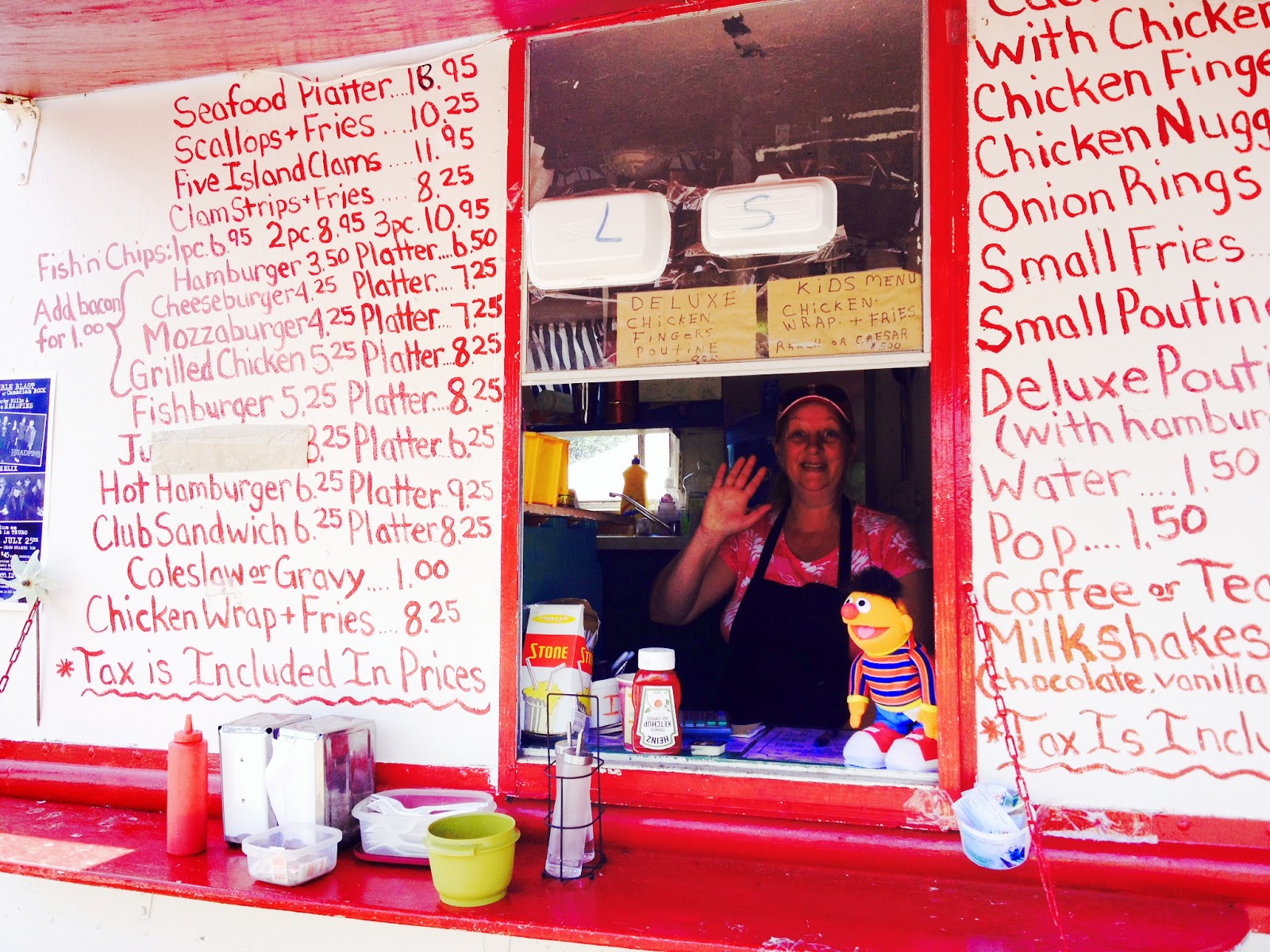 There was a little food truck, Emily’s Tatties Take Out. It looked like a 1950’s comet camper sitting along Route 4. Pauline Cooke ran the shop that featured ‘the best clams ever eaten.’
“We get them fresh every day. We don’t over cook them and we have a secret breading,” Pauline said while sweating inside the unvented camper.

I stopped for some shade. Pauline offered me fried clams. I would have paid for shade and she said she would have, too. 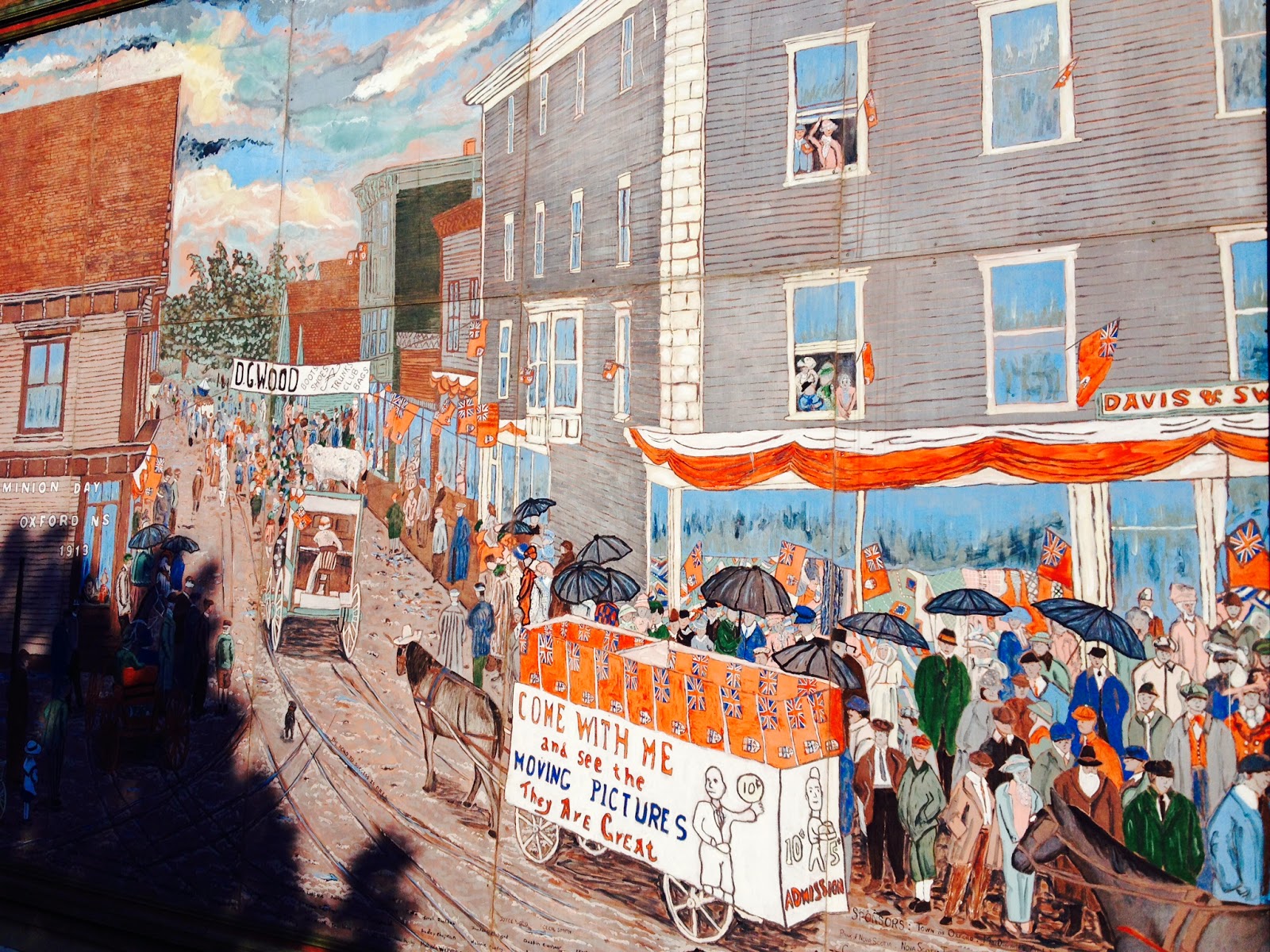 A Painting of Dominion Day 1913 (above) on the side of the Days Gone By Antiques and Collectibles shop at 27 Water St in Oxford.
Dominion Day was the name of the holiday commemorating the formation of Canada as a Dominion on 1 July 1867. The holiday was renamed to Canada Day by Act of Parliament on 27 October 1982.

Sampled some of Nova Scotia’s home brew while relaxing after a hot 58-mile day.
Pastor Brad and Family
Pulled into the small community of Oxford and it only took one ‘ask’ and Pastor Brad let me stay in the youth building at the Church of the Nazarene on Main Street in Oxford.

“There are some stale chips on the counter and warm soda if you like,” he said. So sweet.

The youth building had several couches, a clean bathroom and…… thank God for air conditioning.

I met the pastor’s wife and kids. The family was leaving to go camping, as July 1 is their Canada Day holiday.

Pastor Brad asked about my jersey and the tour; as he was headed out the door he said, “I’ll say a prayer for your dad.”

So kind. He left, and then popped back, “Do you want the wi-fi password?”

Have I mentioned how nice folks are in Nova Scotia?!