Menu
Menu
July 13, 2017 – Amsterdam, Netherlands – It was a day full of rain and Jewish history. The must-have ticket is to the Anne Frank House. 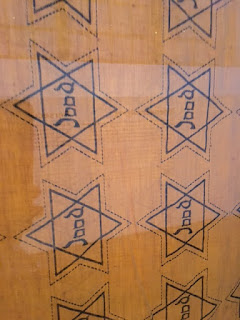 It’s amazing and sad all at the same time. Rooms where the Frank family, the van Pels and Fritz Pfeffer lived were tight quarters. The floors creaked, still, and that limited their daytime movement. 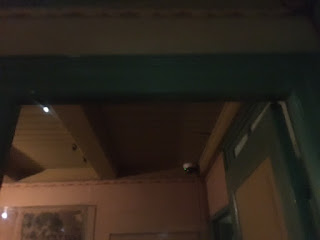 We climbed the stairs to the office and then the hiding space. Steep stairs. You had to duck your head and step up about six inches to climb behind the bookcase and through the secret passage. 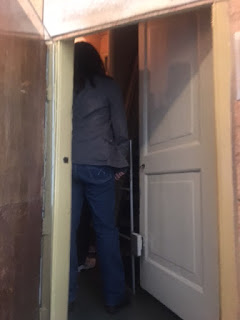 The helpers had to shop for eight people in hiding; ration cards were purchased on the black market. 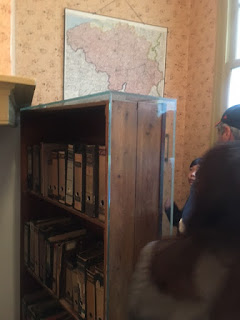 Height markings for Anne and her sister Margo are visible on the wall along with film star photo collection and post cards.
Rudy Vallee, Ray Milland, Ginger Rogers, Greta Garbo and a post card of chimps around the card table.
The toilet is decorated with Delft blue.
“Wouldn’t it be horrible for a father to read these thoughts after she is gone,” said one woman as she left the exhibit.
Otto Frank was the only one to survive after their Secret Annex was found and everyone arrested
They were deported first to Westerbork transit camp, and then to Auschwitz.
An interview with Otto Frank and his thoughts about his daughter.
“Anne realized how serious her situation was and she kept her faith.” 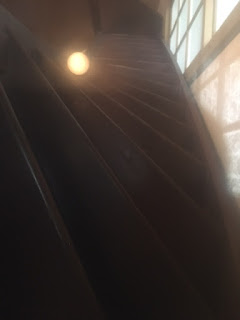