Menu
Menu
July 5, 2017 – Oudewater, Holland – Let’s just be clear, if I sat on a broom I’d crush it; there would be no sailing about. But no matter, according to the executive director of the Museum de Heksenwaag, also known as the Witches Museum. 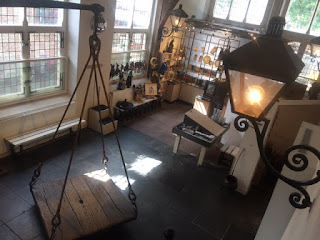 From 1450 to 1650 it was a low place in history because of the witch trials. Witches, don’t you know, were as light as a feather and able to fly.
Burning of witches was a real plague. A rumor was enough to declare the accusation official, thus, thousands of people were killed. 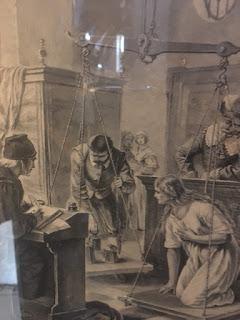 During the witch trials, if someone was accused of being a witch, a “water test” was performed to prove whether or not the accusation was valid.  Examiners would throw a suspect with tied hands and feet into the water. If the suspect sank, then innocence was proven and she was dredged up and released.
If the ‘witch’ stayed afloat she was proven to work magic and subsequently brought to court. 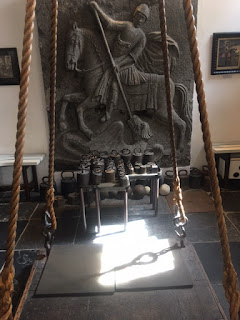 People from across Europe and beyond flocked to Oudewater to be weighed and given a certificate declaring they were not a witch.
It wasn’t the scale in Oudewater that was specifically spot on ….it was a matter of the person manning the scale being honest. 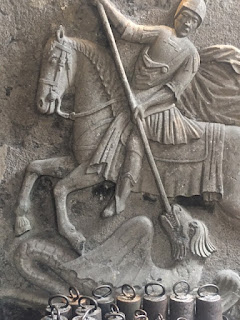 I agreed to be weighed and tested. As the executive director, Jeanette Blake, said, “there was really no way to win.”
Listen in when I say I’m too fat to fly a broomstick and she comes back with the claim that I schmeared boiled baby fat on the broomstick and that helped lift me off the ground.
Eventually I passed and was given a certificate worth framing.

What an odd time… but what a great museum. Hat tip to the hostess, Jeanette Blake; she was a great storyteller!