Menu
Menu
July 4, 2017 – Gouda, Netherlands – you just don’t know what you’ll find that reminds you of home as you traipse across the country. 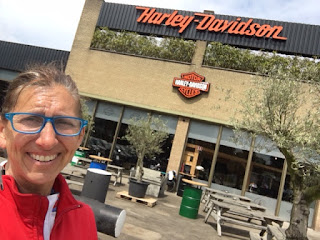 Bumped into this Harley dealership while leaving Zevenhuizen. And then I happened upon another bike shop in a little town of Moordrecht. 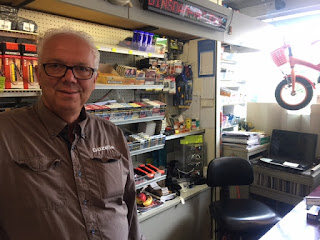 Lene, 59, started the shop as a bicycle business and Shell gas station.
About five years ago he started to get ill because he was working 13-hour days, so he cut back to just bikes. The electric bicycles are big business in Holland.
“They’re called the Transporter,” said Lene.  “People love them but after about five years the battery goes bad and then it’s about €400 to fix.  People don’t like to hear that news.”
He said the new engines were too quick to market.
After 30 years in business Lene hopes to retire in just 3 more.  “So I can do what you’re doing,” he said. 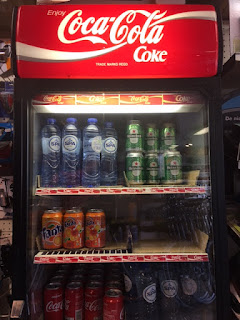 I happened to like the variety in Lene’s store refrigerator.

Making my way into Gouda. 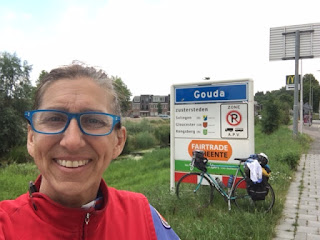