Menu
Menu
Made one 20-minute stop at the Cuervo Gas station. It was one of the originals on Route 66. 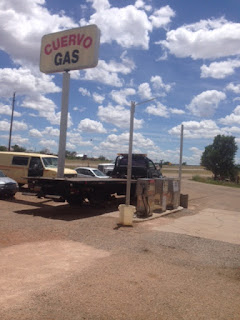 Mary Lou married the owner of the gas station when she was 17 and he was 20. They just celebrated their 53rd anniversary. 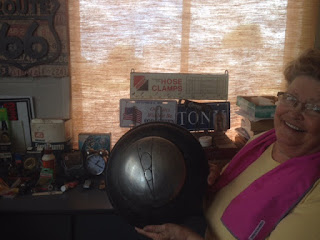 She sold me a Gatorade and talked about the changes on Route 66. She proudly bragged about her daughter who became the principal at the elementary school in Santa Rosa and she confessed she was about ready to sell the gas station and move on. 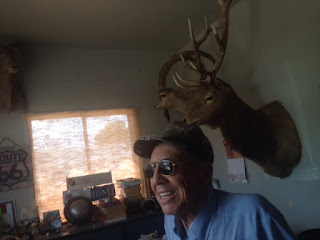 Antionio at his station. We were talking about the mounted rattler on the opposite wall.