Shelby, TN – A sign at the side of Hwy 388 heading north about 10 miles outside Memphis, TN read “Shelby Forest General Store  2-miles Established 1934.” 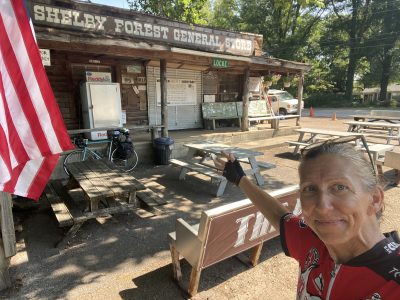 I debated for less than two seconds and thought this is what is so great about bicycle touring. 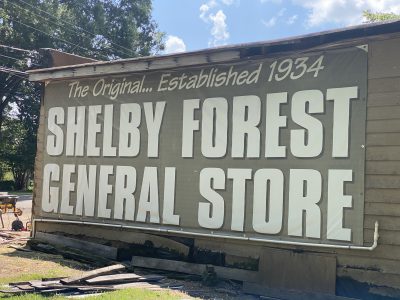 The Shelby Forest General Store had a worn wooden porch with a standard wooden bench out front for sitting, making high-minded decisions, and monitoring traffic.

Owners Doug and Kristin Ammons saved the store from being razed.

The story is told out front on a sign designed to resemble an historic marker as follows:

The Shelby Forest General Store, forged in the bowels of the great depression during a time of national hopelessness and despair, first opened her doors in the summer of 1934.  It was founded by Dixie and Emmett Jeter.

Her genius was originally a dry goods store offering a “little bit of everything “ with her owners actually living in the rear of the store.

Spending seven decades and a succession of various owners. she has value today and serves as sort of a local community center with good food, good friends, and good gossip a daily event including the old-timers who get together every morning on this porch to swap lies and discuss weather, health, politics, and what have you.

Rather than having her bleached and broken bones bulldozed into oblivion, her new caretakers intervened, fighting fiercely to defend and protect and ultimately rescue her through gentle restoration, not modernization.

We are committed to preserving and honoring her nearly referencing her for what she is and represents—a dignified genuine piece of Americana from a day long gone by.

Determined and respectful of our privilege and responsibility we will work hard to ensure that her noble legacy continues, for the past is our present to you,

Doug is the personality behind the General Store. With a previous life in marketing and sales, he is a combination of a carnival barker, showman, and preacher.

The bell clangs in old-school fashion as the screen door swings open to the old general store. It’s Mayberry in Shelby.

My bicycle cleats clap on the wood floor, now nearly a century old. Johnny Cash music plays in the background.

Proprietors of the old General Store used to say they’d know summer arrived when the dollars were wet and there was sand on the floor. 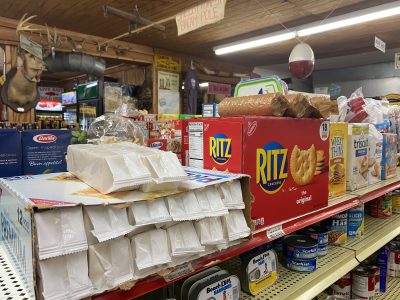 The aisles are narrow. There is no empty space as every nook has an item on a hook or a stack of stuff or simply a sign with a saying. 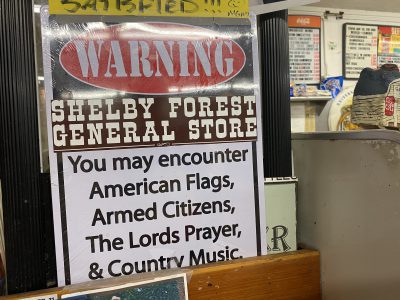 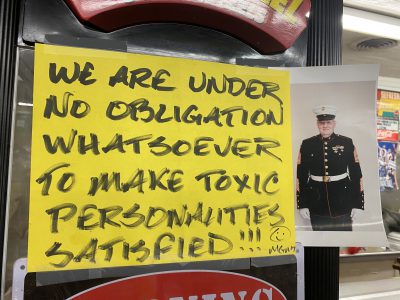 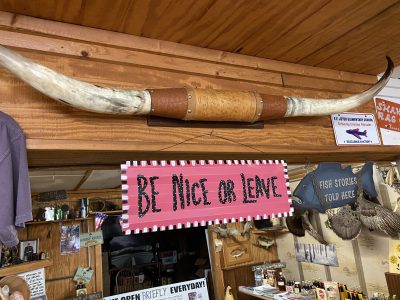 Kristin is the cook in the kitchen, highly touted by her husband. “She’s the real reason this place is still here,” said Doug.

Kristin spoils me with homemade grilled cheese. She throws in some color with fried onions, tomatoes, and peppers. “Nice and dark so you can smell it burning in the next room… that’s how you like it, right?” she asked. The cowbell clangs consistently. Campers and travelers and regulars from Shelby are in and out like a revolving door has been installed.

“This is where Justin Timberlake grew up,” said Doug. “Musician Al Green owned property back here and Justin would come after school to talk with him.”

There are shelves of rusty metal beer cans, separated by vintage signs advertising everything from soap to juice to insurance. 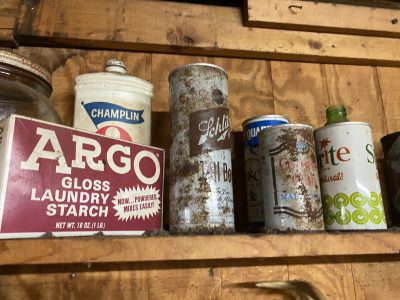 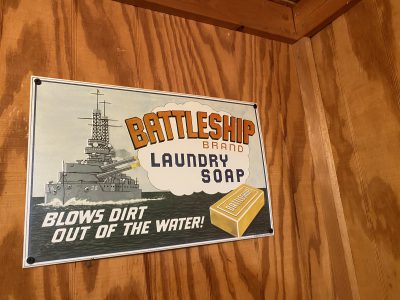 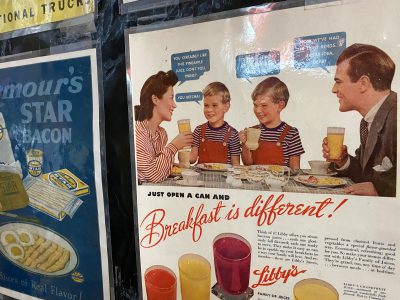 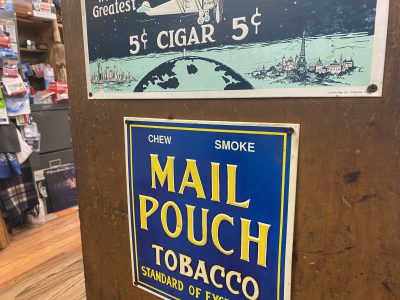 It is one of the treasures of touring and seeing America hard at work.